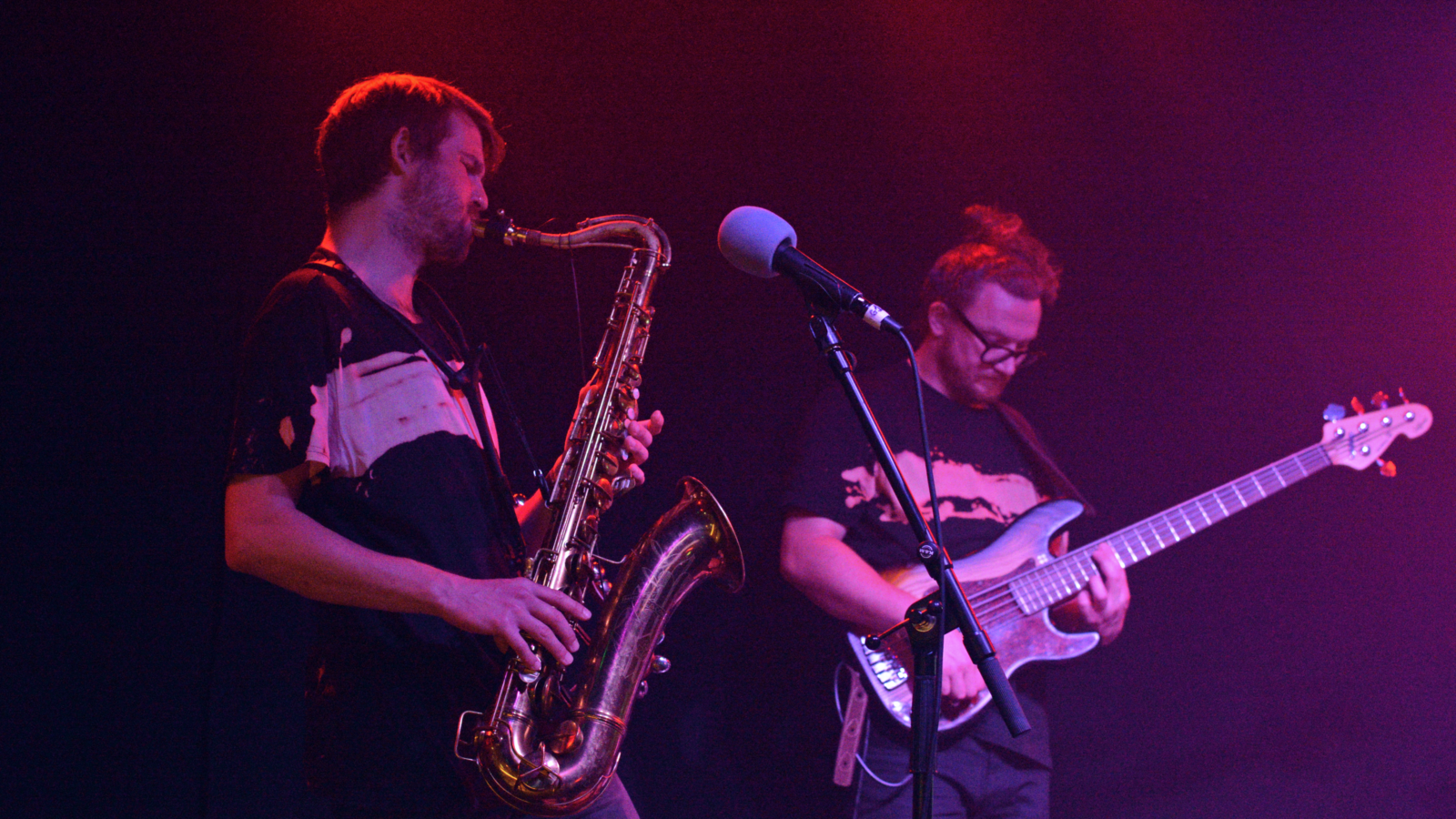 Minutes before Run Logan Run left the stage it was announced that there will be no more gatherings of more than six people from Monday 14 September, a slightly bittersweet note to end the night on. This was my first live gig since March, I couldn’t care less if it was a function band at a working mens club or a questionable busker in Broadmead, I was well overdue my fix for live music.

Naturally the night was a sell out, with the option to buy a table of four or six and fill them with your nearest and dearest. The Lanes have been doing an excellent job at ensuring that live shows are a safe environment for everyone to enjoy. 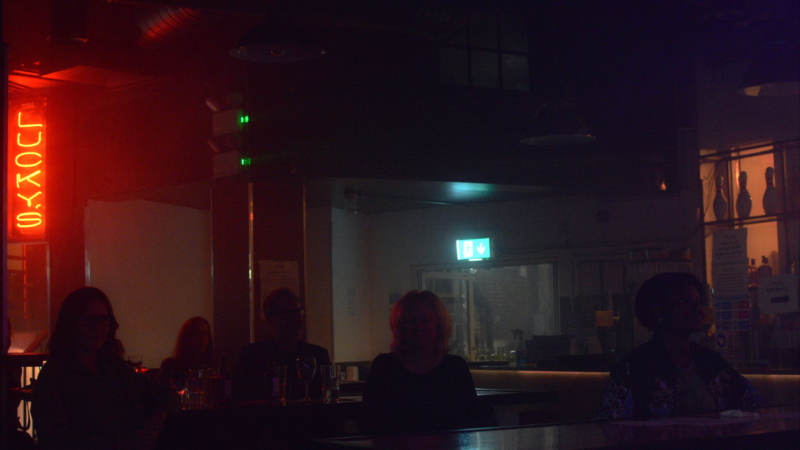 An entirely seated audience. Could this be the future for live shows?

Usually performing as a duo, jazzists Run Logan Run were joined by a third member for tonight’s show, powerhouse bassist Chris Jones of We Are Leif and DeCyphers Seemingly they’d been collaborating for quite some time, I wondered how the addition of a bassist would change the dynamics of Run Logan Run’s fiery performance. Chris quickly cemented himself as a force to be reckoned with. 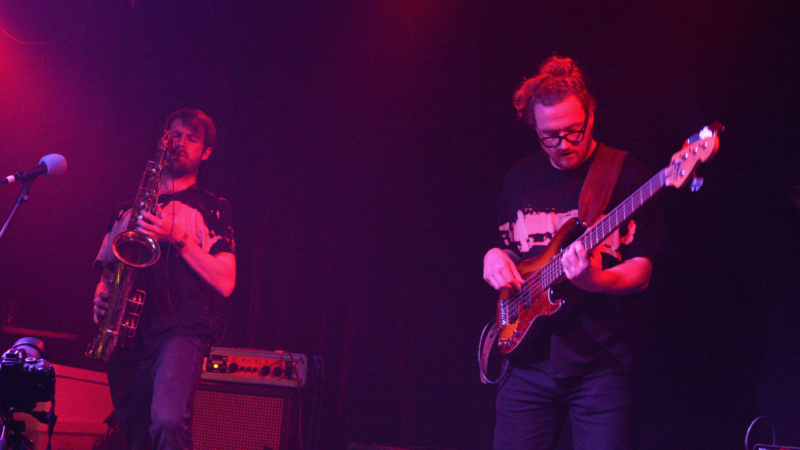 Joining the duo tonight was the well-established Chris Jones of DeCyphers.

A roar of whoops and cheers came from the crowd as all three began to set up, with saxophonist Andrew Neil Hayes laughing “we haven’t even played anything yet!”. All donned in matching acid wash t-shirts, Run Logan Run opened with behemoth ‘Screaming With The Lights On’, it was raw, guttural and made the whole room throb. 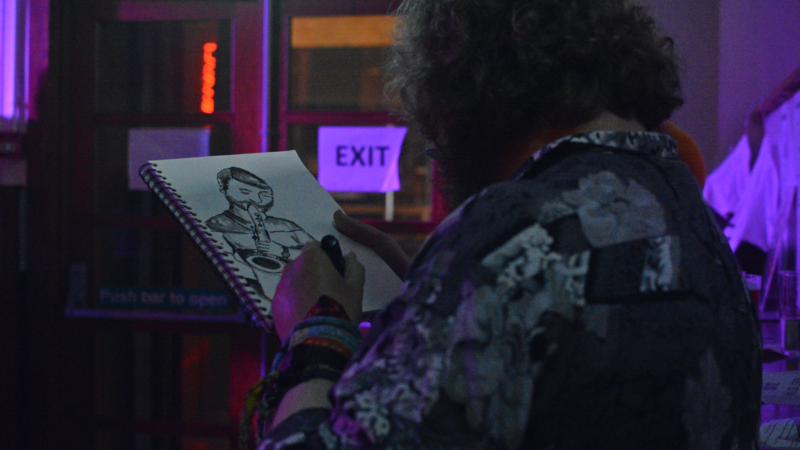 Big Jeff in his element.

Molding afrobeat and spiritual jazz, their performance was frantic and ferocious, with Andrew lunging and contorting his body when the song was at its zenith. I do fear for his posture in the future. This was their first show in months and the trio saw no reason to cancel, despite the fact that drummer Matt Brown has been playing the entire show with a broken foot – “he broke it running after his snare drum”. 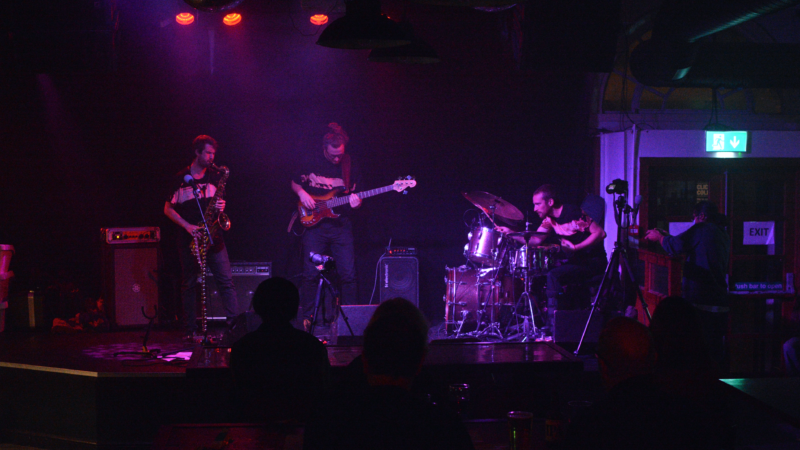 Despite a broken foot, drummer Matt Brown showed no signs of slowing things down.

Performing a selection of new material along with tracks that have been selected as part of New Horizons – the compilation released by Worm Discs which celebrates the Bristol jazz scene – Run Logan Run have solidified their presence within the jazz realm and further afield. Verging on performance art at times, their set was high octane and masterful and I look forward to their future endeavours with their latest member.

All images by Felix Workman

You can listen to New Horizons which features Run Logan Run, here: https://wormdiscs.bandcamp.com/album/new-horizons-a-bristol-jazz-sound