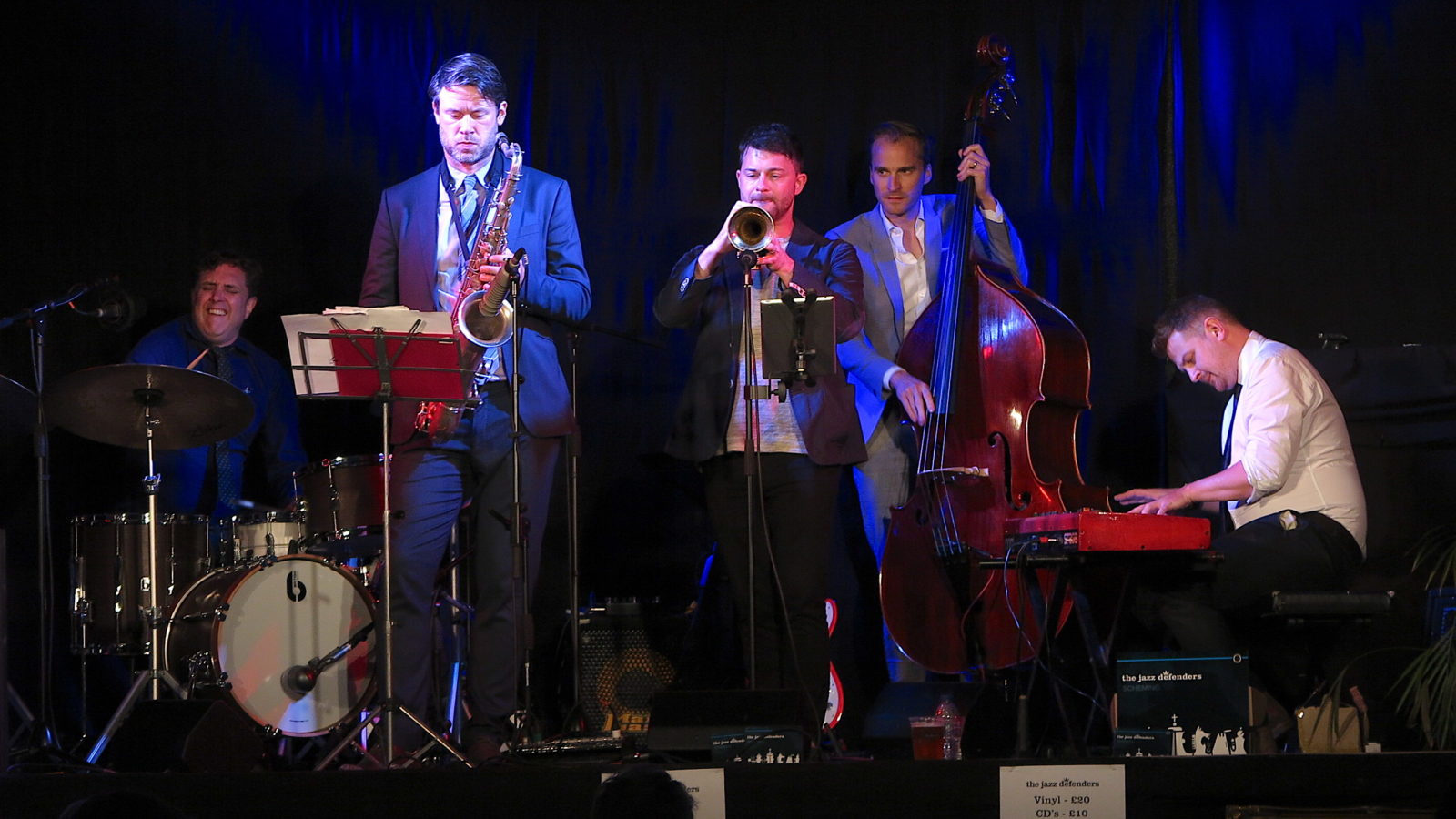 Yes, truly – it was a night of great live jazz on a real stage in happy surroundings; an ardently longed for experience reclaimed from those distant Olden (i.e. pre Covid-19) Days.

God bless Lakota Garden and the Bristol Jazz & Blues Festival whose promotion this was. Their pick of Bristol Jazz supergroup The Jazz Defenders was always likely to deliver quality goods and, despite months of performing inactivity and settling in new drummer Ian Matthews, the band didn’t disappoint a near-capacity audience liberally studded with Bristol jazz names. 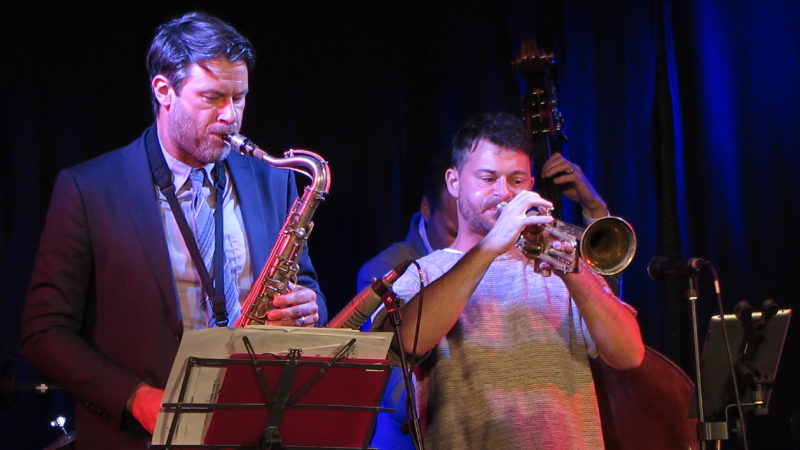 The Jazz Defenders is itself a blast from the aforementioned Olden Days, inasmuch as they base their sound in the grooving sounds of 60s Blue Note Records artists like Horace Silver, Art Blakey and others. The USP is that, with the odd exception, they don’t cover other people’s tunes but have worked up a set of original numbers.

Written by pianist George Cooper and bass player Will Harris, the tunes from debut album Scheming deliver melodic clarity and rhythmic drive with (courtesy of tenor sax man Nick Dover and trumpeter Nick Malcolm) the kind of tight horn arrangements that made hard-bop such a successful and popular era in jazz.

It’s a format that gives everyone the chance to shine as individual players rise out of the smoothly arranged numbers. Early on She’ll Come Round saw Nick Dover hit a fast-blowing Bebop sax vein, followed by a tumultuous piano solo from George Cooper that veered from off-beat Monkish stabbings to torrential arpeggios.

The assertive bass riff of Adderleyish I Bought It On The Moon fed into a plangent solo from Will Harris, while Nick Malcolm traced a delicate solo on the slower ballad Rosie Karima. 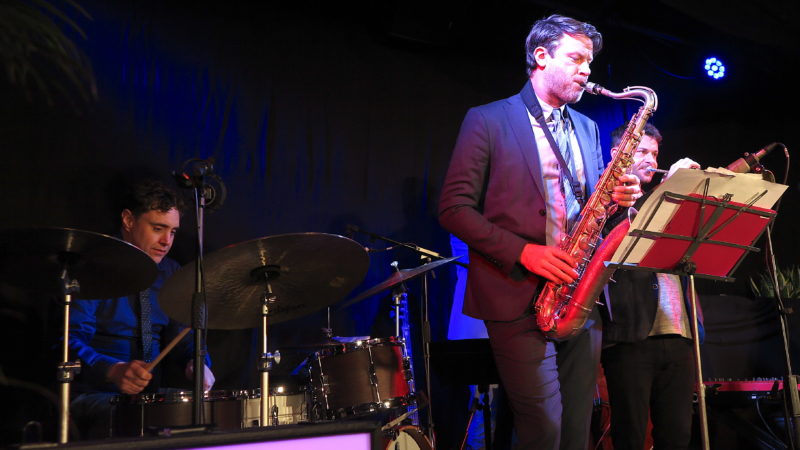 While providing the kind of precision you’d always expect it was good to see that a career in stadium rock hasn’t eroded the swing in Ian Matthews’ drumming, whether in the loose rumba of Top Down Tourism or the tighter swing-bop of Filthy McNasty.

Ian finally got to let rip in the upbeat closer Brown Down, a funkily cross-rhythmic wig-out that featured down-and-dirty horn trade-offs, two-handed percussive piano and a mysteriously be-shaded Will Harris playing electric bass while looking like an undercover CIA man. 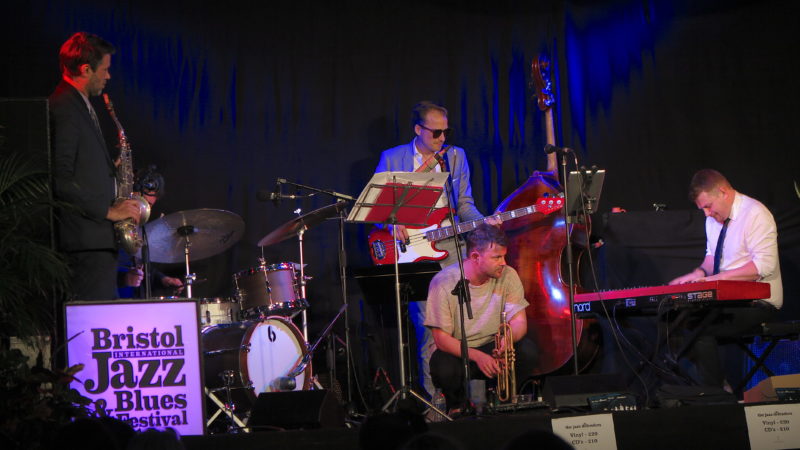 What shone out throughout the evening was the five players’ evident delight to be gigging again and the socially distanced audience’s reciprocal pleasure in being there.

Of all musical forms, jazz exists through the spontaneity of the moment and, while recordings have their value, it is being there as it happens that really gives the music its life. It’s been a while since we could actually be there and, having tasted it again,  we’ll surely be back for more.