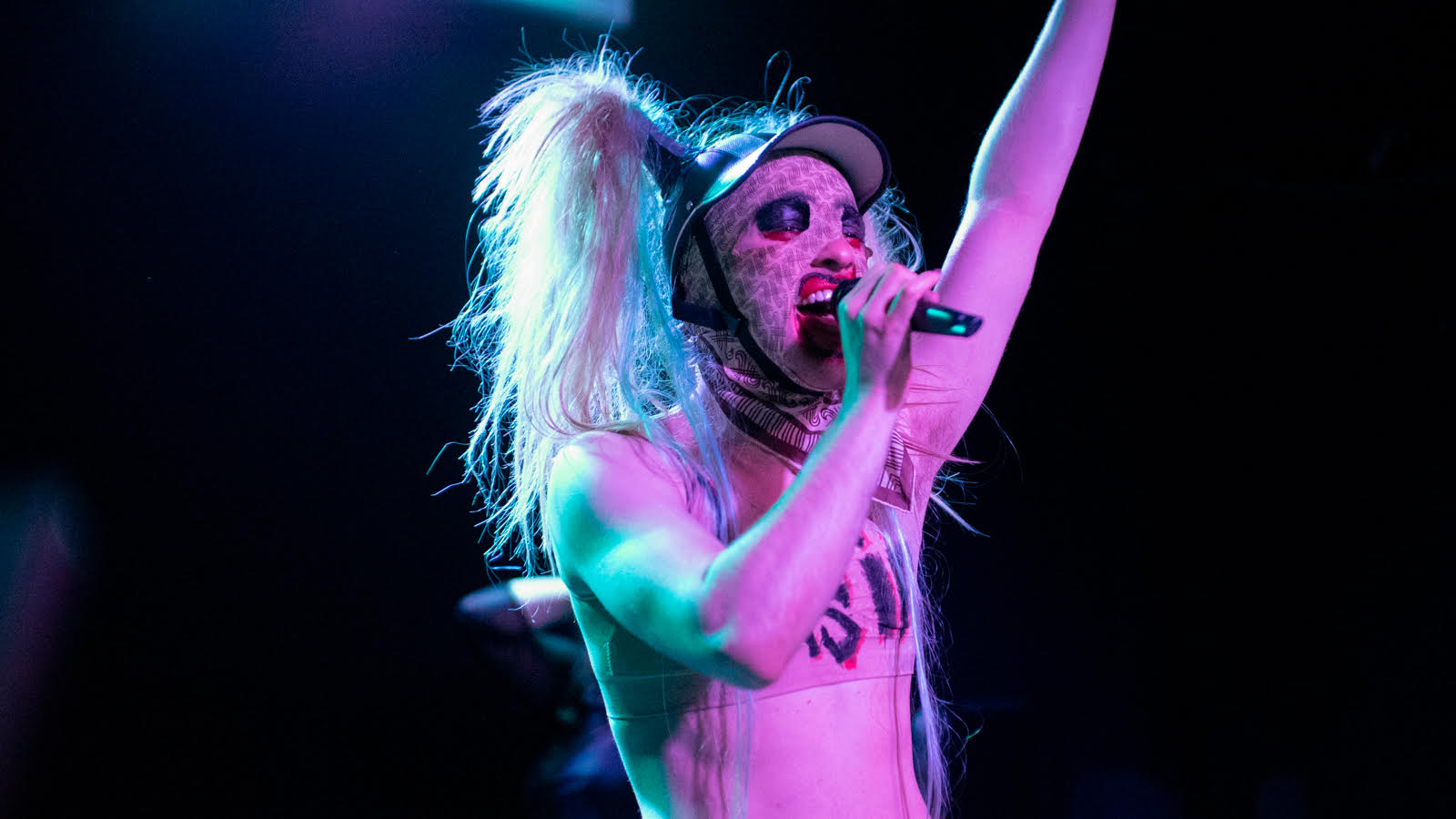 This was my first gig of 2020, I couldn’t have picked a better way to start the year than catch some heavy post-rock and drag to kick off the new year in style. Curated by The Milkshake Boys who provided funky grooves during the intervals, I walked in as Football FC were finishing their set. I could smell the condensation in the air, from what little I managed to see, the 5-piece were boisterous and energetic. Bodies were glued to the wall as the band thrashed into their final song which was filled with clattering riffs. 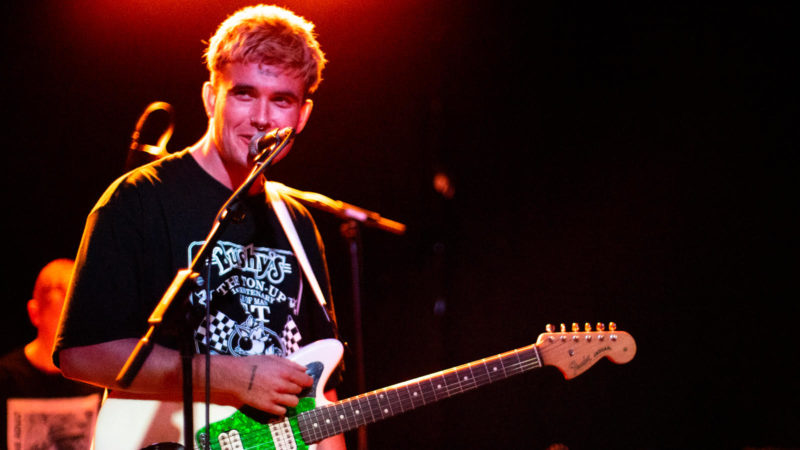 Any artist that manages to wrangle the words ‘Butlins Bognor Regis’ as a coherent lyric gets a big yes from me. It was a sweaty night with headliner Lynks Afrikka performing to a sold out show, the energy was tangible and infectious. 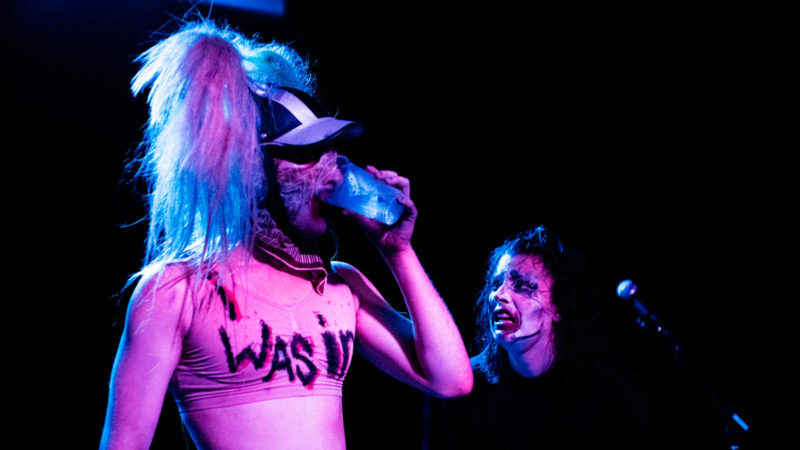 Lynks Afrikka is the drag alter ego of Elliot Brett, stomping on stage with knee high socks and sandals. Opting for a more subtle look with a nude illusion crop top and pants set which had the inscription ‘I was in The Guardian’ scrawled in lipstick emblazoned on the front. Then adding “I’m still very humble as a person” jokingly. Overdrawn lipstick peers through a cravat which covers his face, eye holes were cut out with no rhyme or reason giving the overall look a strong Leigh Bowery meets Hobbycraft moment. 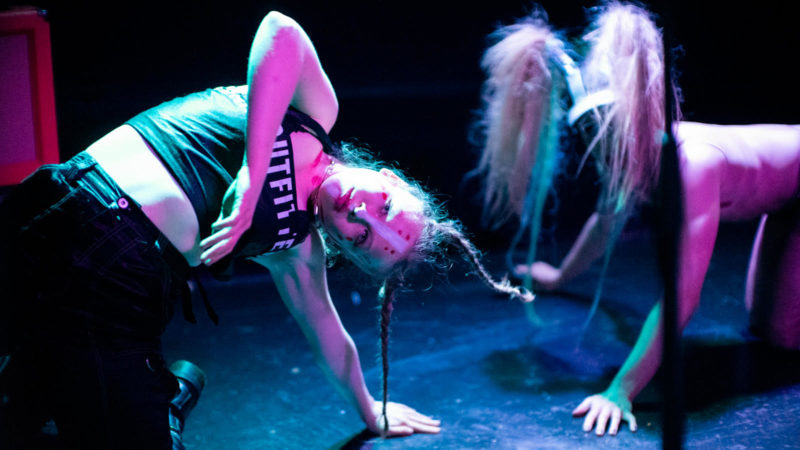 “There’s no backstage so we’re just gonna jump on stage and pretend we’ve just walked through the crowd”, Lynks hollered to the crowd. The cosmic sound seeped from the speakers and the industrial groans of Don’t Take It Personal flared up. This was probably the only gig I’d ever been to which didn’t feature a single instrument on stage. Lynks opted for a minimal set-up with a laptop hooked up to the speakers, the theatrics, dace routines and pockets of stand-up in between songs were enough to constitute for any instruments. 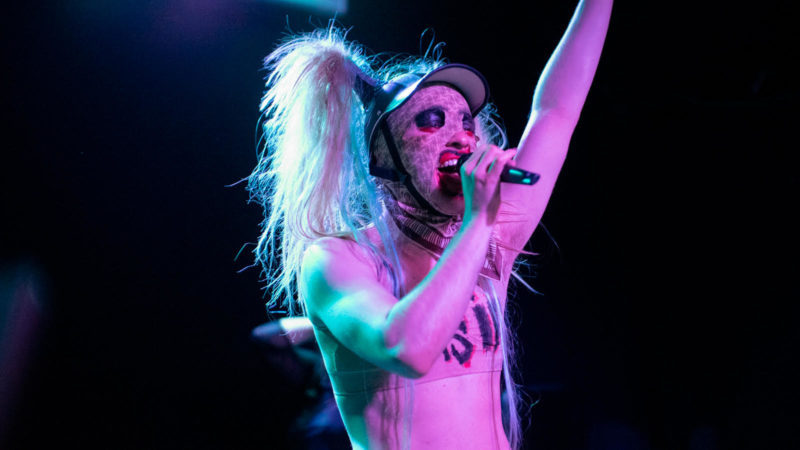 The bashful expressions from Lynks’ backing dancers/singers were queasy, levelling on CBBC presenter exaggeration. They were aptly called Lynks Shower Gel and Lynks Gift Set. The trio danced in synchronised formations which were reminiscent of Destiny’s Child Cater 2 U music video. I Don’t Know What I Want was high energy with its infectious lyrics having the audience shouting back in response. It reeked of hazy club music, dancable back beats which was very on-brand. It reminded me of GFOTY’s work mashed up with Slagheap’s sickly backing vocals. 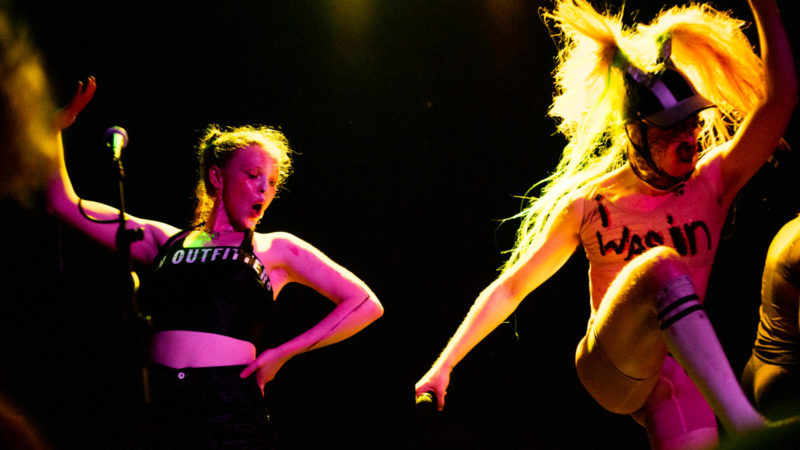 The vocals were delivered with might, the queercore-bubble-pop beats lay the foundations for Lynks’ astute and observational style of songwriting which only reminded me of writings by David Sedaris. Drenched in pop culture with nods to farmers markets, Victoria Beckham and excerpts from everyone’s favourite meditation app, Headspace. Lynks Afrikka is much more than a fragrance, it’s an entire experience. 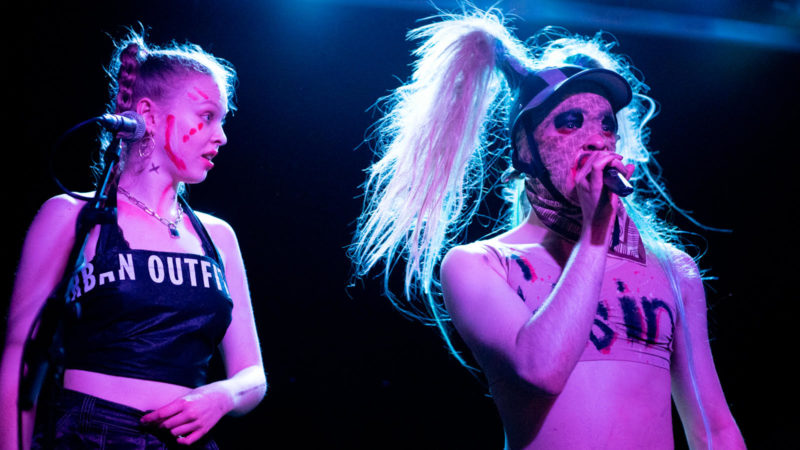 All images by Phil Riley