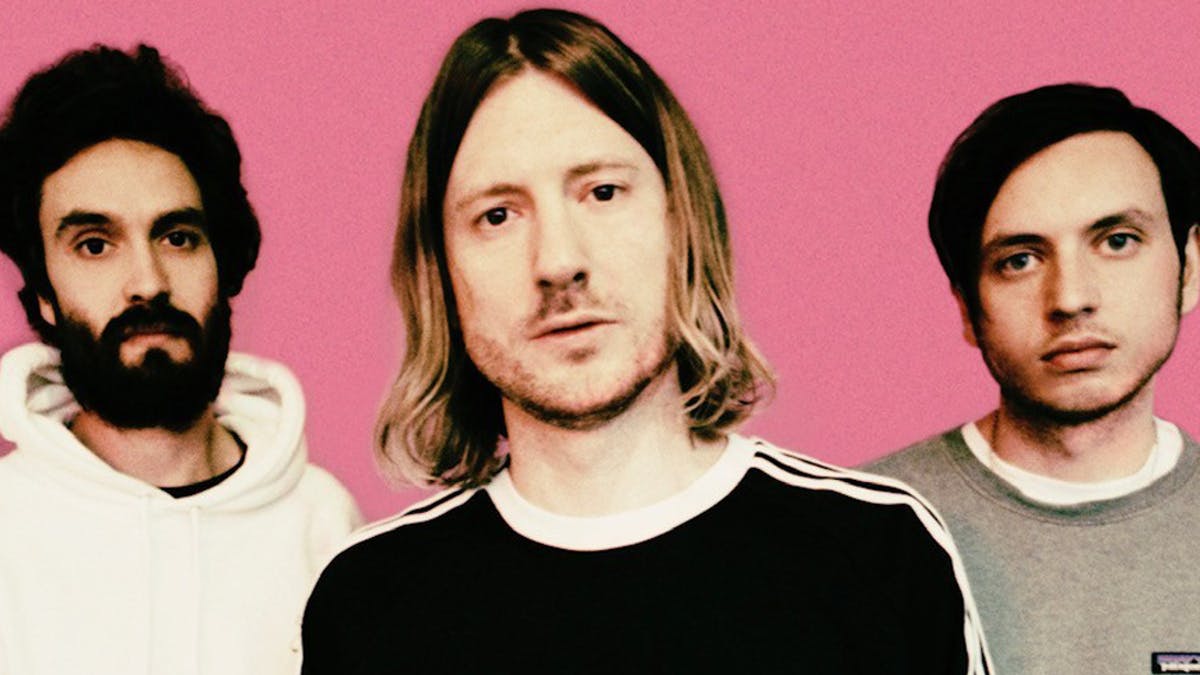 Tonight was the third time in recent years that Dinosaur Pile-Up have graced The Exchange with their ear splitting rock tunes and retro grunge aesthetic. What marked tonight out was the fact that the show sold out weeks in advance, the packed and riled up crowd bolstered by this year’s magnificent record ‘Celebrity Mansions’. Featuring more breakneck beats, dalliances with rap-rock and a real sense of fun, it was a step change in what we could expect from a reliable but at times static band. Riding high off both commercial and word-of-mouth praise, this sold out tour is a valediction of the daring they showed making the record.

Openers Big Spring display a real vigour in their songwriting, powerful rock songs built on chugging guitar and bass riffs. Their guitarist in particular deserves credit, switching from rhythm to lead in a blur, pitch shifting solos all while getting lost in the music, lurching about the stage. Mixing Alex Turner swagger with IDLES’ intensity, they have a smattering of loyal fans belting the words back and are able to win a fair few more over by the end of their half hour set.

Next up, Call Me Amour prove a more awkward fit on tonight’s bill. Over for their very first UK tour, they’re delighted to be here, pulling all the stage moves you’d expect from an American post-hardcore band. They ask for more from the crowd, and to be fair they do get it, although how much is genuine and how much is appeasement isn’t always clear. They’re clearly committed to their craft and polished performers, but you can’t escape the feeling they’ve swallowed a YouTube compilation of hardcore clichés without properly working out their own mission beforehand. It comes across as slightly contrived for all their desire onstage. Given the devil-may-care nature of the headliner’s slacker rock, it’s certainly a strange billing.

Shuffling onstage to a warm reception, Dinosaur Pile-Up tear into their standard ‘Arizona Waiting’ with a customary snippet of Weezer’s ‘Say It Ain’t So’. Given the left-turn of the new record it’s a smart choice, an old classic turning the packed room into a seething sweaty mess within minutes. ‘Stupid Heavy Metal Broken Hearted Loser Punk’ with its ‘00s rap-rock hook then shows exactly why the trio are experiencing their moment in the sun. ‘K West’ follows, the comparisons of a down to earth band who wait tables in between tour with the likes of Jay Z and Kanye are brilliantly tongue in cheek and delivered to a surf rock earworm.

‘White T Shirt and Jeans’ still rips, Pixies’ influence worn proudly on frontman Matt Bigland’s long sleeves. Title track ‘Celebrity Mansions’ is a triumph, wry musings on riches (or lack thereof) paired to a crunchy chord cycle that would have Weezer nodding in approval. The demonic old favourite ‘11:11’ cycles its massive chorus for a few minutes, and it’s tempting to wonder how many of the audience are going to be able to hear anything at work on Monday morning.

There’s no better way to finish with ‘Back Foot’, the most daring and most catchy cut from ‘Celebrity Mansions’. You could be listening to Limp Bizkit in the verse, except Bigland’s rapped lyrics are packed with self-deprecation and Beverly Hills dreaming that feels quaintly retro for a rock band in the streaming age. It’s this humour that really grounds the album and you can see that whatever trials and tribulations and shitty second jobs the trio have to go through to release and tour music, on nights like tonight it is all worth it. They’re at the sweet spot of a dedicated fanbase cultivated over years of touring and a new public brought in by their risk taking new material. Sold out, sweating and screaming along, tonight at the Exchange is a special evening for band and fans alike and feels like a coming of age. Bigland claims “This will be the last time we play this venue”, which while bold, is backed up by the show having sold out in July. Next stop the Fleece? Moshers, watch out for those poles.