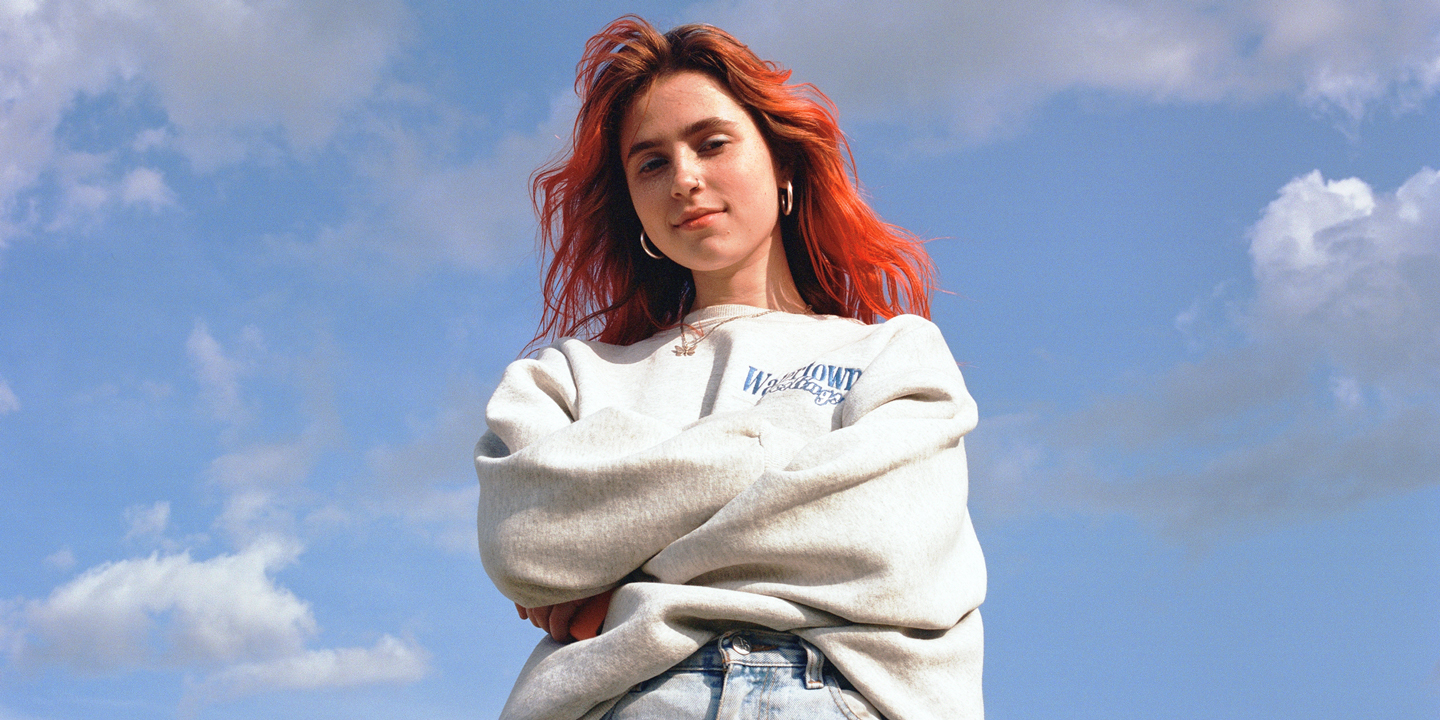 One of the worst things that could possibly go wrong in your debut Bristol show – or any, for that matter – would be to lose power a third of the way through your set. Sadly for Clairo – one of the year’s breakout stars who has garnered a legion of teen fans and secured a somewhat cult status in Internet music culture – this was the case.

After the final bars of the percussion-driven, jangly-indie non-single track North came to a close, no more sound came out of the instruments on-stage. “We’ve lost power,” she tells the crowd, masking her nervousness just like she hides her face behind her 70s-inspired feathered hairdo for most of the gig. But, after a couple of minutes of awkward rumbling in the audience and stagehands and the band running back and forth, it all seemed like a timely introduction to Bags – her most tenderly emotional apex and a song recently named as one of the best of the year by The Guardian and Annie Mac.

Earlier on in the evening, the mixed crowd full of Depop-ready teens, young adults towards the older end of the spectrum, LGBTQ+ couples and plenty of youngsters whose mums and dads hung out under the eaves were suitably riled-up by the bedroom pop of the aptly-named Dream Boy and a kind of Brockhampton-gone-pop-punk in the shape of LAUNDRY DAY.

By the time Clairo took the stage at the well-past-most-of-the-crowd-bedtime time of around 9.20 pm, the wait to see their idol had come to an end. Silhouettes against an ice-white backdrop, her band members – then the woman of the hour – all appeared one-by-one. She launched into a play-by-play of her expansive discography: album single, non-single tracks, B-sides, unofficially released tunes, untitled new material and viral hits from her early EPs. They’re coddled in cotton and hyper self-awareness, going through each lyric exactly how they sound in the studio recording, her vocals immaculate and unwaveringly in-tune. Behind her, the backdrop transitions from moving Toy Story-esque clouds, to golden cornfields, to toxic neon orange (a visual accompaniment to the quintessential Soundcloud sad teen track Flaming Hot Cheetos).

The show’s biggest moment comes in the finale – and it’s the moment Clairo finally finds her feet on SWX’s stage. She translates her sprawling electronic collaboration with British producer Mura Masa – I Don’t Think I Can Do This Again – into an indie-pop-rock belter, roaming around the stage in response to the euphoria of the room, mastering her status as the lovelorn teen idol she was born to become.