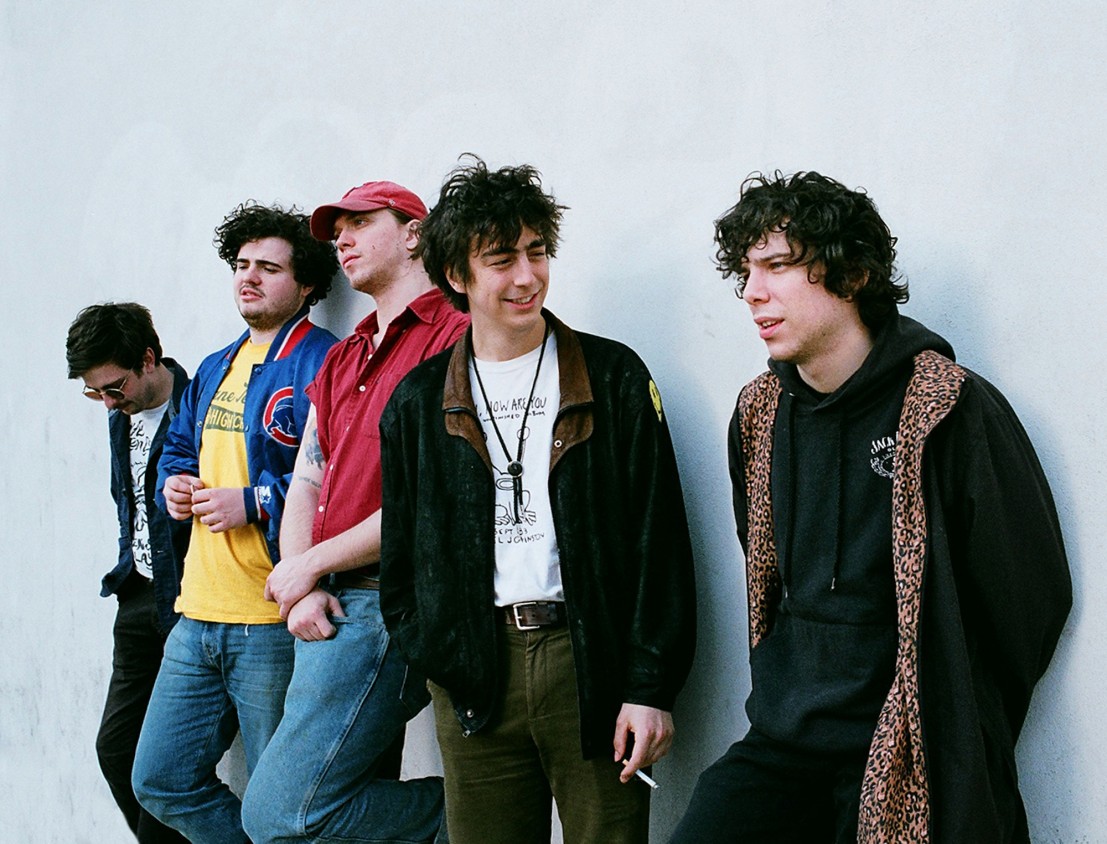 The autumn to spring period offers the ideal opportunity for artists and bands alike, to perform their latest and former material to seasoned gig-goers before hitting the festival circuits in the summer months. Twin Peaks are a grunge, alternative-rock collective from Chicago, that are doing exactly that. They’re Embarking on tours across Europe (including a whistle stop tour of the UK Australia and their native America. The Chicagoan quintet have newly disembarked from their European tour having recently performed in the French and Dutch capitals. Twin Peaks are finally on the British leg of their promotional tour for their latest album release Lookout Low.

Thekla welcomed Twin Peaks and Deeper aboard for the evening for an all-Chicagoan showcase of alternative-indie and sludgy-garage rock. Both of the lower and upper decks were stacked full to capacity for Deeper’s supporting set that sent thumping vibrations into each attendee’s internal organs and throughout the cargo ship’s foundations.

Deeper have spent their core years trying to harness their own sound by using and employing a trial and error method, and it is safe to say they have found it. Shiraz Bhatti, Nic Gohl, and Drew McBride duelled, collaborated and soloed to illustrate their innovative sub-genre blend of post-punk resurgence, alt-indie freshness and electro-euphoria to Thekla’s shipmates.

The lower deck had already hosted multiple mosh-pits and half-hearted crowd surfs during Deeper’s performance, with plenty more expected to occur upon Twin Peaks’ arrival. The band teased the audience and gradually built their anticipation by performing the sound check themselves and the audience welcomed each band member with uncontainable admiration. The stage set-up embodied the quintet’s American heritage featuring red, white and blue spotlights and an intermittent smoke machine that filled the stage with an eerie mist that settled amongst the band’s instruments.

After sound check was completed, the band made a swift exit backstage as the lights switched to a devilish-crimson and a soft-jazz tune began to play over eager-infused chatter. Colin Croom led the band onto the stage and was greeted by an array of gleeful faces, flash photography and waves of intense vocal appreciation. Connor Broadner began the opening song with an escalating rumbling intro on the drums before Cadien Lake James and Clay Frankel offered heavy-vocal support.

The band were jam-rocking from the get go with heads spinning, grunge infused hooks and heavy energy being transcended onto the lower deck and ascending balcony. The audience needed no invitation to start forming a passionate, inescapable mosh pit that would stay prominent throughout the entire set.

The set featured a mixture of the band’s previous successes and latest material from their new album Lookout Low. Twin Peaks are infamous for sludgy, worn-in guitar duels, heavy-rock laced piano work and vocals that border on the gentleness of alt-indie and fiery heavy-metal.

The setlist gave each band member the opportunity to deliver and illustrate their individual vocal abilities. Jack Golan delivered a well-oiled solo intro for ‘Walk To The One You Love’ and Frankel produced a gentle, stripped-back sound with his performance of ‘Blue Coupe’ that showcased a delicate side to the band. Twin Peaks managed to momentarily contain the mosh pit with ‘Baby Blue’, the enclosed circle disbanded and the audience joined arm in arm to create a gentle rocking sway, as if the Thekla were actually at sea.

This didn’t go unnoticed by Lake James or by Frankel as they commented that “it feels like we are on a boat, and you all look like sardines”. An accurate comparison as the enclosed group resurfaced, the crowd surfing resumed and the mosh pit continued at an uncontrollable rate.

Twin Peaks are definitely at their best when they all combine to deliver dense, pulsating choruses that thump into hearts, shake venue foundations and encourage head spinning. Twin Peaks’ defining USP is their ability to seamlessly interconnect to showcase the recherché genre that is grunge-infused rock ‘n’ roll, whilst being deeply-immersed in their own distinct performances.

The set looked finished, with the band exiting the stage whilst throwing up peace signs and waving to the crowd, before descending into the backstage darkness. The audience weren’t ready to say goodbye with the classic gig-goer charter of “one more tune” being belted. Frankel and Co. returned right on queue to provide a two song encore that finished with a Twin Peaks classic ‘I Don’t Wanna Miss You’ that featured one final reverberant, head splitting crescendo.