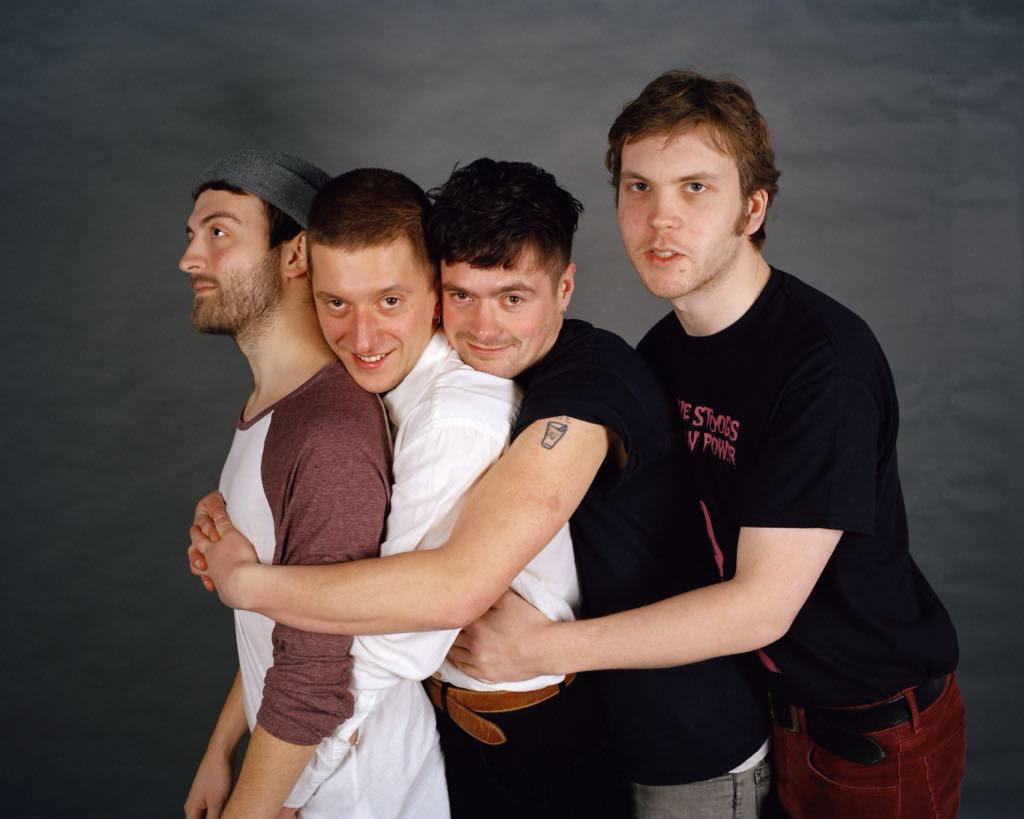 With their upcoming tour with Idles fast approaching, Bristol-based punk band Heavy Lungs are seeing their friends’ stratospheric rise rub off on them, not least because lead singer Danny Nedelko shares his name with one of Idles’ biggest tracks to date, and the band have reciprocated with a song called Blood Brother, borrowing a lyric from the original song to celebrate Joe Talbot of Idles.

Heavy Lungs have recently performed at Astral Festival, and have an exciting few months ahead that will see them begin an eight-week sold out tour of the UK, beginning with what promises to be an incredible homecoming gig supporting Idles at SWX on October 16 .

We sat down with two of the foursome, Danny and guitarist Oli Southgate, to chat about Bristol’s punk scene, the band’s musical inspirations and what it’s like to be immortalised in an Idles track.

Did you always want to do music?

Danny: Yes, I was playing the piano when I was ten. It was always obvious to me.

Oli: Me too, I started playing the guitar when I was seven.

How did you all meet and decide to form a band?

Danny: I had come up with the name Heavy Lungs years before the band even came together. I had heard it in a song once.

Oli: We had always had the idea of forming a punk band, and I already knew James [Minchall, bassist] from work. Then George [Garratt, drummer] came on board in 2017 and we did our first show.

Danny: It took so many years for the band to come together, I started doubting myself. I was like: “Is Heavy Lungs even a good name?” but it all worked out.

Where do you get your influences from?

Danny: We get a lot of our inspiration from other artists and their lyrics. Over time, what we write gets adapted and changed so much that before it’s finished it becomes something completely new.

Oli: People go on about the power of music, but don’t put any power into their music. Our music comes from influences of what we don’t like as well as what we do like. If you’re going to play a guitar then just play it.

How do you think being a band from Bristol makes you unique?

Danny: Having such a close friendship with Idles is obviously a big thing for us. There’s mutual friends, too: if someone’s playing somewhere one night then you won’t perform on the same night, which is nice. Also, if you’re missing something like a drum stall, even half an hour before going on set, chances are someone will have one. It’s all very friendly.

Oli: The easiness of getting around the city is a big bonus, and there’s no massive difference in crowd size between shows. People go on about the Bristol scene a lot, but I don’t think there’s really a scene as such.

How does having such a close friendship with Idles benefit you?

Danny: We have been good friends for a long time, and our tour is coming up, which is very surreal. It’s an amazing opportunity that we are very grateful for.

Oli: I used to live with [Idles drummer] Jon Beavis and have known him a while, and with developing the band it was really helpful in terms of management. As for the tour, we’re feeling a mixture of excitement and nerves. It’s taken a lot of organising and there’s a lot of admin to do.

Danny: It will be a good chance to play in new venues, and just to spend two months sharing a stage with some of our best friends and playing pranks on them.

How do you feel to have had one of Idles’ songs named after you?

Danny: I feel very flattered and humbled about the song. Joe told me he was going to write the song about two years or so ago so I’ve known a while. If anything, nobody believed me that they were going do it! But I knew from the second he told me at Arnolfini that it was going to happen. With the song becoming massive and being played everywhere it still very surreal and makes me happy every time I hear it.

Where do you hope to go in the future?

Oli: Meeting Noel and Liam Gallagher, definitely! But on a serious note I think we all just want sustainability, maintenance and just to grow over the next few years to a point where we have freedom, which a lot of artists don’t really have.