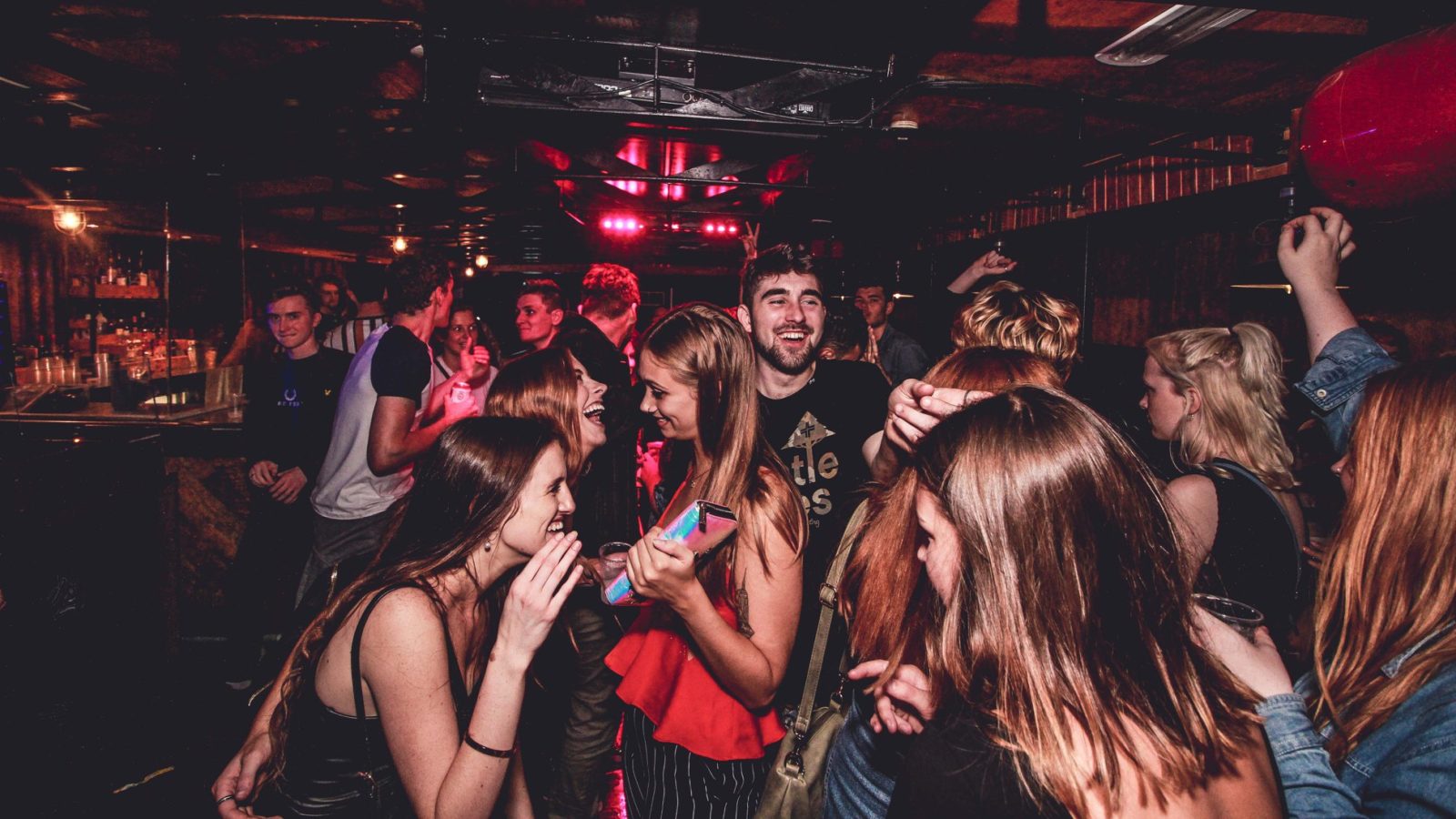 Thekla will be slipping its moorings for the second time this year to undergo a £1m transformation set to secure its future for the next 50 years.

The famous former cargo ship will be transported from its usual spot on the Floating Harbour to the Albion dockyard by SS Great Britain on Saturday, June 1, where it will remain out of action for three months while work is carried out.

But not before the venue celebrates its 35th anniversary in style, with sets from the likes of BBC Radio 6 Music’s Steve Lamacq and Bristol’s own drum & bass legend Roni Size from Thursday, May 2 to Sunday, May 5.

A recent routine inspection revealed the boat’s hull is coming to the end of its life and Thekla’s owners say the £1m overhaul, which includes welding in a new, steel offset hull, will secure its future for at least half a century more.

“There’s a lot of love for Thekla in Bristol, around the country and worldwide,” says George Akins of DHP Family, which owns the famous ship.

“From music fans and bands like Florence and the Machine, White Denim, Mumford & Sons, Ellie Goulding and many others who have played there over the years.

“We’re committed to preserving that heritage and that’s why we’re getting the new hull fitted – we need to make sure that Thekla continues to be a great night out for the next 50 years.” 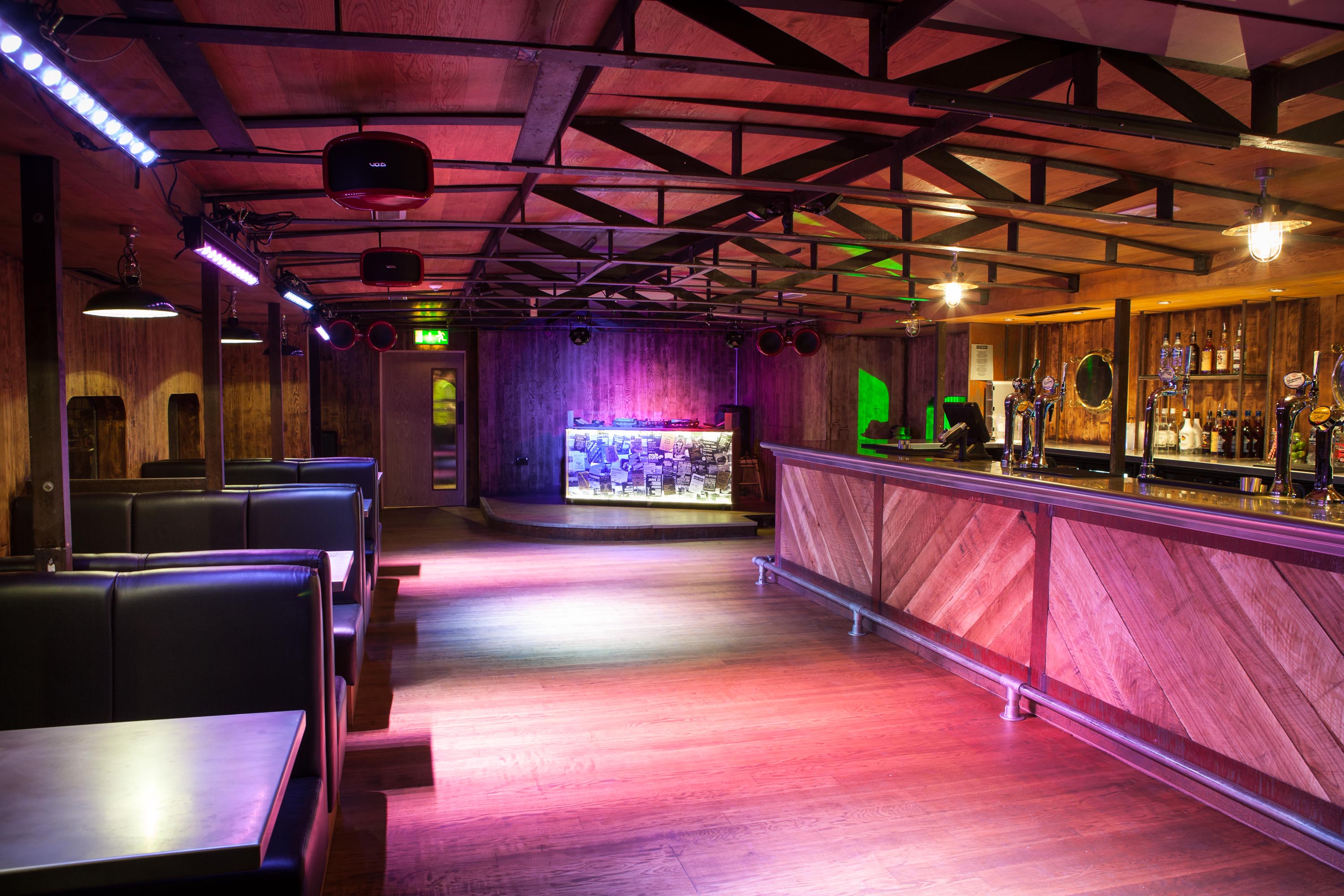 Built in Germany in 1958, the former cargo ship first arrived in Bristol in August 1983 and became the ‘Old Profanity Showboat’, which played host to live music, cabaret, comedy, plays, musicals and poetry events, as well as an art gallery.

Throughout the 1990s and into the early 2000s, Thekla was run as an underground nightclub, before being bought and fully refurbished by its current owners in 2006.

The boat’s last visit to the Grade II-listed Albion dry dock for an MOT was only in January. The dry dock itself was only reopened in 2018, allowing maintenance and repair work on large ships to be carried out in the city once again. 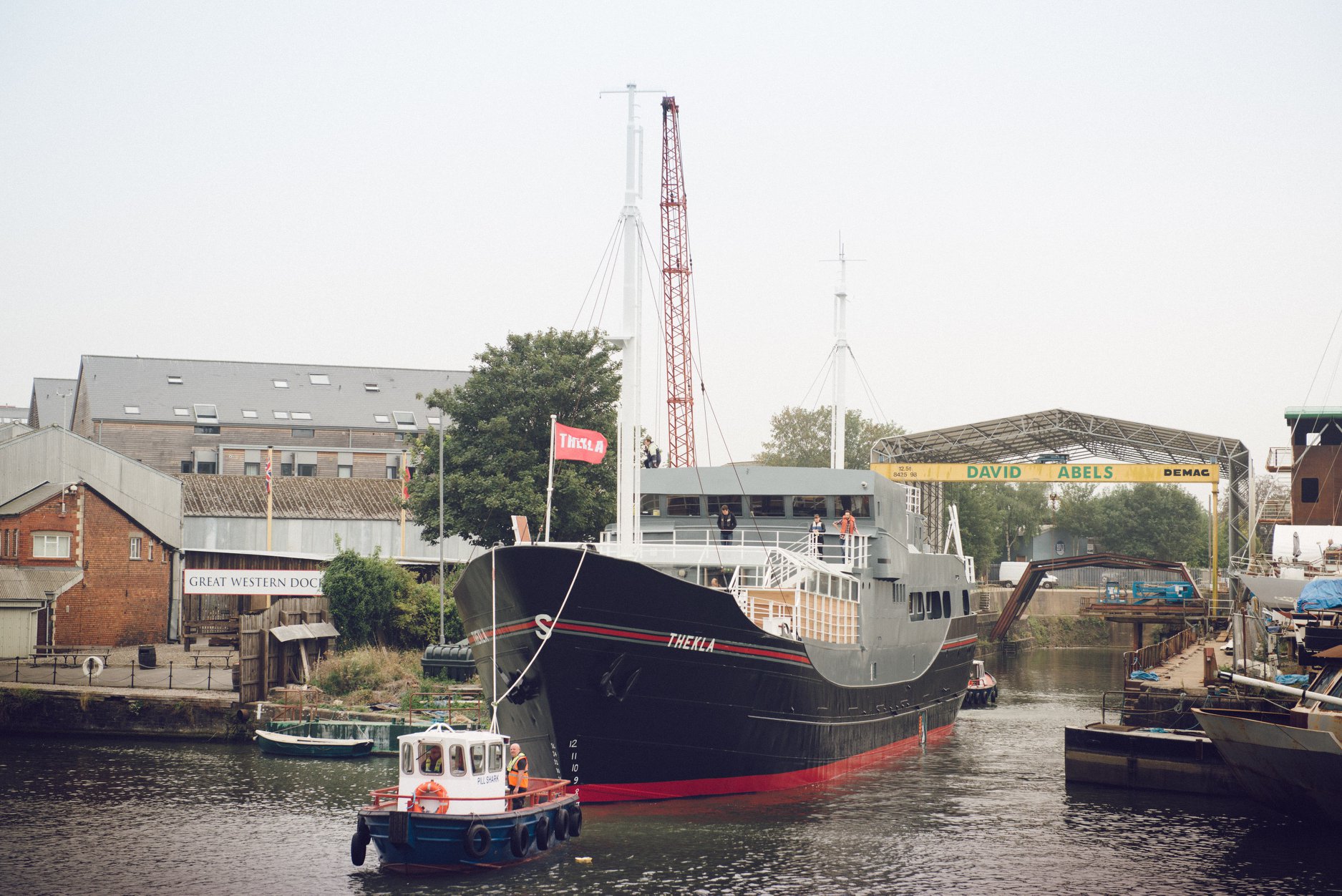 Thekla floating into the dry dock in January

Commenting on the project, Martin Childs, of the Albion Dock Company, says: “We are very pleased to be undertaking works on the Thekla and so secure her long term future in Bristol.

“Equally, her visit to the Albion Dockyard helps our venture bringing this historic facility back to full time use as a working dry dock.”

The ship will return to its usual position early in September 2019, when it will reopen to the public. Exact dates will be confirmed nearer the time.

Inside photos courtesy of Thekla