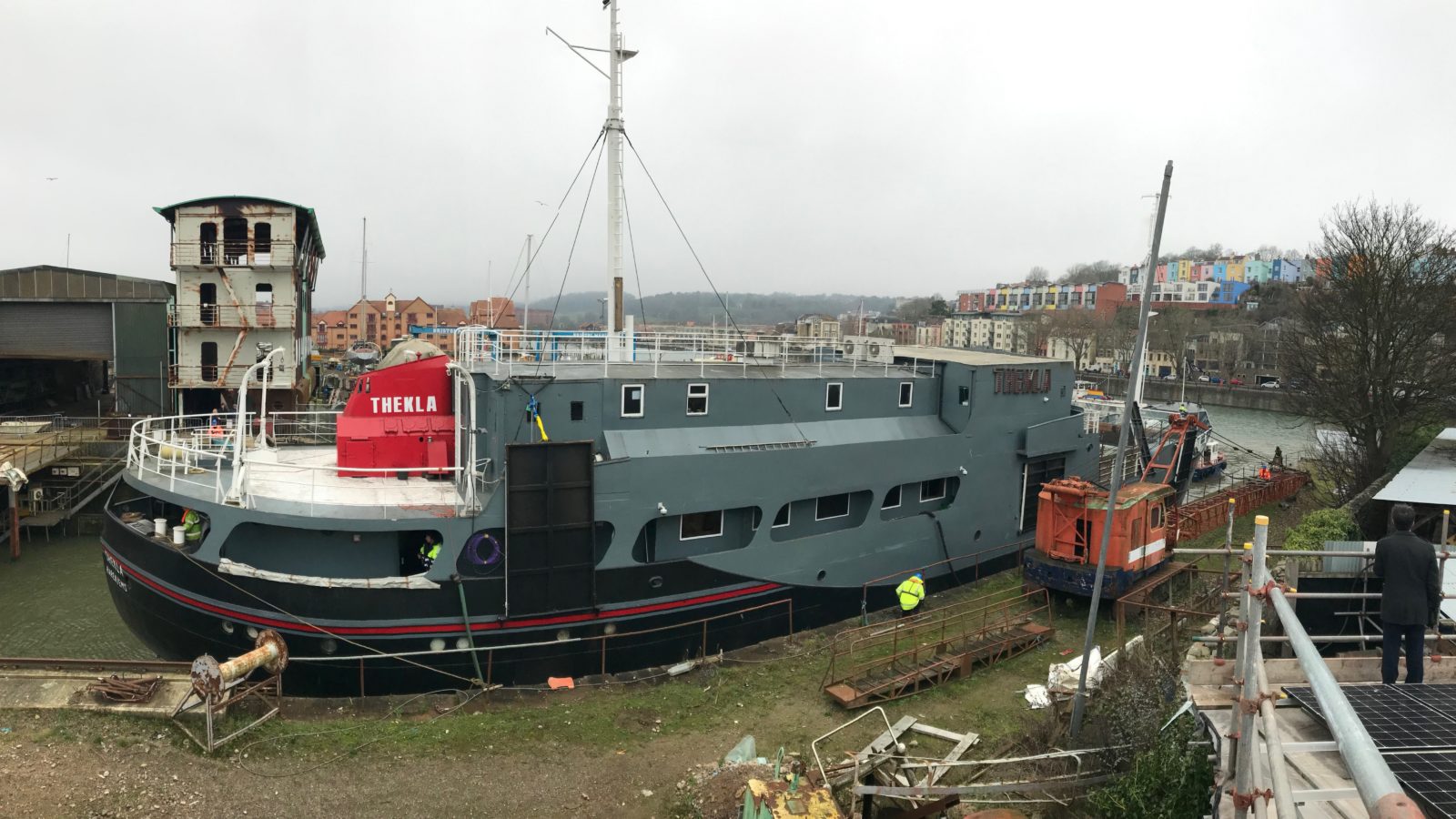 “Where’s the Thekla gone?” asked a young woman with a colourful scarf wrapped tightly around her neck on Monday afternoon. She has lived in Bristol for three years and in that time has never seen the Thekla leave its usual home on The Grove.

But like every boat, every once in a while it needs to get its bottom inspected.

So on Monday morning, the former cargo ship slipped its moorings for the first time since 2014 and with the help of two tug boats (including the splendidly named Pill Shark) carefully made its way to the Albion dockyard next to the SS Great Britain.

When Ki Longfellow-Stanshall and Vivian Stanshall originally bought the Thekla to Bristol in 1982 as the Old Profanity Showboat with the idea of running a theatre and art gallery on board, they floated it up the River Avon, radioed the harbour master to say they were adrift and were promptly rescued.

The boat has stayed in Bristol ever since – in recent years hosting the likes of Robyn, Florence & The Machine and The xx – despite spending its initial time in Bristol fighting the harbour master who wanted it to be removed.

The harbour master kept a keen eye on proceedings on Monday as the Thekla sailed slowly down the Floating Harbour, with the final manoeuvre being a 45-degree turn almost on the spot before being reversed into the Albion dockyard, which was only reopened for business at the end of 2018.

The Thekla is only due to be in dry dock for a few days for its routine inspection, so expect to see the little tugs back in action later this week to return the famous boat to its usual home.

Read more: 5 things you might not know about the Thekla