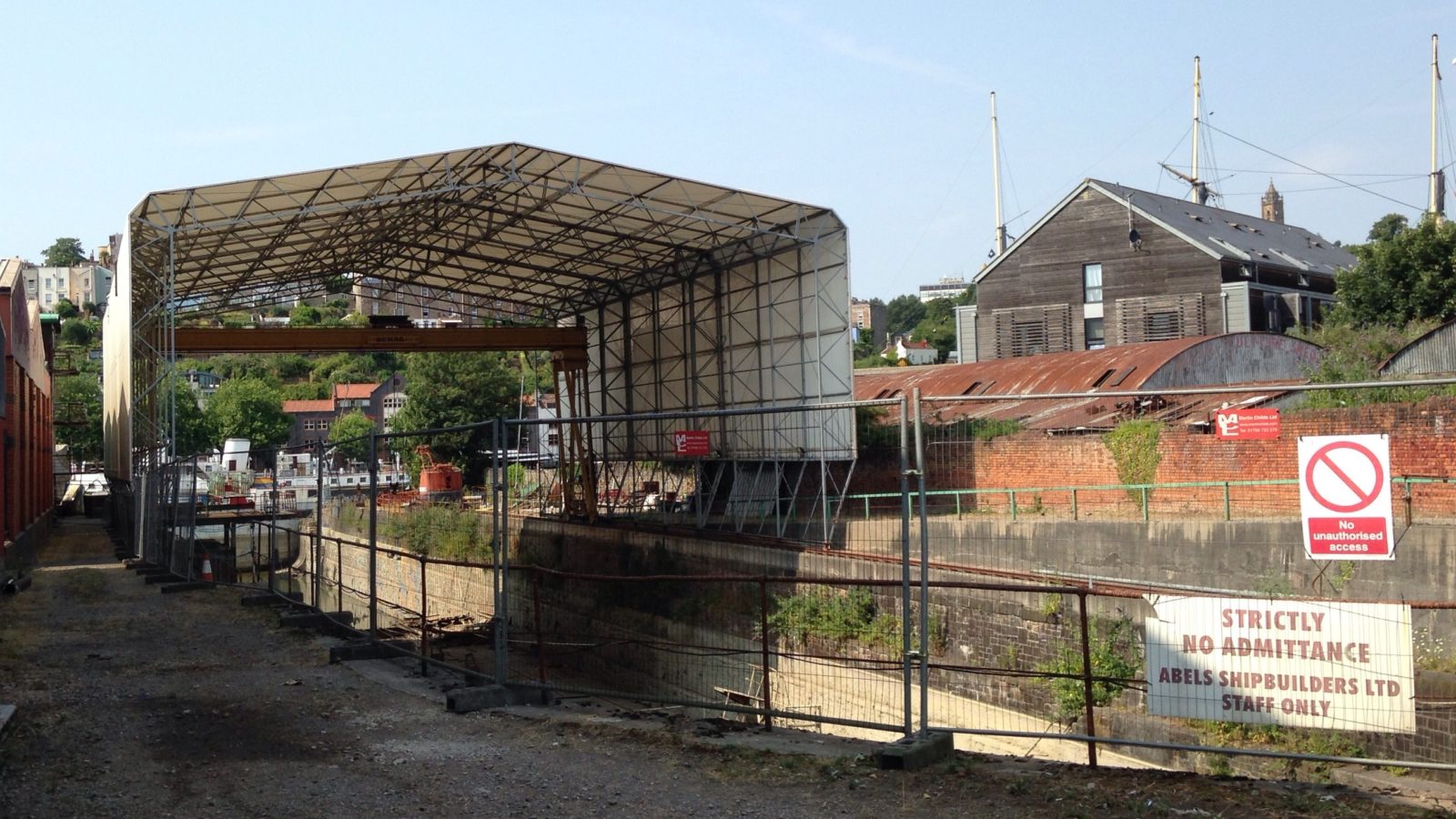 On the same day as the SS Great Britain celebrates its 175th birthday, bosses of Brunel’s famous ship have revealed that they will be taking over the running of the neighbouring dry dock.

When shipbuilder David Abels retired in 2016, there was uncertainty over the future of the 540ft-long grade II listed Albion Dry Dock – which is located next to the resting place of Brunel’s famous ship in Great Western Dockyard.

Now, a partnership between the SS Great Britain Trust and Bristol City Council will once again see shipbuilding as well as repair and maintenance taking place at Albion Dock; starting with former Dutch barge Ellen next week.

Dug in 1820, Albion Dockyard was created by Charles Hill and James Hilhouse who built many ships on the site until the city’s docks were closed to commercial traffic in 1977.

Abels Shipbuilders built small ships from 1980 onwards as Bristol Marina was created across the rest of the Charles Hill yard.

Large Bristol-based vessels are likely to have priority in the city’s biggest dry dock, which will be run by the Albion Dock Company established by maritime manufacturer Martin Childs along with Paul and Steve Beacham of Sharpness Shipyard & Dry Dock.

He added: “Working with Bristol City Council and the Albion Dock Company, the Trust will continue its role helping to restore and care for the city’s maritime heritage.”

Albion Dock Company director Martin Childs said: “Together with the services already offered by the Underfall Yard and the Bristol Marina, a functioning Albion Dry Dock will mean that Bristol can support an even broader range of high-quality maritime services.

“We are looking forward to welcoming our first customers.”

Tanner said that a later stage, he and his team would like to explore increased public access to the dockyard so that people can see and learn about maritime engineering skills.