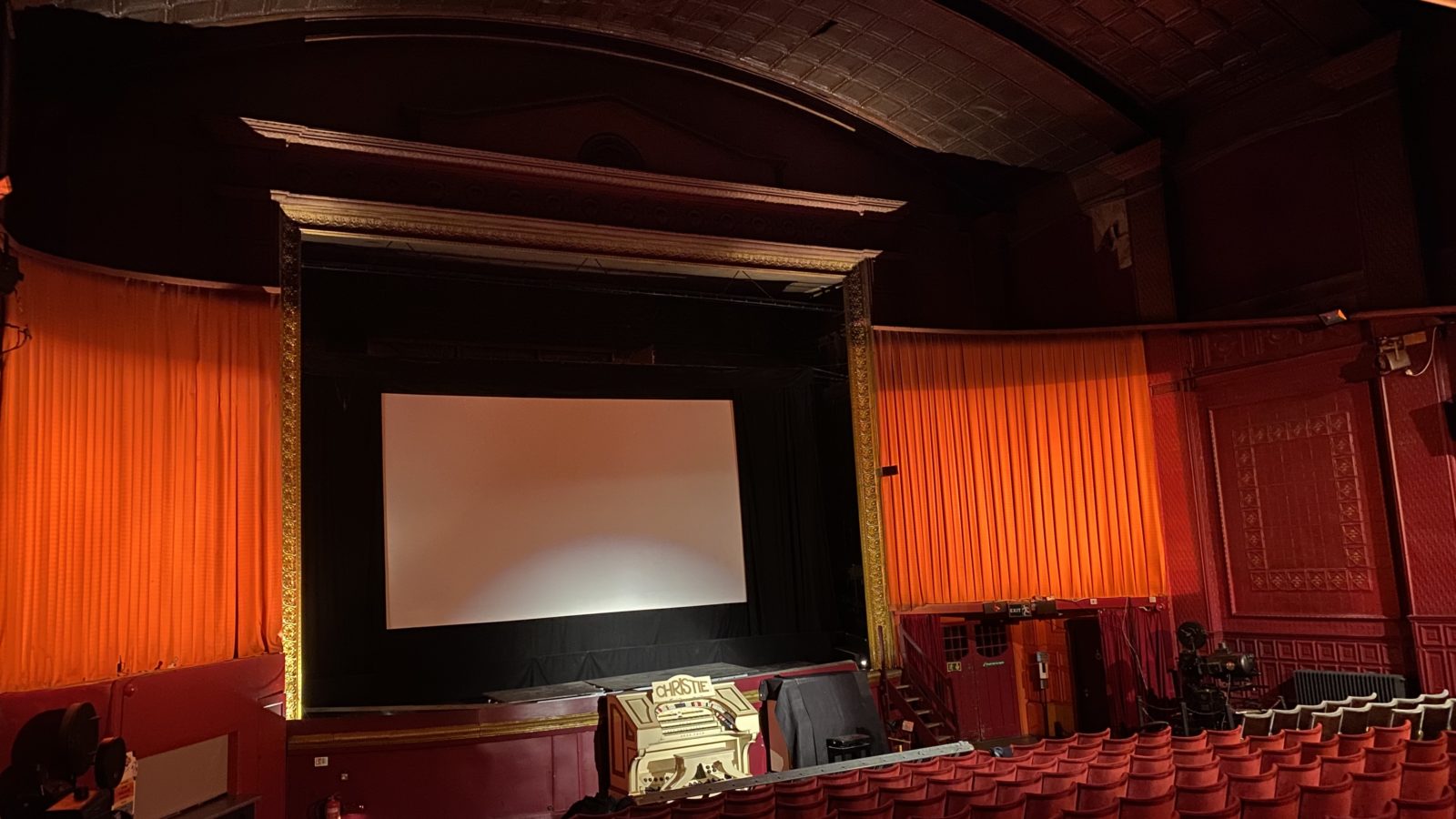 Covid-19 might have succeeded where Adolf Hitler failed in shutting down Clevedon’s historic Curzon community cinema, whose previous boast was that it’s the oldest continually operated cinema in the world. But the Curzon team haven’t been idle during the enforced closure. Not only have the contractors completed those much-needed repairs to the roof, but the trustees also took the decision to remove the false ceiling above the auditorium while the building was empty. 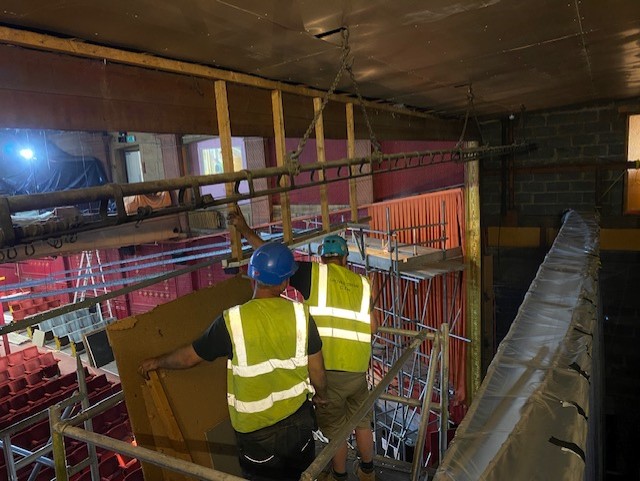 The false ceiling is removed to expose the historic tin panelling

This means that when the Curzon reopens to the public on Friday 16 October, cinemagoers will be able to experience the auditorium in all its original splendour for the first time since 1972, when the balcony was closed and the ugly suspended ceiling installed. 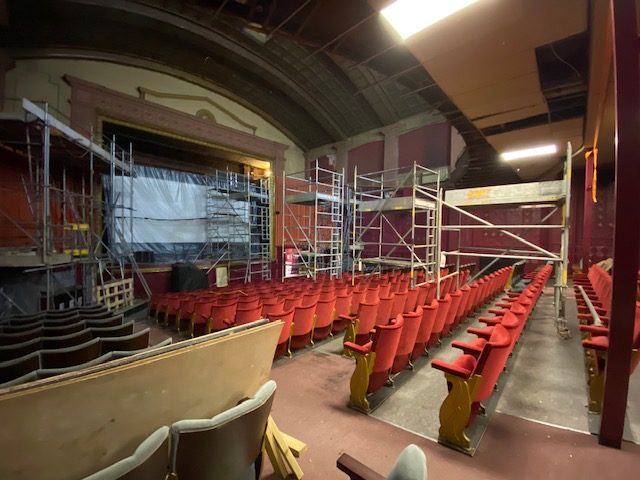 Now audiences can savour the striking tin panelling curving over the cinema screen. To either side of this, you can see where the original boxes would have been, while the beautiful balcony and ornate panelled roof have both been exposed. Plans are now afoot to reopen the balcony to the public. 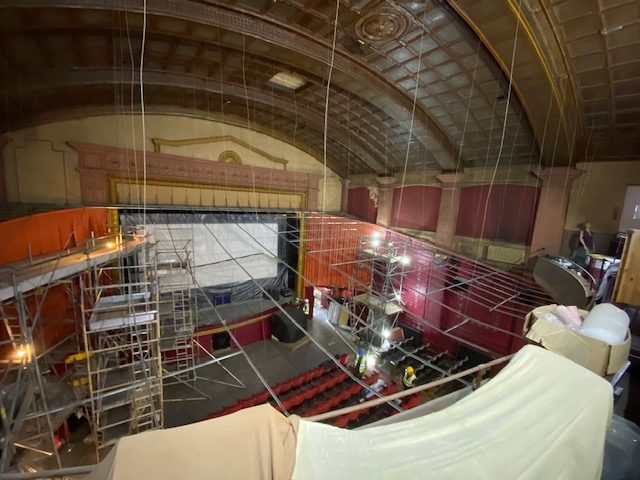 The view from the balcony

“The wow-factor has to be seen to be believed,” says Curzon CEO Susannah Shaw. “While the team have been excited about the prospect of doing this work for some time, nothing prepared us for the overall effect of being able to see the auditorium in its original, intended, state.” 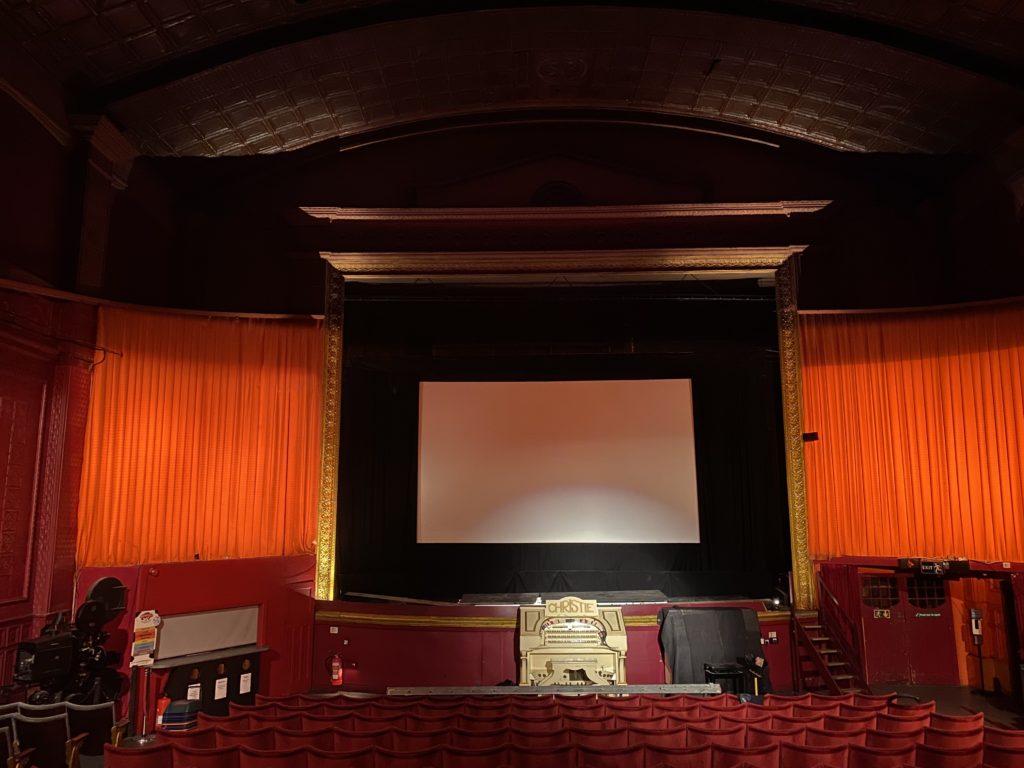 The restoration is complete

With its original art deco features, steeply raked seating, and traditional cinema organ, the Curzon was already steeped in history. Look closely at the counter in the box office and you can even see the original ticket prices engraved on the surface, from a halfpenny upwards. History records that the cinema first opened its doors way back in 1912 – just after the RMS Titanic went down.  In fact, the cinema’s very first screening was a special charity matinee for families of victims of the disaster. 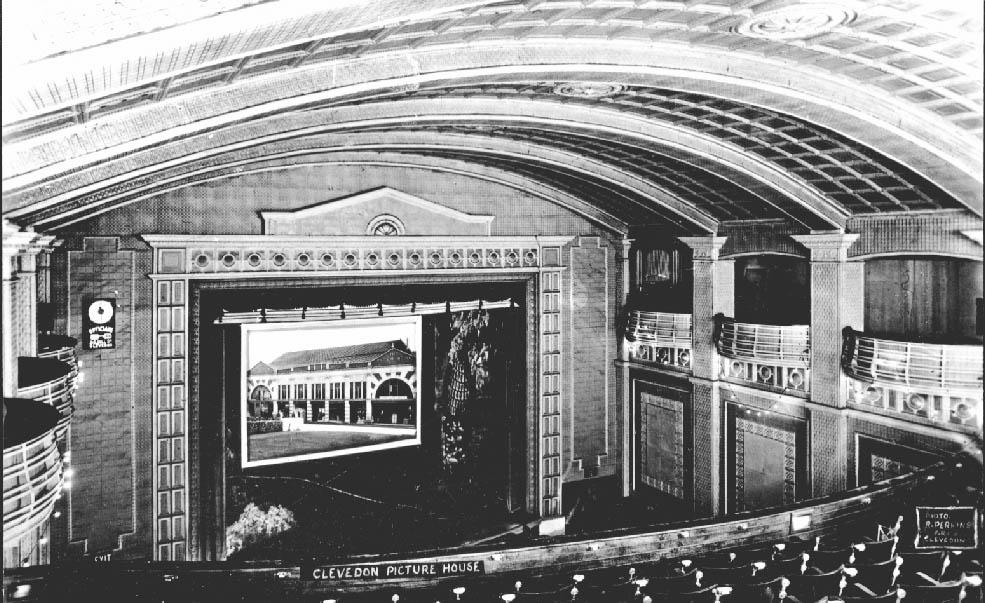 The reopening programme kicks off with Christopher Nolan’s Tenet. It also includes I Am Greta with a Q&A and the return of Misbehaviour, which was doing a roaring trade when the lockdown struck. See our comprehensive film listings for full details and screening times. Go here for information about the cinema’s Covid-19 safety precautions.