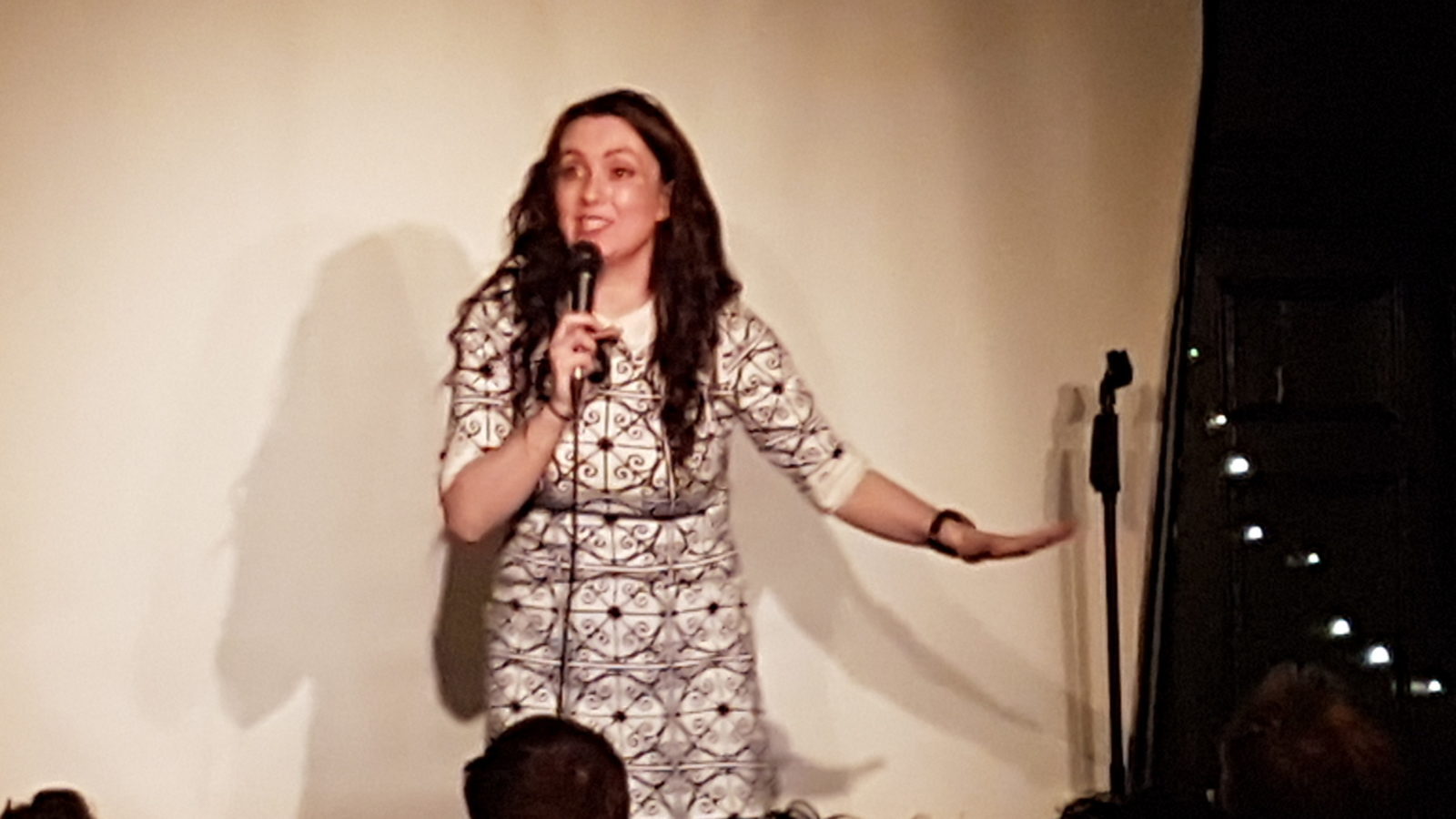 With a glimmer of glitter, more than a touch of glamour, big hair and a brazen attitude, she sashayed onto the stage, sporting a pair of high heels and spouting a rhetoric of drink, drugs and dick.

So, once sober, what does a person with a penchant for extremes do for kicks? Take to the stage in front of live audiences to tell her warts and all story through the medium of stand-up comedy – naturally.

As a slightly sozzled Saturday night crowd settle into their seats in The White Bear, an exuberant Conway picks up the mic and bounces through the audience to the front of the room and it becomes apparent that she is both compere and warm-up for her own show.

It is a bold move, but then this is a comic with some serious balls (of the large and glittery variety I’d imagine) and she maintains an easy effortless banter as she extracts tantalising (or excruciating) details from audience members – who’s shagging who, how did they meet and the like.

It is poor old Luke who draws the short straw – Luke, who (perhaps unwisely) brought his mum to a stand-up show all about sex, sobriety and Sambuca.

Conway’s opening act was not exactly high brow stuff, but it was high energy and when the interval came, I was left feeling slightly high from the force of her personality and – perhaps against my better judgement – eager for more. 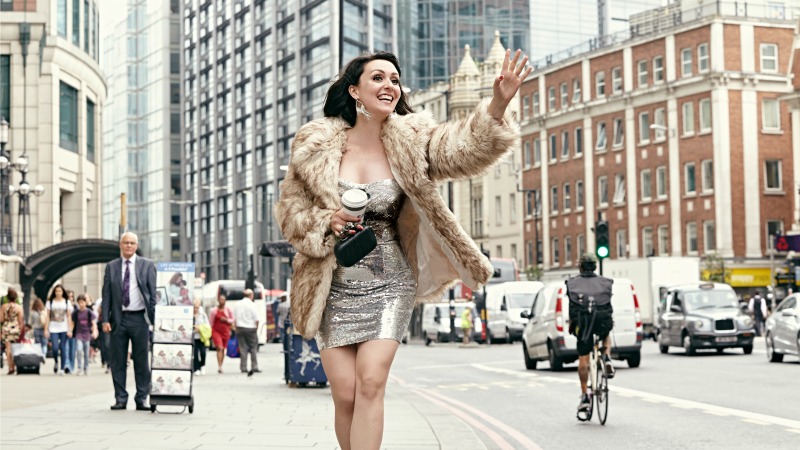 A born storyteller and gifted stand-up, Conway reeled in the audience with her Walk of Shame show. A tale that many – in this audience at least – could relate to, but taken to new extremes.

From the thrill of the drug deal, the high monotony of a night on ‘charlie’, to the bleak morning after and, eventually, spending sober evenings in a church hall with just a packet of custard creams and vegans for company. The tale is told at a pace with plenty of humour along the way.

Then there’s the joys of Tinder, secrets of finding sex online, how to cyber stalk potential dates, travelling 6,000 miles around the world for a man she barely knew and waking up in a zoo, after an ill-advised bet, on her period.

The sex, drink and drugs I was expecting, but what I didn’t see coming – and what really set Conway apart – was the frank re-telling of domestic abuse she suffered at the hands of a former partner (the same guy she travelled 6,000 miles around the world for).

It was poignant and incredibly personal and as she spoke, the entire Saturday night crowd fell silent. You could have heard a pin drop, I had tears pricking the corners of my eyes as, with every detail told, you felt you were there with her in a strange flat, miles from home.

And just as effortlessly as she reeled everyone in, she broke the tension with a well delivered one-liner that turned tears to laughter.

All too soon the show was over and with sweat spreading the glitter across her face and a spring in her step, Conway bounded off stage with as much energy as she entered and not a hint of shame. 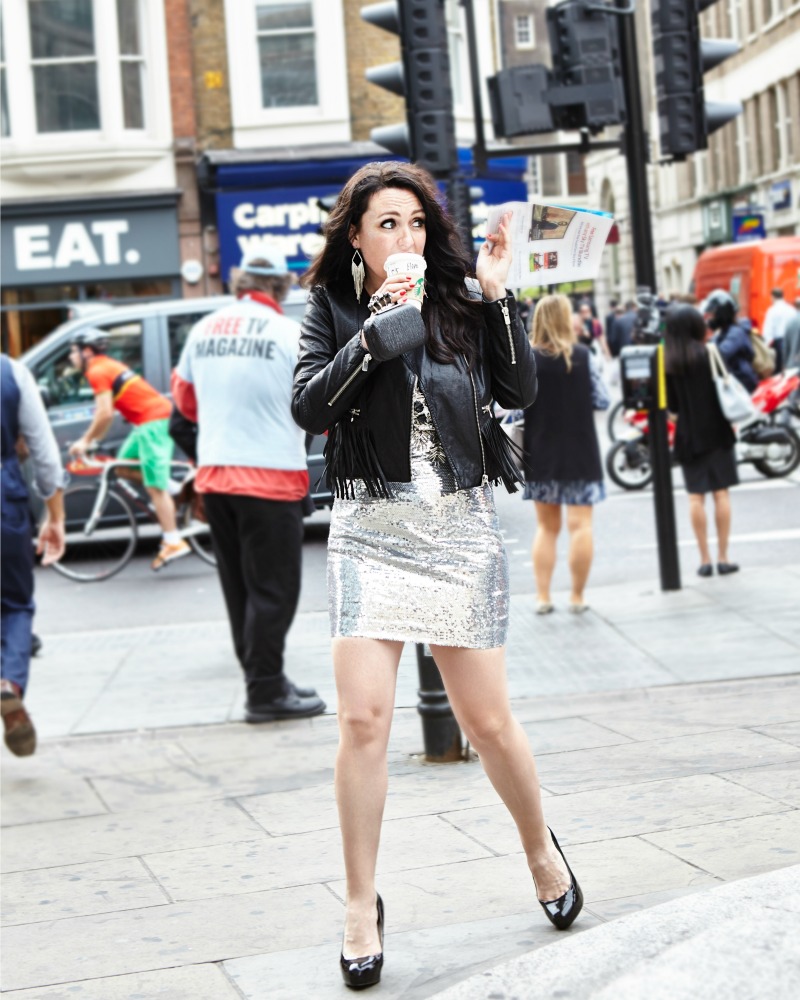 Eleanor Conway’s Walk of Shame was at The White Bear, St Michael’s Hill, on Saturday, April 8. For more tour dates, visit her website.