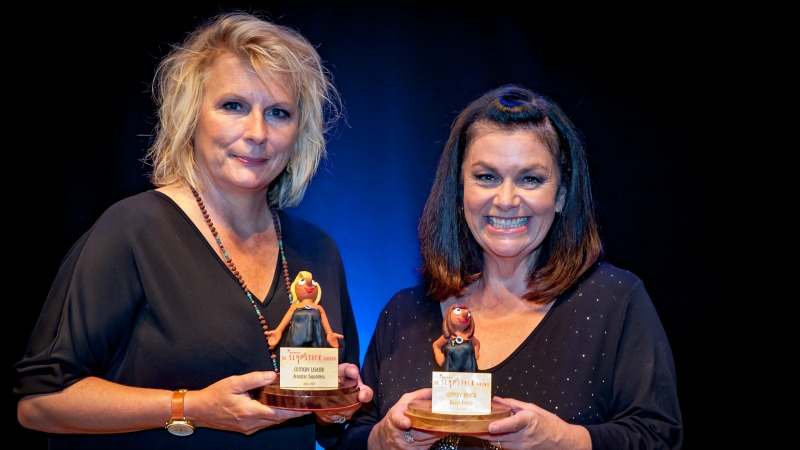 Dawn French and Jennifer Saunders reunited on stage for the first time in more than eight years as they received the Aardman Slapstick Comedy Legend Award 2017.

The duo appeared at the sell-out event at the Colston Hall in conversation with former Great British Bake Off presenter Mel Giedroyc, whose own double act with Sue Perkins got its first big break on the French & Saunders sketch show. 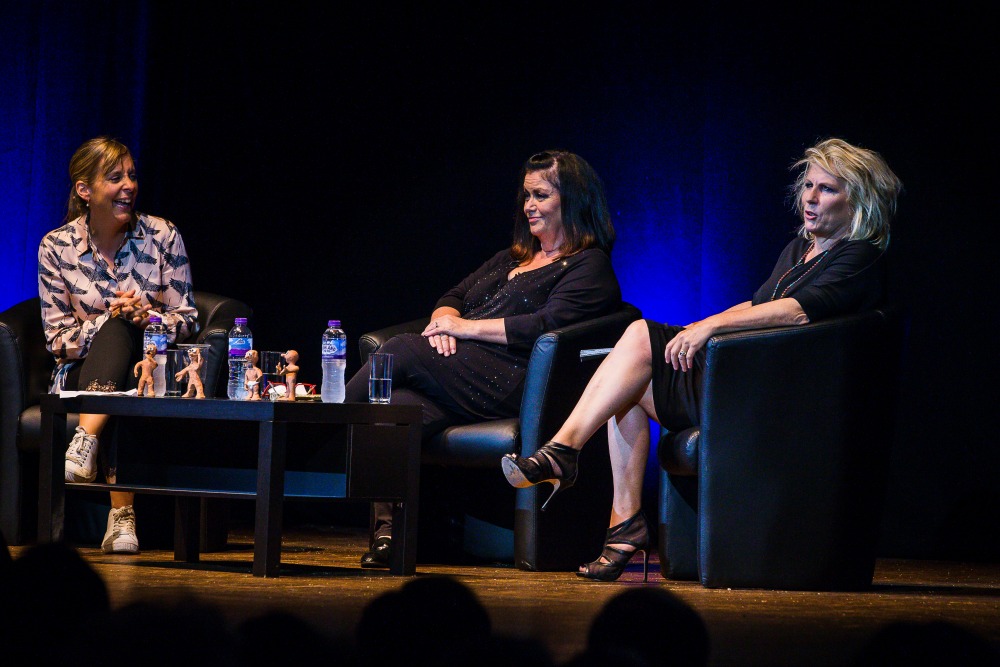 French and Saunders in conversation with Mel Giedroyc

The Colston Hall event featured on-stage chat, performance clips, live and video tributes from some of the duo’s many celebrity fans and co-stars.

It culminated in the pair receiving custom-made French and Saunders versions of Morph, whose three-metre high MegaMorph incarnation is currently touring around Bristol.

All proceeds from the evening will go towards funding the next Slapstick Festival, taking place from January 26-28 2018.