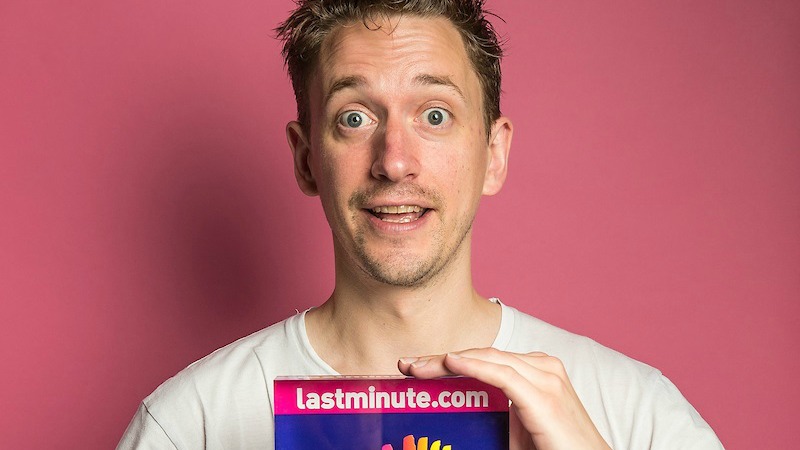 In a historic first, a Bristol comedian has won the top award at the Edinburgh Fringe.

John Robins‘ award-winning show The Darkness of Robins, about the end of his relationship with fellow comic Sara Pascoe, shared the Edinburgh Comedy Awards prize with Australian comedian Hannah Gadsby.

“I feel so proud to be part of a community that meets the challenges of the world by creating things. Every single show here matters so much,” tweeted 35-year-old Robins, who was awarded £10,000 for the win.

He then quoted German novelist Johann Wolfgang von Goethe: “Whatever you can do or dream you can, begin it. Boldness has genius, power and magic in it. Begin it now!”

Robins was born in Bristol and went to The Castle School in Thornbury. After graduating from Oxford, he lived in a flat in Bristol with fellow comedians Jon Richardson, Russell Howard and Mark Olver.

He currently presents a weekly show on Radio X with Elis James. The pair’s podcast, The Elis James and John Robins Show, won The Chortle Award for Best Radio earlier this year.

Awards director Nica Burns said the decision to have two winners was “fitting that in the 70th anniversary year of the Fringe something extraordinary has happened”.

He added: “Both shows, which could not be more different, were hotly debated and fiercely fought for.

“Comedy has many possibilities and audiences (have) very different funny bones. These two incredibly talented winners make you laugh and touch your heart.”

John Robins will be performing at the Redgrave Theatre on February 10 2018. For tickets, visit www.redgravetheatre.com/event/2018/02/john-robins/188/

Read more: Simon Amstell: ‘I was reborn again but this time in Norfolk’