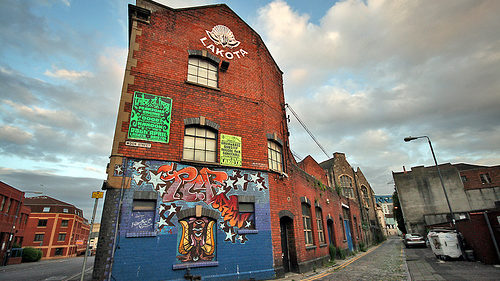 A man has been injured after falling through the Lakota ceiling during the nightclub’s Bonfire Night event.

Ticket sales in Lakota go through the roof after last nights events https://t.co/l9pJnjBsH6

Videos posted onto social media show a man being treated by medical staff after falling through the ceiling onto the dancefloor below during drum and bass DJ Kanine’s Bristol leg of his Unleashed Tour.

Paramedics were called to the Stokes Croft nightclub in the early hours of this morning (Wednesday, Nov 6) and treated the injured man at the scene before rushing him to hospital. Footage and images show the man being treated with gas to assist with breathing.

According to eyewitnesses, the event continued and only the upstairs balcony – where the man fell from – was officially closed. Another anonymous partygoer revealed they were “shocked” by the club’s decision to allow the event to continue.

How someone fell through the balcony floor of lakota last night by the rave still carried on 🤣 only in Bristol pic.twitter.com/qJIl4RY2am

In a statement, a spokesperson for Lakota has said: “We can confirm that a member of our staff was involved in an accident last night at the club. That member of staff is not in hospital and is recovering at home.

A small area of the club had been closed off – with barriers – to all members of the public and all staff. However, during the evening one member of staff accessed the space and unfortunately fell.

Whilst we dealt with our injured member of staff, the club was put on standby for 55mins with music off and lights on and the garden and outdoor area opened up for access.”

Read more: Bristol nightclub hopes that buying its building will secure its future