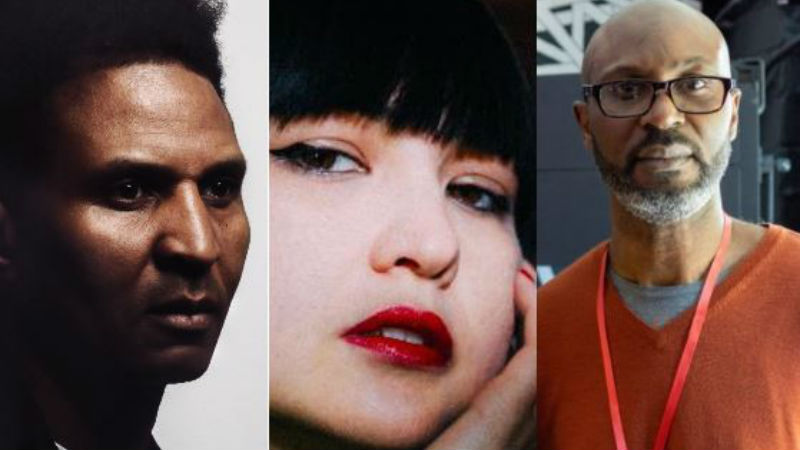 Exiting Bristol towards the South West, just before the rolling green hills of North Somerset begin, lies Knowle West. Encompassing 100 streets, 5,000 homes and 12,000 people, this housing estate roots the origin of many of the city’s sounds, a feat celebrated in the upcoming panel Homecoming: The Influence Of South Bristol On British Music.

“We were in a white working-class area with not too many BME families – just a multicultural clique of guys messing around and listening to music,” Gary Thompson explains. A graphic designer turned filmmaker, he found, after completion of his filmmaking BA at UWE, a stark lack of opportunity for BAME (black, Asian and minority ethnic) creatives.

Read more: How one Bristol film director is taking on the industry’s “pandemic lack of inclusion”

“If I’m gonna be doing films, where do I screen them?” questioned Gary, so he founded Cables & Cameras: a bimonthly showcase established to tackle industry biases.

Pioneering moves like these are part of the DIY attitude in Knowle’s waters and evident throughout the wider city.

DJ Krust, co-founder of formative drum and bass label Full Cycle Records, bases this attitude in the patchwork of humanity that populates south Bristol and beyond. “I grew up around hard-working people and I saw them getting on and figuring out how to use our resources. That’s the legacy of the city – what we did with our cultural heritage and how we worked with disparate people.”

Whitewashing is too-often apparent in Bristol’s narrative, particularly when it comes to music, however, the multi-cultural influence of Knowle West’s finest refuse to subscribe to this version of their story.

Kala Chng, a singer who still resides in the area, is of Chinese heritage and puts the cultural impact of south Bristol due to lacking gentrification – something that is catching fire in the rest of the city.

“As the city grows and attracts new people, Knowle West and the south still holds the true energy and heart of Bristolian culture in the people. The city is changing and even our neighbourhood has become more diverse.”

Diversity has always been a part of what’s often referred to as ‘the Bristol sound’, which Kala identifies as “urban”, Krust eloquently refers to as “the lineage of experimentation” and Gary, who made a documentary about Full Cycle, argues is a “cliche – it’s just about making music”.

Speaking of the genesis, Krust looks back: “There was just one scene: you went out, you listened to music and it was house, hip-hop, alternative, pop, punk, reggae, techno. Then this whole rave thing started and that’s kind of where everything started to change because it was British.

“The sound is definitive because it doesn’t sound like anything from anywhere else. The overtones are from guys who experiment, who aren’t afraid to break the rules or stand out and be recognised. Ours was a 160, 170 [bpm] which was a very marked difference but it pushed the boundaries of sound and energy.”

The coalescence of stylistic elements can also be found in Kala’s music, which she describes as “pop but with urban and Chinese influences from both my Knowle West and Chinese heritage”, embodying the Bristolian melting pot.

Yet, both Krust and Gary credit the 1983 film Wild Style, a seminal feature about hip-hop and graffiti in New York, as a source of inspiration. Having grown up in a city that’s given the world jungle and Banksy, it’s easy to see the parallels.

As Krust says, “Because there was no internet or interests to keep us occupied, music became a viable means of entertainment. Because of the lack of job opportunities and because we didn’t value education in the same way, we decided to pursue this dream.”

Bringing the arts back home, Gary recognises everything Knowle West Media Centre has done for the community: “it’s really, really good – one of the most creative places in Bristol. If that was there when we grew up, it would’ve been a godsend. What they’re doing in south Bristol is a big springboard for young people to do stuff we didn’t get to.”

“We had that will, that desire,” says Krust, “we had nothing to lose and everything to gain, so we went for it. For us, it was life or death – lots of the kids I grew up with were dead, heroin addicts or homeless. All the people I know who were into music have somehow kept it going, just by their love and passion. It’s a do or die attitude – we never had a plan B.”

Homecoming: The Influence Of South Bristol On British Music will take place at Knowle Media Centre on Thursday, September 19. Tickets are free for this rare evening of music, film and conversation. To book and for more information, visit kwmc.org.uk/events/homecoming/.