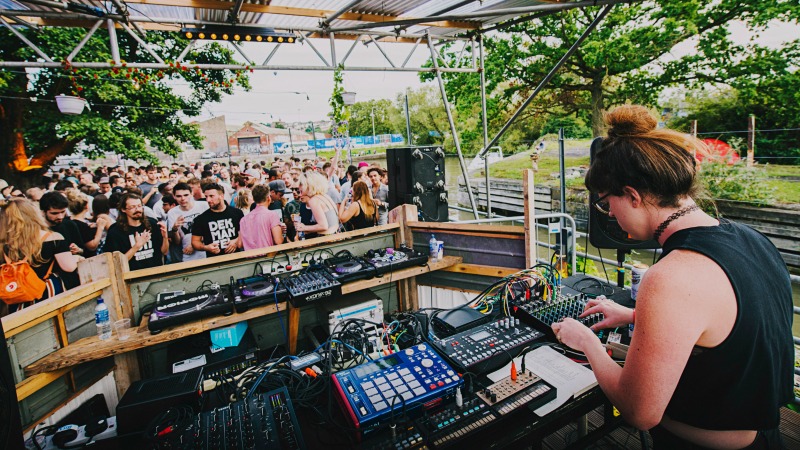 Bristol’s resident superclub has appealed for fans to sign a petition voicing their support for a world-renowned venue that “plays a pivotal part in helping to shape UK club culture”, amid fears for its future.

In a statement on Facebook, Dan Deeks, the club’s managing director, said it will remain open but faces “a very uncertain future” as its location, just behind Temple Meads is set for extensive redevelopment that could see existing industrial land turned into housing.

The fear is that residential homes will not be compatible with the club’s late night licence and pressure from residents could ultimately force the venue to close.

The petition follows the announcement two weeks ago that the next series of In:Motion – the venue’s annual, specially-curated events programme – will be its last.

Read more: Motion announce that next In:Motion series will be its last

Connecting Motion’s plight to the struggles faced by the nation’s clubscape, Dan said: “Venues and clubs across the country have come under threat in these situations, with new residents moving in and complaining about noise, including other challenges that come with the nighttime economy such as getting people to and from the venue.

“Our nightlife is precious and in short supply for many reasons and how we preserve this is very challenging.”

To give the battle a bit of context, he explained: “The main focus of resolving the issue of residents and Motion living together has been the planning principle called the Agent of Change. There have been many meetings with both the local council and the developers themselves regarding this.

“Agent of Change puts the emphasis on the developer to adjust their buildings or proposals and to work around us as we were established in the location over a decade ago. In principle, this is fantastic but the question that still loomed: What if someone still complains?

“Do we have to adjust our operation? Do we adhere to more stringent noise levels? Who will foot the overall bill? And how will that affect our business as a whole?

“After reviewing similar cases in the UK, we have come to the conclusion that the Agent of Change is not robust enough for us to simply accept.

“The only legal mechanism that would secure the clubs future is a Deed of Easement. We have suggested that the numerous property developers around the venue could sign a Deed of Easement, however, thus far this has fallen on deaf ears.

“We totally agree that the Agent of Change is great in both principle and theory and have confidence that it would be carried out diligently, such as [through] acoustically sealed windows and partly covered winter gardens in place of open balconies. However, this would not guarantee the current noise levels would be able to continue legally as they are.”

Dan goes on to refer to London’s Ministry of Sound and The Stables in Milton Keynes, where an agreement of a Deed of Easement worked to the benefit of both the venue and future residents as they were made aware about proximity to noise.

He also thanks mayor Marvin Rees’ “supportive” and “forward-thinking” approach to the dilemma, assuring fans of the long-standing venue that they can help save the club by signing a petition which will put a possible Deed of Easement in front of changemakers.

This comes after news today from the Bristol Post that reports that the team behind Motion could be opening a new venue in Easton, much to the dismay of local residents.