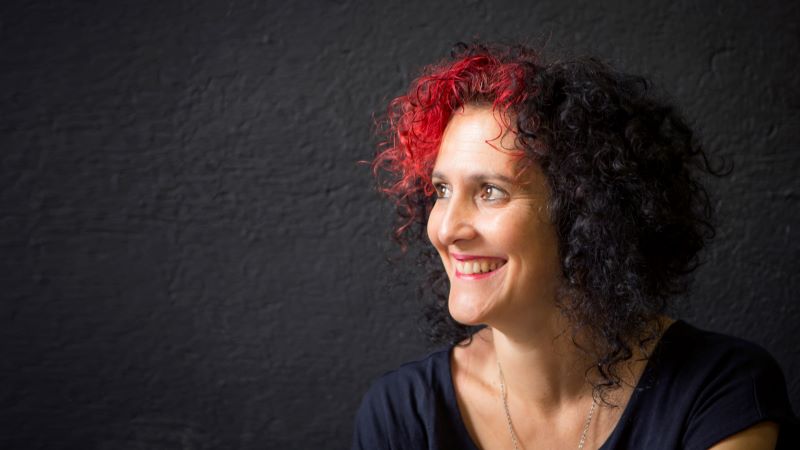 Published by Bristol-based Policy Press, Generation Share profiles 200 of the many thousands of people and organisations behind the rapidly expanding Sharing Economy.

With the official launch event for the book taking place at Arnolfini on July 17, its author, Benita Matofska, tells Bristol 24/7 about the sharing phenomenon that emerged after the 2008 financial crash, the necessity for doing “more with less”, and what she hopes the book will achieve.

How would you define the Sharing Economy?

The Sharing Economy is a system to live by where we care for people and planet, and share available resources in any way we can.  It is made up of five parts:

Verticals (what we share) – these include physical items such as homes, goods, toys, food, clothes and cars, but also human assets like knowledge, time, creativity, poetry, laughter, skills, power or opportunities.

Subsets – the divisions or parts that make up the spectrum of the Sharing Economy such as: crowdfunding, the gig economy, recycling, open source, the Maker movement, fair trade, social enterprise, volunteering or mentoring.

Characteristics and Values – these are the attributes that determine the type of economy, For example, that it’s circular in nature, smart, resource efficient, and sustainable. Its values are transparent, inclusive, positive, equal, abundant, efficient, accessible, collaborative, diverse, entrepreneurial and commons based.

Impact (why we share) – this is the social impact or value created through Sharing (social, environmental and economic) that is often hidden. It includes social mobility, poverty alleviation, environmental improvement, sustainable development, advancement of health, citizenship, happiness, human rights and animal welfare.

What do you think has led to the rapid rise of the Sharing Economy around the world?

The Sharing Economy was born out of the global economic crisis of 2008-9. There is a need to do more with less and a growing understanding that consumption has led to environmental disaster and is a major contributor to our climate crisis. Sharing resources is a growing necessity and it is through the sharing of human and physical resources that we can build a healthy, sustainable economy.

The growth of the Sharing Economy is due to a global shift in consciousness and a realisation that to survive, we need to share resources, protect people and planet. This is made possible due to innovations in and access to digital technology that connect us and enable us to identify surplus resources and share on a scale never previously imagined.  Our planetary resources are finite but our capacity to share is infinite. 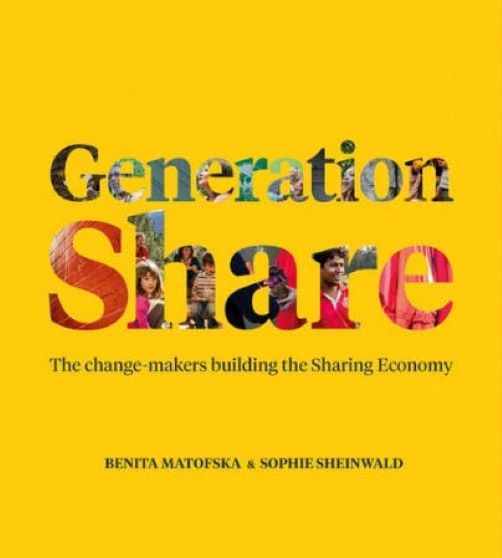 You have said that “The research conducted for Generation Share demonstrates that we have enough resources to feed, house, clothe and educate the global population.” How seriously do you think governments are looking at this as a way of tackling world poverty?

Climate change is now being recognised as an urgent problem, governments can no longer simply ignore the pressing realities. The climate science is very clear, we have to act now, to survive as a society. Governments do not yet understand though that sharing resources is necessary for this survival and needs to be at the heart of policy and how we run our countries, regions and cities. Generation Share is the start of a global movement to put sharing firmly on the agenda, to change the narrative to a positive, hopeful one; one that enables us to build a sustainable economy with people and planet at its heart.

When you were putting the book together, how did you decide which enterprises to include and leave out?

For every story included though, there were many, many others that could have been; this isn’t by any means an exhaustive selection; it’s the beginning, it offers a flavour, it is there to inspire a bigger exploration into this hopeful, game-changing phenomenon and the people who are driving it. It shows importantly, that we are all a part of this, we can all access and participate; to share is to be human.

What do you hope the book will achieve?

The book seeks to change the narrative; to bring stories of hope that show another world is possible. To change the world, we need to tell a different story; a positive one, one of sharing, compassion and possibility; where we live our lives in a connected, caring, resourceful way, within planetary means and in concert with it. Generation Share seeks to inspire and enable that change; a sharing revolution.

Generation Share by Benita Matofska and Sophie Sheinwald is out now and available in bookshops and online. It will be launched at Arnolfini on July 17. For more information, visit https://www.arnolfini.org.uk/whatson/book-launch-generation-share

Read more: ‘in order to succeed in late capitalism, one needs privilege, first and foremost’