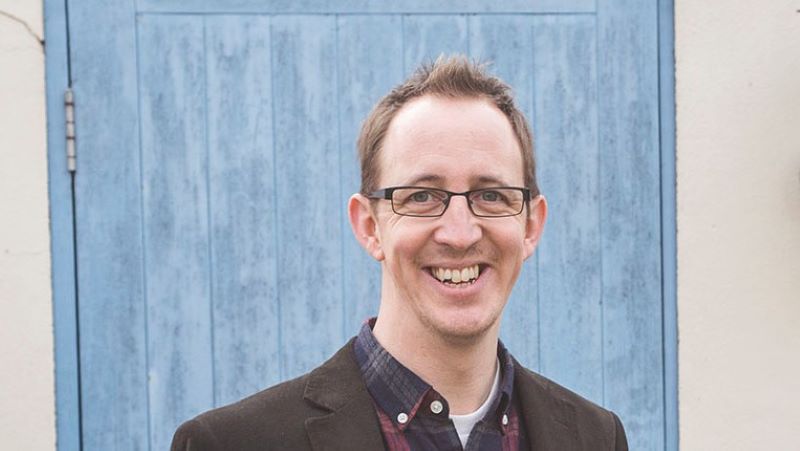 Focusing on schizophrenia, or as Filer prefers, “so-called schizophrenia”, The Heartland takes a broad, very detailed look at many aspects of mental illness with the aim of starting a conversation which might address this “potent cocktail”.

Filer refers to and consults with many of the world’s leading experts in mental health, as well as recounting his own experiences as a mental health nurse, and the experiences of those who have been through or are going through periods of mental illness. In doing the latter, he demonstrates very powerfully that what we think about mental health changes when we consider the individual and their specific traumas and experiences. And when we listen.

Throughout the book he is at pains to emphasise the significance of the language used in mental health: “There is no uncontroversial language when talking about mental illness – and that includes the phrase ‘mental illness’”. He maintains that this is particularly the case with a diagnosis and what the labels ‘schizophrenia’ or ‘psychosis’, for example, entail: “in the mad, mad world of mental illness language is everything.”

It’s as a tool for rethinking and re-examining what we think we know about mental health that The Heartland excels. There are numerous myths and commonly accepted falsehoods it untangles, far too many to mention here.

For instance, there is much evidence to suggest that the origins of mental illness often lie in a person’s circumstances and traumatic events they have been through (poverty, racism, abuse, trauma, bullying, for example) as much as the biological architecture of their brain. Referring to Clinical Psychology Professor John Read’s research, Filer writes: “The single strongest predictor of psychosis and so-called schizophrenia is poverty…because it…increases a person’s likely exposure to a whole range of stressors and potentially traumatising events, while simultaneously reducing access to resources that might help us overcome these.” What’s more, Filer asserts that research clearly demonstrates that rates of mental illness are higher where “multiple forms of disadvantage and discrimination intersect”, and are “disproportionally high… for all immigrant groups globally.”

Other areas he illuminates include the unreliability of many diagnoses, the fact that rates of mental illness are higher in wealthier more unequal nations compared to more equal societies, and why the emphasis placed on raising awareness rather than improving knowledge needs to be challenged.

Filer refers to huge amounts of research, much of it contradictory, and he is resolute in keeping an open mind and just as importantly, an open heart about opposing views. He stresses that the purpose of The Heartland isn’t to suggest answers and solutions, or to be any kind of definitive account of the state of mental health. He wants it to “start a conversation”, to “open a door”.

This moving, endlessly quotable, and extremely thought-provoking book will hopefully do just that. There are some books you feel are destined to find a huge readership, a readership that will not only read a book, but will digest and discuss and invite others to share its contents. The Heartland is one of those. It feels like a gift to us all, a gift whose importance cannot be exaggerated, and whose potential we all could help to realise.

Nathan Filer’s The Heartland: Finding and Losing Schizophrenia is out now. He will be discussing the book at Waterstones, Bristol Galleries on Wednesday, June 19. For more information, visit https://www.ideasfestival.co.uk/events/nathan-filer/