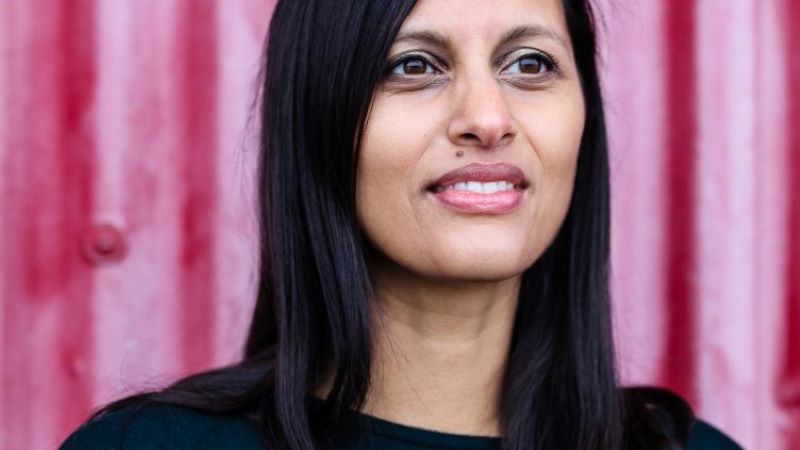 Set in Bristol and Sri Lanka, Tanya Atapattu’s debut novel, Things My Mother Told Me, follows Anjali as she comes to terms with the breakdown of a long-term relationship. To mark the paperback publication of the novel, Atapattu tells Bristol 24/7 more about the book, her development as a writer and its influence on her work as a psychiatrist.

What impact did studying for an MA in Creative Writing have on your writing?

The MA was everything. When I applied for the course, I was making a decision to take myself seriously as a writer. And to listen to some serious feedback. But I didn’t realise how much of a community the MA would give me. Ten years on and I’m still meeting up every month with a group of authors I met on the course. It took me a long time to get here and without their support I’m not sure I could have kept going. 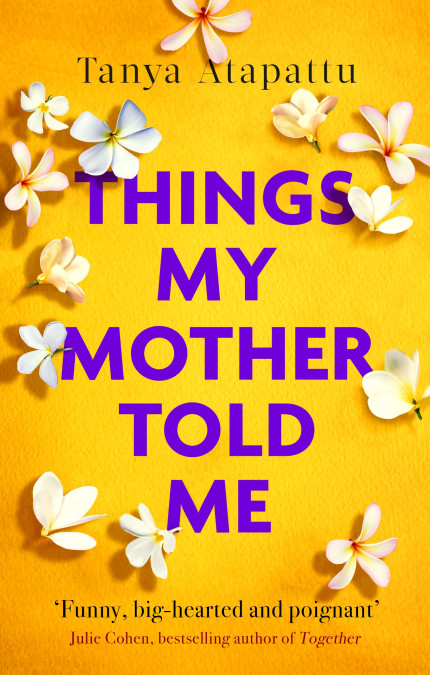 What inspired you to tell Anjali’s story?

I originally started writing this story years ago, after a break-up. It turned out my misery was better off at a pub than on a page. But years later I came across those abandoned chapters. In between the bits that made me cringe, there were some lines that made me laugh. I found myself developing those lines and a new character, Anjali, began to emerge. And as I started writing about her, I realised this was going to be more than a funny story about Anjali’s recovery from a break-up – it was going to be about love, loss, family, mental health; about what a relationship might be hiding, and what you might have to face up to, once it’s gone.

The novel, in part, portrays the cultural differences between Anjali and some of her family, particularly her mother. How significant do you think families are in shaping our individual lives?

I don’t think we can escape our families! I suspect there is no case of family being insignificant in a person’s life. In Anjali’s case, she realises how much the path she has chosen has been influenced by her early life experiences; and by her parents’ earlier life experiences. It is something that strikes me again and again, in my work as a psychiatrist, how fundamental our upbringing is, and how it continues to shape us, way beyond childhood.

Mental health is a major feature of the novel; what role do you think writers can play in raising awareness about mental health?

I remember when I was younger, reading books in which none of the characters looked like me, and did not seem to share my problems. Some of those stories were wonderful and I loved them, and still love them. But they set me apart. They told me that I was different, that this wasn’t really my world. Now, in the books I read to my children, I am starting to see a change. I can find characters my daughters can relate to. But these characters were always there – their story just wasn’t told.

In the same way, I don’t think I necessarily set out to raise awareness about mental health when I started to write Anjali’s story. I just wanted to write honestly, about what has always been there.

How much, if at all, does your writing influence your work in psychiatry?

This is such an interesting question, as I am often asked it the other way around. In the ten years since I’ve been writing, I’ve noticed there is a difference in the way I talk to patients. Instead of starting with their symptoms, as I used to, I find myself more often now beginning with their story. Who were they, before they came to the clinic? What was their life like, what did they do?

Over the past few years, I have also had the experience of being a patient, and I remember how meaningful it was when somebody first took the time to ask about me. When I was transformed from a group of symptoms into a person.

What is it like to be a writer based in Bristol?

I moved to Bristol in 2006, before I ever thought I could be a writer. I was only meant to be here for 6 months, but I ended up staying. I was always aware how creative Bristol is, and in so many different ways, because there are so many vastly different areas of the city. I am learning now how much support this city offers; as I have started venturing out as a writer, doing some events, it has been great to meet so many interesting and varied people. There seem to be a lot of opportunities here. Although if I’m being honest, with two small children, I mostly find myself at home watching Peter Rabbit.

Tanya Atapattu’s debut novel Things My Mother Told Me is out now in paperback. For more information, visit https://www.littlebrown.co.uk/titles/tanya-atapattu/things-my-mother-told-me/9780751569490/