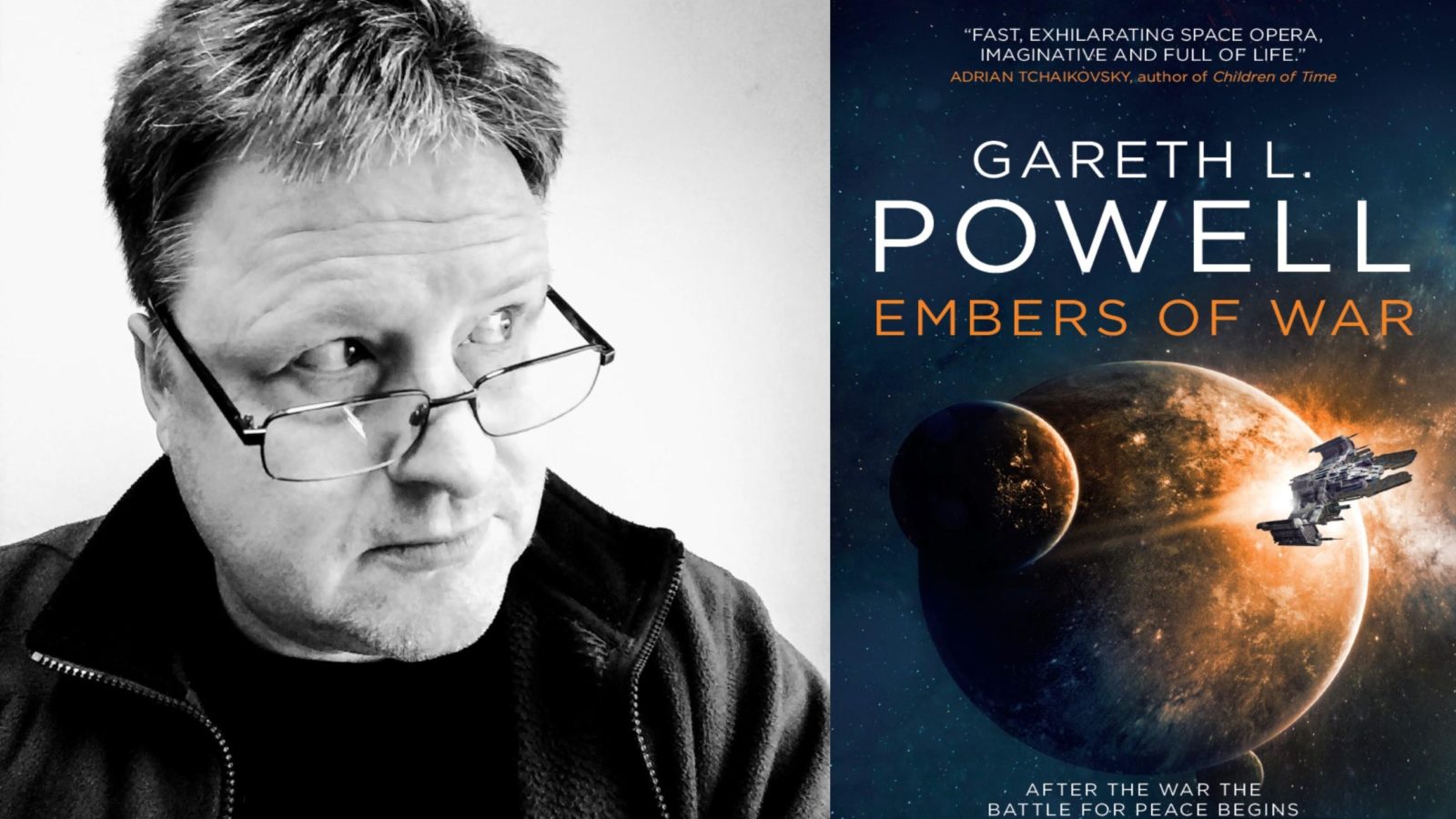 Gareth L Powell is the author of five science-fiction novels and two short story collections. His third novel, Ack-Ack Macaque, book one in the Macaque Trilogy, was the winner of the 2013 BSFA novel award. His forthcoming novel Embers of War is the first part in a new trilogy. The Bristol-based writer tells Joe Melia more about the book and his work.

How did winning the prestigious BSFA Award for Best Novel in 2013 affect your writing?

It was a tremendous honour to join the ranks of previous winners such as JG Ballard and Arthur C Clarke, and I think it brought my writing to the attention of a larger audience. People started taking me a little bit more seriously, and that gave me a tremendous boost in confidence.

Which books and writers have had the biggest influence on you?

I always wanted to be a writer, but it was William Gibson’s short story collection Burning Chrome that really got me going. It was so different from anything I had read before. He wasn’t writing about heroes and gleaming spaceships, but about hustlers and hackers living in the interstices of a dystopian corporate future. And he wrote with energy and a deceptively simple prose that instantly made me want to leap for the nearest keyboard.

At what stage in the writing process did you know that Embers of War would be a trilogy?

Embers was conceived and sold to Titan Books as a trilogy.

How different is writing a trilogy to a stand-alone novel?

In a trilogy, the first novel tends to be fairly self-contained; the second upends the applecart; and the third raises the stakes and brings everything to a head. Think of the original Star Wars trilogy. The first seems like our heroes win. They blow up the Death Star. But then in the second film, everything goes wrong: Han gets frozen in carbonite and Luke finds out a shattering secret about the identity of his father. And then in the third film, everything comes together and our heroes triumph over adversity, having been changed by their experiences.

The trilogy is billed as a space opera. What are the defining elements of that genre for you?

For me, space opera is about humans facing the vastness of the universe. It’s about creaky old ships and decaying alien ruins; about the tension between our inner selves and the surrounding immensity of space and time; and about our place and purpose in the midst of it all.

What impact has Bristol had on your work?

Historically, Bristol has been a jumping-off point for expeditions to all corners of the world, for traders, slavers and pirates. Consequently, I’ve always had a fascination with port cities, and I think that sense of liminality—of standing on the threshold of the world—comes through in my writing.

Gareth will be signing copies of Embers of War at Forbidden Planet on February 22 at 6pm forbiddenplanet.com/events/2018/02/22/gareth-l-powell-signing-embers-war/