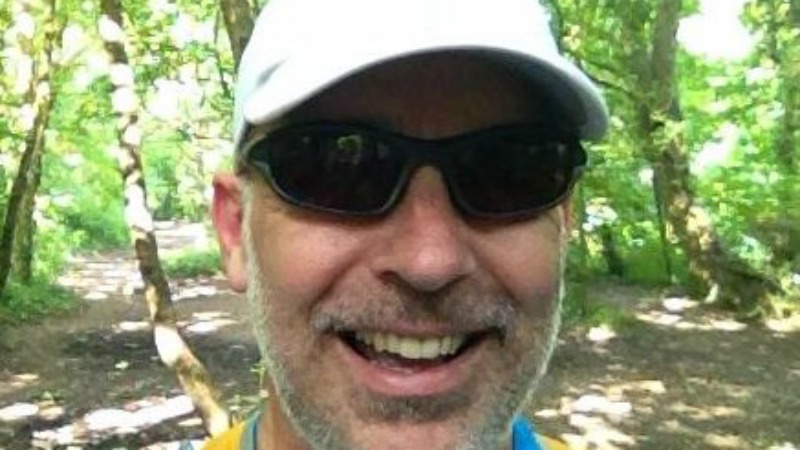 Bristol author Ira Rainey looks set to have another successful book on his hands. Still Not Bionic: Adventures in Unremarkable Ultrarunning (published by Bristol’s Tangent Books, £9.99) was originally scheduled for release in Spring this year but the book was completed ahead of schedule, allowing Tangent to release a limited run of books just before Christmas. That initial run sold out within days and the book was immediately reprinted to fulfil demand.

This is not Rainey’s first encounter with popular acclaim. In 2014, he was shortlisted in the Best New Writer category of the British Sports Book Awards for his first book, Fat Man to Green Man (Tangent, £9.99). In the same year he also won the silver award in The Running Awards best book category.

In his new book, Rainey takes on the intimidating challenge of training for and completing a 100-mile foot race, but also confronts something much bigger. In 2015, he was diagnosed with severe depression and the book is a frank and revealing account of how he battled his inner demons and came to understand that running extreme distances is as much about mental endurance as physical. He examines how important mental state, support and friendship are, not just to running long distances but also to life and happiness as a whole.

Tangent Books publisher Richard Jones said: “Originally we were going to publish an ebook-only version of Still Not Bionic, but as the book neared completion I realised that the quality of the story deserved a wider audience. Ira has a relaxed and humorous writing style and a gift for storytelling, but the book is also an important contribution to the current debate about mental health and the role of exercise in tackling depression.”

Signed copies of Still Not Bionic are available from the Tangent Books website, and the book is available from bookshops and online in all the usual places.