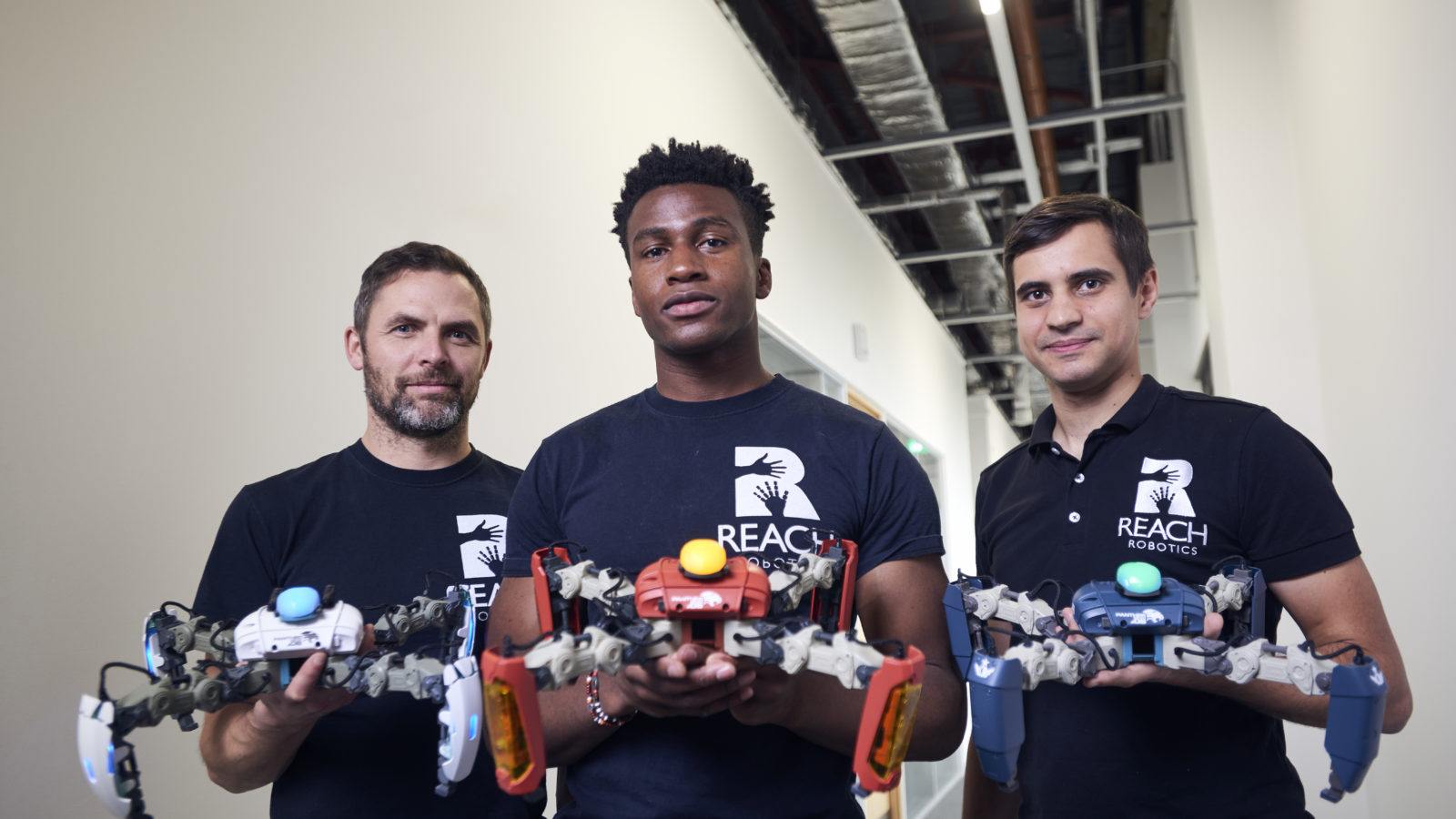 The CEO of Reach Robotics has announced the company’s closure after a whirlwind six years, during which it rose to fame as one of Bristol’s most acclaimed startups.

Silas Adekunle, who co-founded the firm alongside John Rees and Chris Beck while he was still studying at UWE Bristol, said he is immensely proud of all the team has achieved and thanked supporters as he announced the news on Tuesday, September 3.

A leading light in the tech industry and beyond, the Stoke Gifford-based Reach Robotics had a fast rise to success with its unique gaming robot, MekaMon, securing a partnership with Apple and global recognition.

Silas was named in Forbes’ 30 under 30 list for European tech in 2018, as well as Bristol24/7’s man of the year, and the entrepreneur has invested a lot in giving back to Bristol and working to inspire the tech stars of the future, particularly from underrepresented backgrounds.

Today marks the end of a 6+ years journey as Reach Robotics closes. (Consumer Robotics is tough). It's been an exciting journey with many new connections made (both personal and business). Thanks to everyone who has supported us through the years. https://t.co/EPikBqUqwd

He announced that the company had reached the end of the road via a post on LinkedIn, revealing that the journey is set to continue in the non-consumer robotics sector and the STEAM (science, tech, engineering, arts and maths) education sector.

In the post, Silas said: “The consumer robotics sector is an inherently challenging space – especially for a startup.

“Over the past six years, we have taken on this challenge with consistent passion and ingenuity. From the first trials of development to accelerators and funding rounds, we have fought to bring MekaMon to life and into the hands of the next generation of tech pioneers.

“Unfortunately, for Reach Robotics, in its current form at least, today marks the end of that journey.

“I am immensely proud of what we have achieved. Since founding Reach Robotics at the Bristol Robotics Laboratory, we made huge strides in our technology both in terms of our hardware and app development. We took MekaMon from prototype to market, introduce the world to the first gaming robot with seamless AR integration, launched in dozens of territories and developed a unique education offering that will live on through many initiatives.

“This simply could not have happened without the highly skilled and creative people that have been part of the Reach Robotics journey. I speak for myself and my fellow co-founders, Chris Beck and John Rees, when I say it has been a privilege and we have no doubt that they will continue to innovate and enrich the sector.

“Personally, I am grateful for the experience, lessons learnt, the connections and the opportunity to inspire young people from under-represented backgrounds in STEM (science, tech, economics and maths) and entrepreneurship.

“I am thankful to everyone who has been a part of this journey, from my co-founders, who have been there through thick and thin, to members of the management team who were supportive in the most difficult of times, Jonathan Quinn, Kathryn Green, Philip Green just to name a few.

“Thank you to all of our investors, advisers, mentors, family and friends over the years. Special thanks to UWE, Bristol Robotics Laboratory, Pervasive Media Studio, SetSquared and so many others who have supported our growth.

“Reach Robotics began with the vision of creating advanced and accessible robotics to entertain, inspire and educate. I hope to carry that vision forward into the future.”