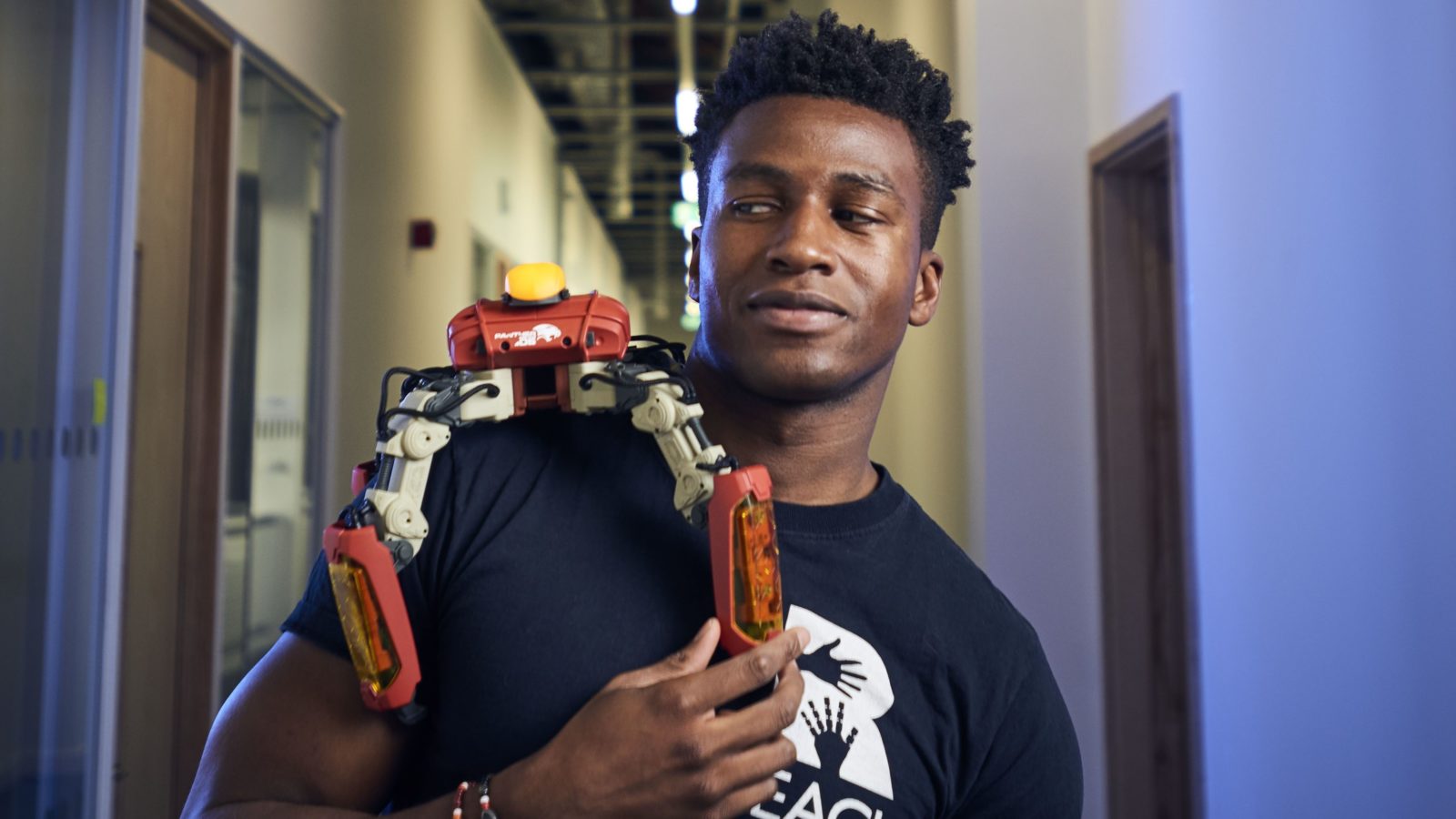 Silas Adekunle says that 2018 has been an “amazing” year for Reach Robotics. He is CEO of the Stoke Gifford company, which he co-founded while still a student at UWE. “I think this has been the year in which we grew into our own at Reach Robotics.”

He is talking on the phone only a few hours after returning from a business trip to the USA where he met potential investors and partners. The same evening that we spoke he appeared live on The One Show, talking in front of a primetime television audience of millions about his belief in the power of technology and the potential of consumer robotics.

When Creative England needed somebody who embodies innovation and creativity at their Be More Bristol event at the Arnolfini in October, they asked Nigerian-born Silas to give the keynote speech. Just a few weeks later, Silas was announced as one of the top 100 most influential BME leaders in the UK tech sector as part of the official launch of the Inclusive Tech Alliance at the House of Commons. 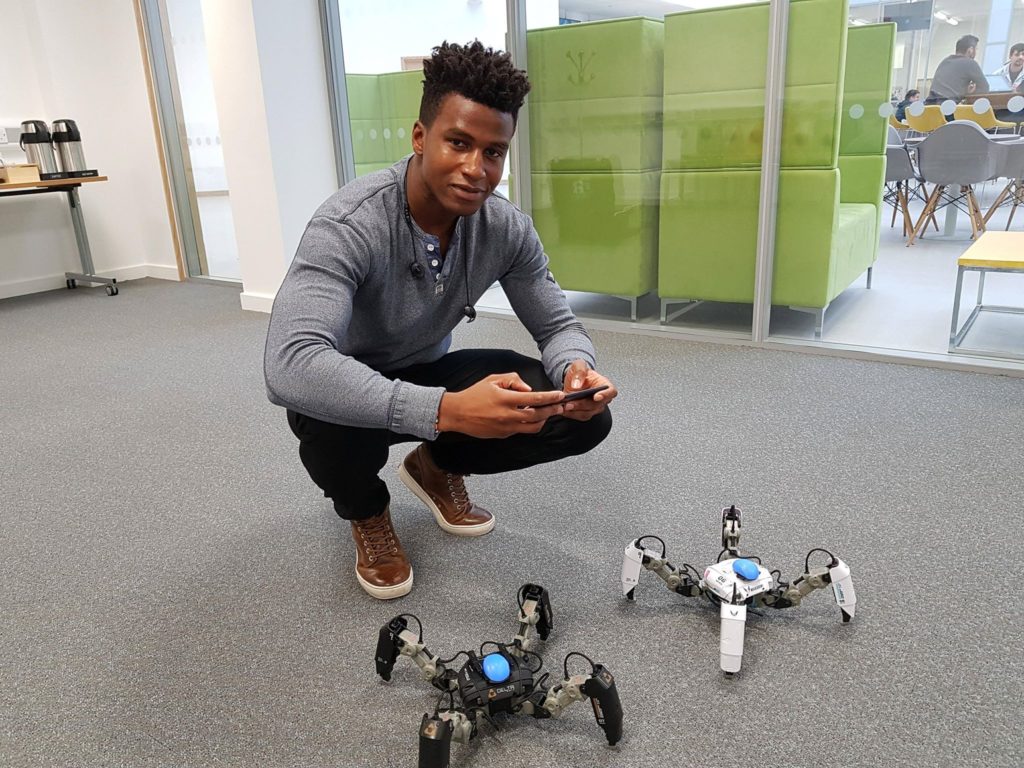 Silas Adekunle with MekaMon, the world’s first gaming robot that is tipped to be the future of entertainment

What is bringing 25-year-old Silas and Reach Robotics to international attention is MekaMon, the world’s first gaming robot. Fusing robotics, augmented reality and video games, it has already caught the attention of Apple and is tipped as the future of entertainment.

In addition to the launch of MekaMon version 2 earlier this year, Reach Robotics has also seen significant expansion in the last 12 months with new senior members of the team including Nintendo veteran James Honeywell and former Deliveroo CFO Philip Green.

Silas said that other highlights in 2018 have included being able to respond to feedback from early customers (“I get satisfaction when I see a customer interacting with MekaMon for the first time”) to get the product better and introducing internships, as Silas says, “contributing to the Bristol ecosystem as a whole”.

“We made the decision to stay here in Bristol,” Silas said. “There are challenges here but we have overcome all of those challenges. Sometimes we have to recruit talent, especially more senior talent, from outside of Bristol. But in general, it’s really great. We have two great universities who have been so supportive in the early stages. We have built a strong network here.

“I think that people want us to succeed and support our story. It has been a lot of work from everybody on the team.”

“I think we have got some of the most talented people working for us in Bristol. To see them do their best work and feel fulfilled, that gives me an enormous sense of satisfaction as well as we achieve together the vision that I have for Reach Robotics.”

In the week that we spoke to Silas, a Bristol24/7 reader got in touch to say that her son had read a previous article on our website about him and named it the most inspiring thing he has ever read.

How does Silas react to things like that? “I’m glad that people have those sort of reactions and I can also see why. I am proud that I am on the way to be the man who I wanted to become. When I was younger I would also read about people doing interesting things. I would look up to them. I would take inspiration from them.

“Reading about people of course doesn’t guarantee success but they can sometimes act as seeds of inspiration. Things are attainable and achievable. In that sense I’m really glad to be able to demystify what it’s like to be able to follow your passions, demystify entrepreneurship, demystify startups and technology. I’m glad I’m able to play that path. It puts a smile on my face.”

The Nigerian media has called Silas “the smartest gaming guru in the world”. At mention of this, he laughs down the phone. “That’s the same reaction I had when I heard that for the first time,” he said. “People want us to succeed and want to recognise that. There are not many people from BME backgrounds in this field. It’s of course nice of them. But I can’t begin to make that claim!”

When not working, Silas, who lives in Horfield, plays squash with friends, takes part in amateur gymnastics, reads books and watches films. “I’m a normal guy really,” he said.

So after the success of 2018, what are his plans for next year? “It’s going to be a challenging year. We are looking at expansion, getting our products into new continents, and bringing out new products. “We have high ambitions. We haven’t yet achieved our goals.”