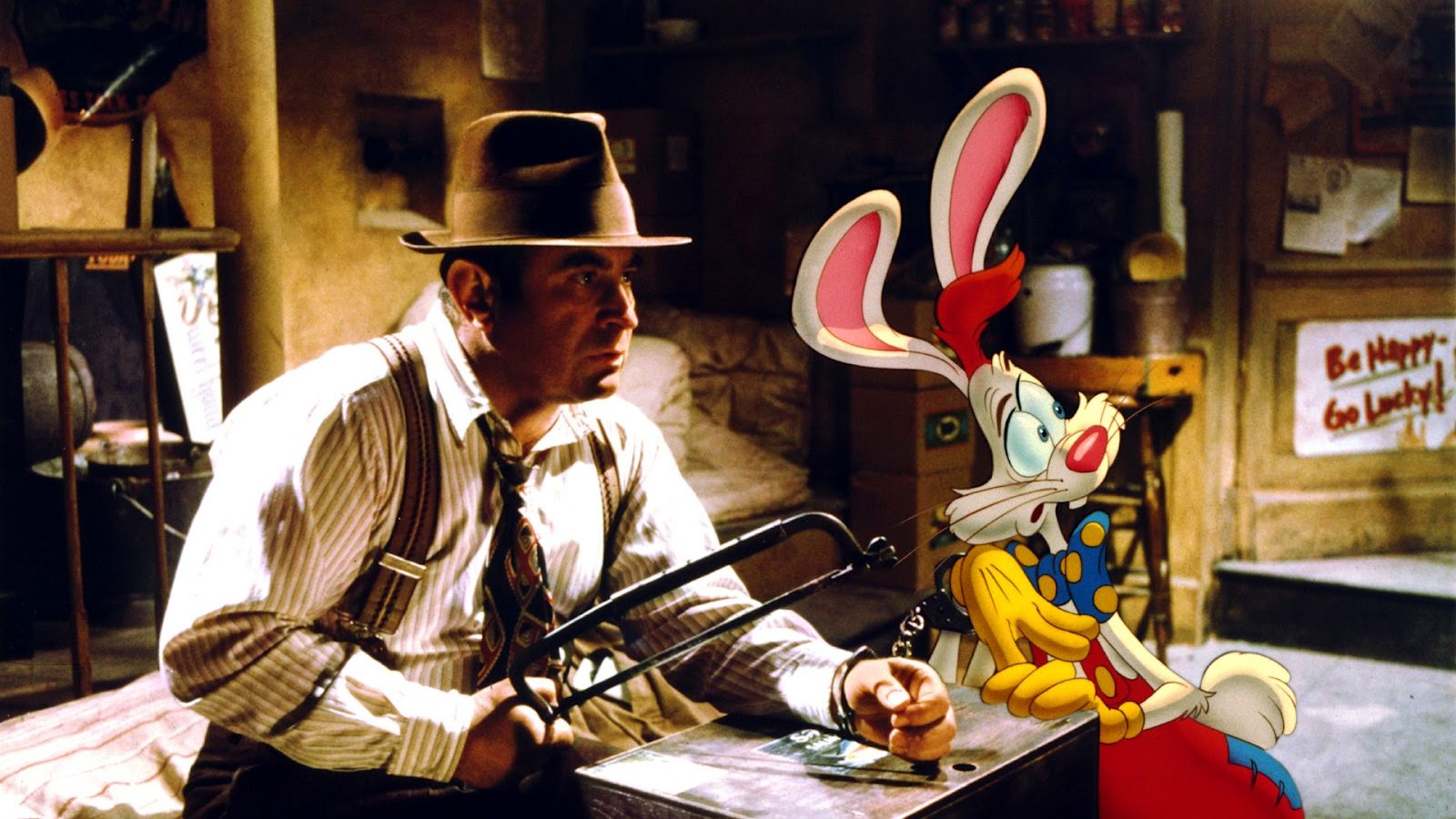 Before he became obsessed with rubbish motion capture animation, Robert Zemeckis came up with this brilliant blend of live action and cartoon characters, with impecunious, ‘toon-hating gumshoe Bob Hoskins hired to investigate a Toontown scandal in which superstar Roger Rabbit’s saucy wife Jessica (Kathleen Turner) is suspected of adultery. It’s not long before poor Roger is framed for murder.

The late Bristol-based animator Richard Williams deservedly won a special achievement Oscar for his work on the film.