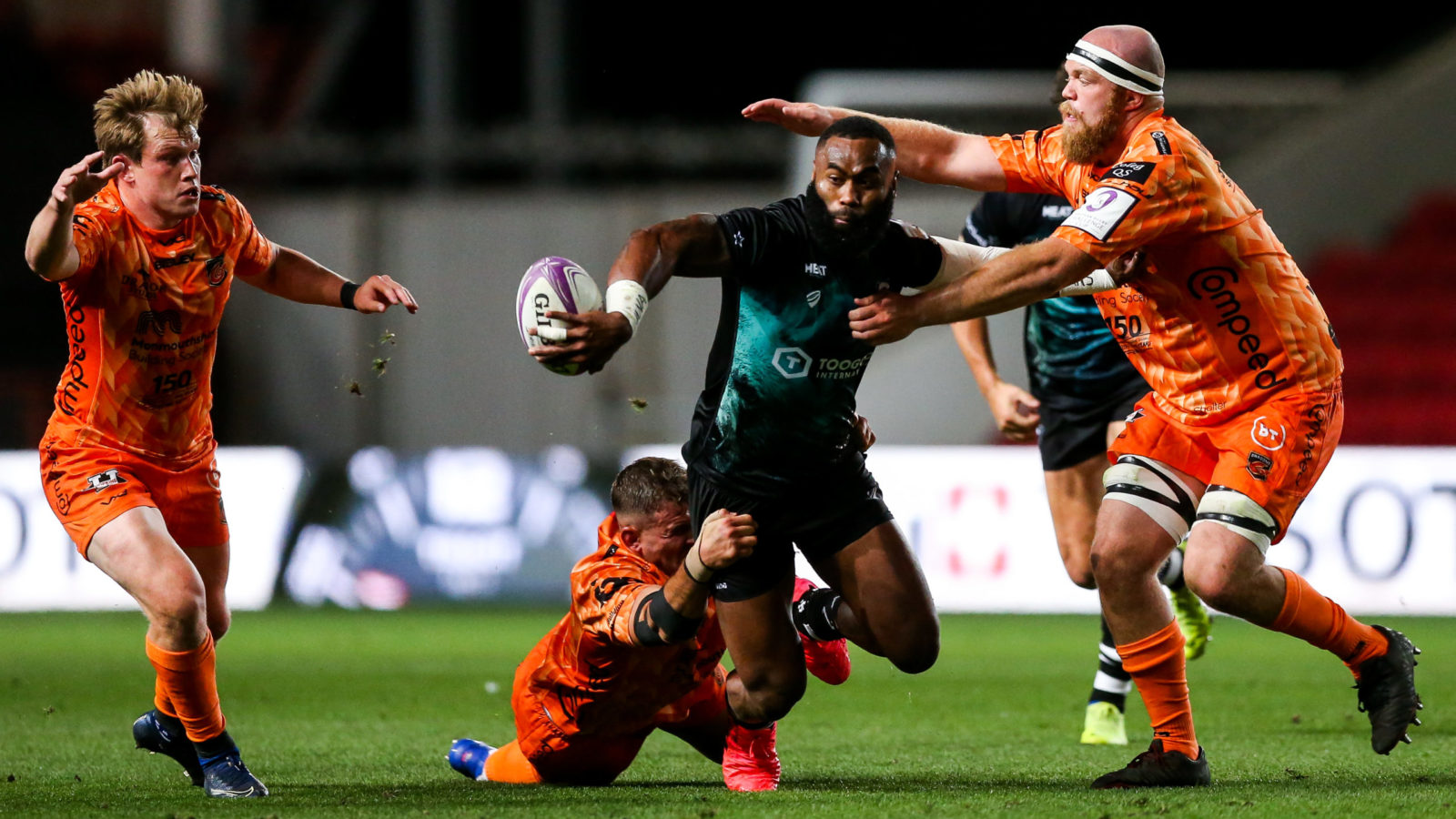 There was a round of applause for the missing spectators before kick-off in Bristol Bears’ Challenge Cup quarter-final victory against Dragons.

But it won’t be long to wait for the return of fans as Ashton Gate has been selected by the government to act as a pilot for Premiership Rugby with socially-distanced supporters able to attend the fixture against Leicester Tigers on September 30.

That game will be the last home league game of this season and the first chance for fans to see summer signings including Semi Radradra and Kyle Sinkler in the flesh.

Radradra in particular will draw gasps from any crowd.

His scintillating individual try early in the second half at Ashton Gate had him operating almost on another plane to everyone else on the pitch, time seeming to slow down just for the Fijian as he ran almost nonchalantly from his own half, beating three Dragons players as he raced towards the corner.

After fielding a younger side against Sale, this 56-17 win was Pat Lam’s first choice XV other than the still suspended Siale Piutau.

Individual errors and some brilliance from the Dragons made for a nervy first quarter for the Bears. But then everything just clicked, with three quick tries by Nathan Hughes and two from Ben Earl.

Wow @BristolBears are on fire 🔥

Three tries in as many minutes, just look at the rugby on show! 🤯#ChallengeCup pic.twitter.com/JG0FMTVKOv

Ashton Gate announcer Ian Downs earned his keep in the last ten minutes of the game which saw three tries in quick succession.

Bristol’s fifth try with six minutes remaining was scored by Chris Vui crashing over the line, followed just a minute later by Max Malins after a break down the right wing by Luke Morahan, and then Daniel Thomas profiting from a tap penalty.