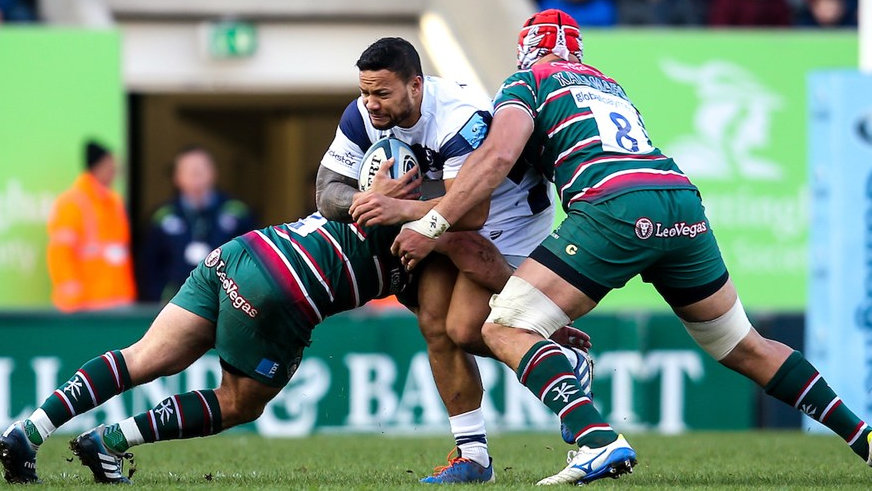 Bristol Bears were made to pay some early indiscipline as Leicester Tigers took the spoils from an end-to-end Gallagher Premiership clash at Welford Road.

Jordan Lay and Alapati Leiua were sin-binned inside the first 20 minutes to leave the visitors with just 13 men for a short time – and Pat Lam’s side paid the price, with the hosts racing into a 21-6 half time lead courtesy of tries from Ellis Genge, Jonny May and George Ford.

Two tries in two minutes clawed Bristol back into the contest just minutes into the second period, as Dan Thomas and Piers O’Conor touched down to set up a thrilling finale.