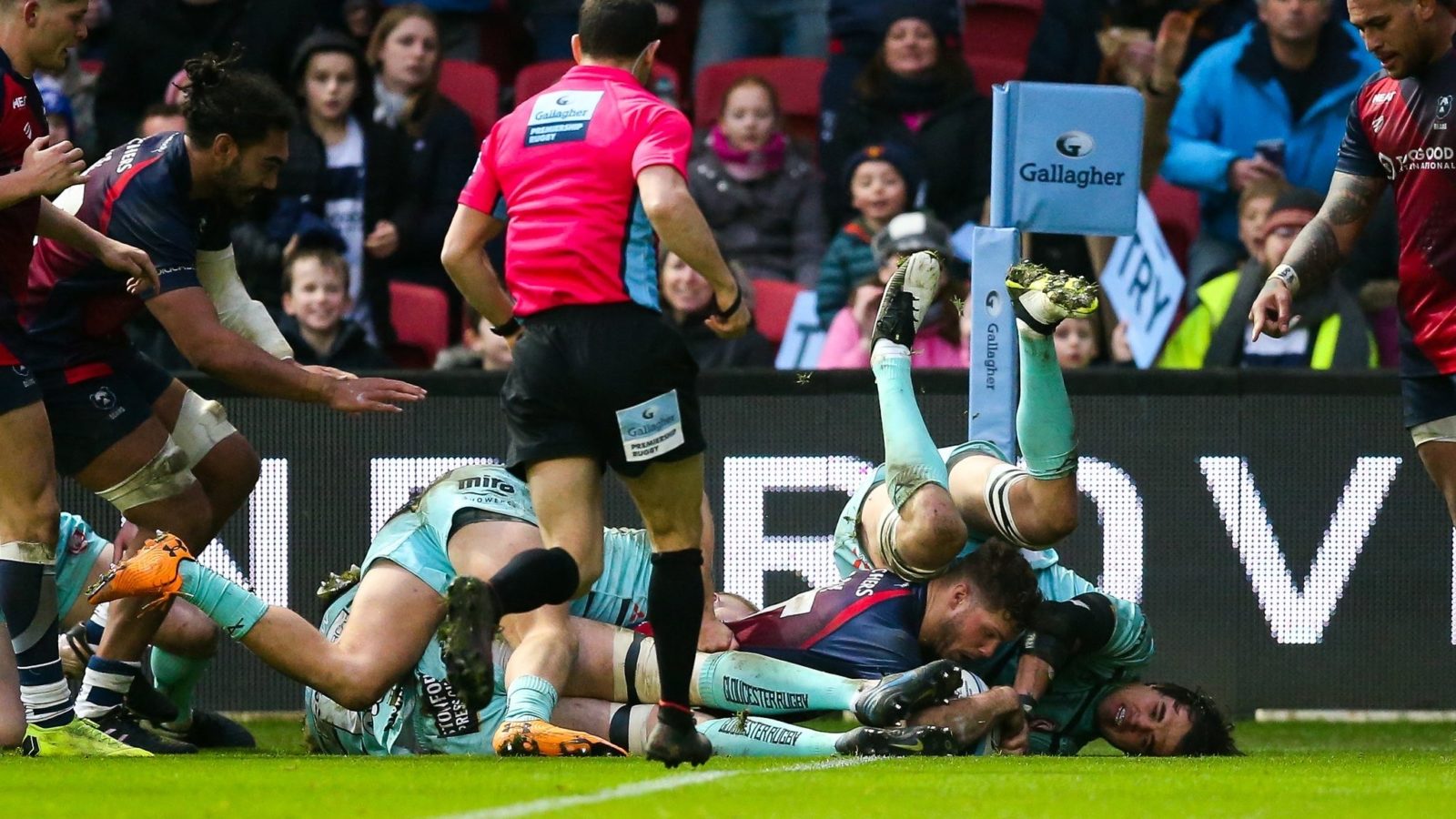 It was an Ashton Gate debut to remember for Henry Purdy as he scored the first try of the match, crashing over the line at the start of the second half against his former club.

The much-needed win was the first in five league games for the Bears, who now have a three-week break until their next game.

Bristol led 15-9 at half-time with all the points coming from penalties off the boots of Callum Sheedy and Owen Williams. It was a half of few try scoring opportunities, with Bristol perhaps overconfident at times with ball in hand.

It was a different story in the second half, with Purdy’s try in the left corner coming after he stepped inside and was just able to stretch for the line, and Luke Morahan making an easy touchdown on the opposite wing after the ball was skillfully passed along the backline.

Freddie Clarke scored a consolation try for Gloucester with two minutes left, but it was too little too late for the visitors as the Bears got back to winning ways in the Premiership against their West Country rivals.

Bristol Bears director of rugby, Pat Lam was happy with the win but said that the team had “missed a golden opportunity” to take all five points.

Lam said: “I’m very pleased. We’ve worked very hard and I know we’ve come in for some criticism after our dip, and every team has their dip, we knew we’d come out of it because we identified what it was.

“And w’’re getting the rewards for that. We’ve worked extremely hard on the things that weren’t quite right with our game.”