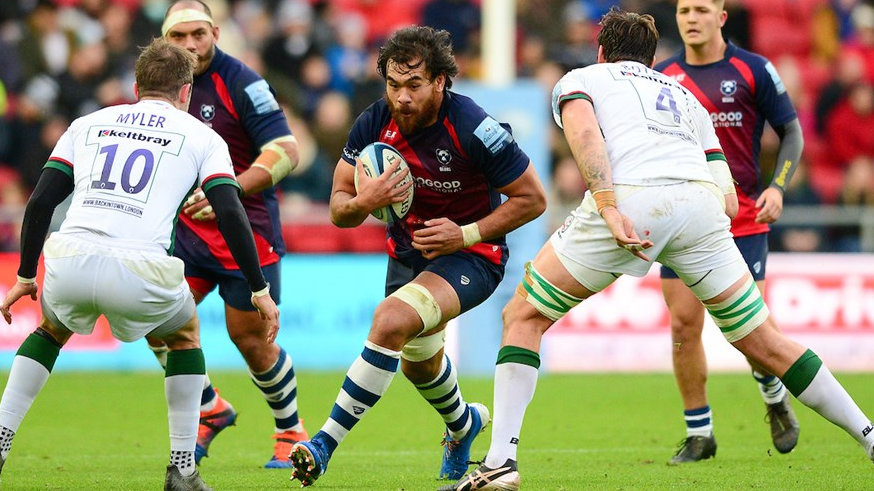 Harry Thacker’s bonus-point try three minutes from time looked to have earned victory for Bristol against an Exiles side who had seen Ollie Hoskins red carded just before half time.

Despite the sending off, for a dangerous clear out on Chris Vui, Irish led 7-3 at the break thanks to Ben Meehan’s try on 34 minutes.

Bristol hit their stride after the break and took the lead through Nathan Hughes, before Myler’s penalty edged Irish back in front.

In a harum-scarum final half an hour, Charles Piutau rounded off a sensational Bears attack to open up a five-point, before Waisake Naholo picked off Sheedy’s pass to race in and regain Irish’s lead.

It didn’t last long, as Thacker powered through the middle before Ed Holmes shook off four tacklers and drove down the touchline for an incredible solo score.

John Afoa was sent to the sin bin, and Irish looked to have sealed the win when Tom Parton dotted down in the corner, with Myler adding the touchline conversion.

Thacker scored Bristol’s fourth two minutes from time, but when the restart fell into the visitors’ hands, referee Wayne Barnes awarded a penalty at the breakdown and Myler held his nerve to level the scores.

Bears director of rugby, Pat Lam, said that the result was “extremely frustrating”.

He said: “We only have ourselves to blame. We had enough opportunities… When we got it right, we scored four excellent tries. It was just a pity that we didn’t finish that off.”