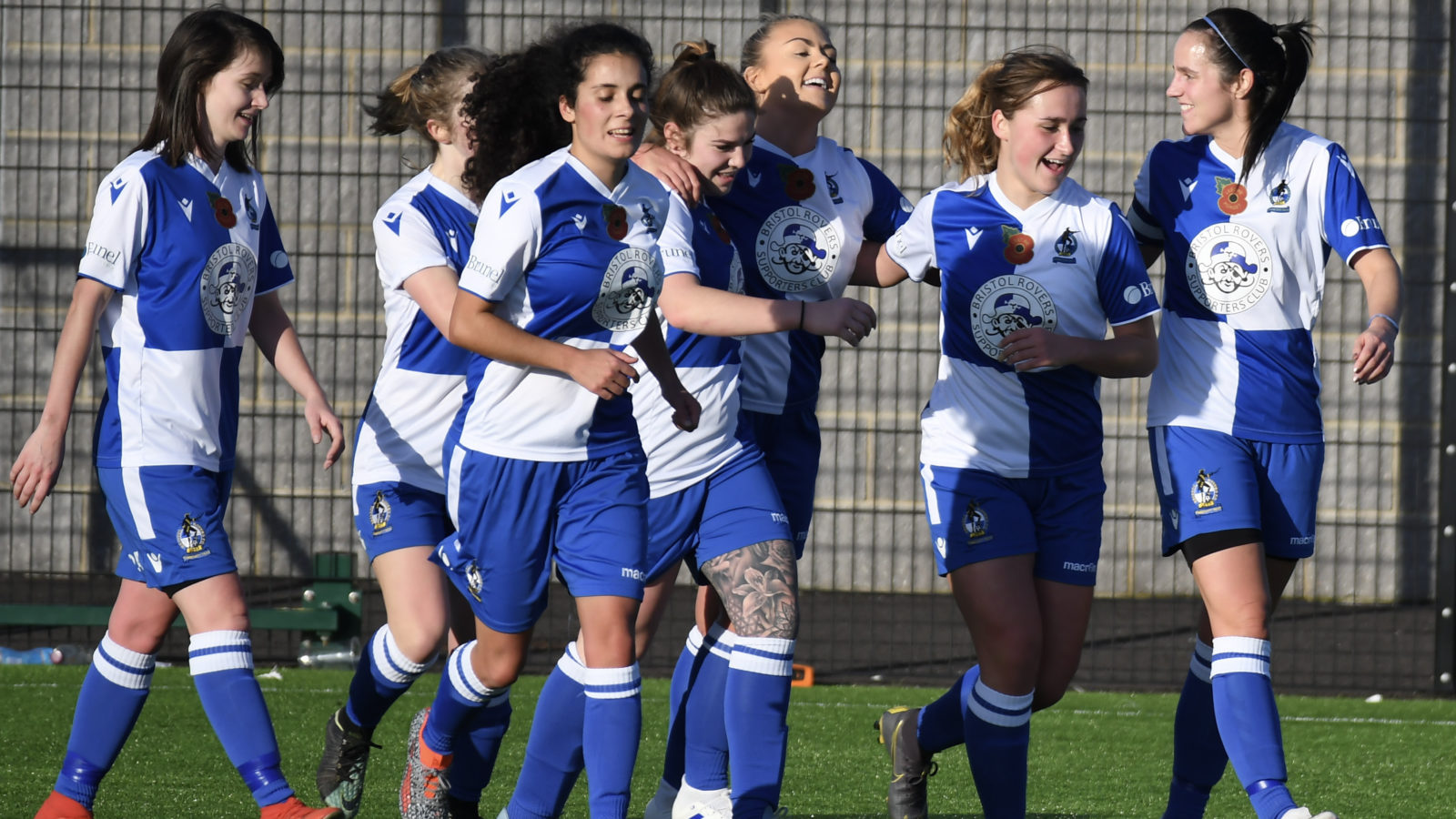 What a year it has been for Bristol Rovers Women’s FC.

It was only in May that Bristol Rovers Community Trust announced the return of the Gas Girls, with Rovers’ blue and white quarters represented in the English women’s football league pyramid for the first time since 2005.

Trials took place over the summer to decide the makeup of the squad, and following pre-season training both teams have started the season absolutely flying.

A major highlight so far was the 1st XI’s 7-0 victory against higher league opposition Forest Green in the Gloucestershire FA Trophy. At the side’s first home game of the season at Lockleaze Sports Centre, striker Georgia Vandries scored four goals, with one each from Libby Bell, Rosanna Rocha and Jen Atherton.

On a recent Thursday evening, the Gas Girls were being hosted by F45 on All Saints’ Street in the city centre for a tough resistence workout. After the workout, Vandries told Bristol24/7 that she had decided to join Rovers for a new challenge with a club that will grow.

“My ambition is to go further with the team, finding out our true potential,” said 22-year-old Vandries, who lives in Fishponds.

The Gas Girls are Bristol24/7’s Team of the Year

For club captain Natty Coles, one of the big draws of joining the Gas Girls was also to see the club grow and to be part of that journey, with Coles already looking at the possibility of a backroom role once her playing days come to an end.

“As a team, we have bonded really well,” said Coles. “We are gelling so well together but obviously these are still early days and there are still things we need to work on.

“But only being together for six months, it has been really pleasing,” added the 30-year-old from Hartcliffe.

For Matthew Davies, one of the founders of the newly reformed Gas Girls, 2019 has been “awesome”.

“As soon as we had pre-season, we could tell that we had two good squads,” said the Bristol Rovers Community Trust media manager, known to everybody as Mavis.

“At the moment, both teams are top of the league and we want to push now to get two promotions. Off the pitch, the support has been bigger than we could have imagined.

“It’s all positives so far. These are the foundations to build upon.”