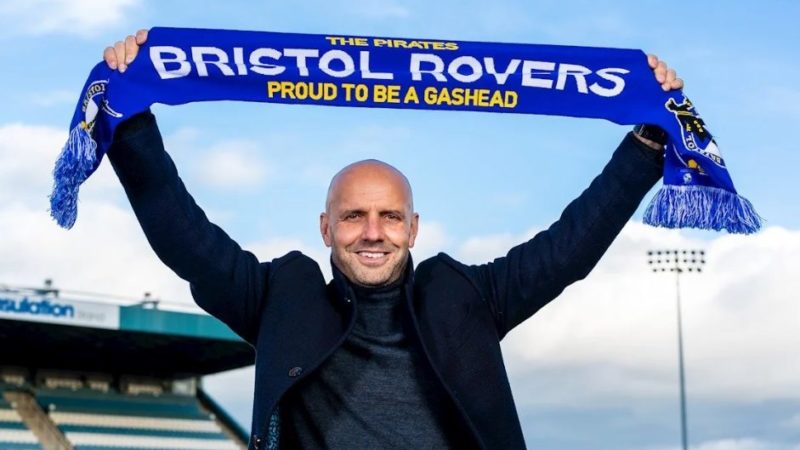 A manager with international experience and who took a university side to the first round of the FA Cup has been appointed as the new boss of Bristol Rovers.

Tisdale has signed a two-and-a-half year deal at the Memorial Stadium, with his appointment coming less than a week after Rovers sacked their previous manager, Ben Garner, who had been at the club for only 11 months.

As a player, Malta-born Tisdale represented eight clubs including Bristol City where he made four appearances between 1997 and 1998 before being sent on loan to Exeter, Dundee and Yeovil.

The 47-year-old also played abroad in Finland and Greece, but has found more success as a manager, taking the University of Bath into the FA Cup in the 2002-03 season and winning back-to-back promotions with Exeter City where he was in charge for 12 years.

Tisdale most recently was manager of MK Dons before being sacked in November 2019 after eight defeats in nine games.

Starnes said that he is “delighted to welcome Paul to the football club”.

“Paul has a vast amount of experience in the game and has several promotions on his CV. His ambition and long-term goals mirror that of the club’s ongoing strategy, to build a Bristol Rovers DNA.

“His track record of developing younger players is impressive and we believe he’s the ideal person to maximise the full potential that the playing squad possesses.”