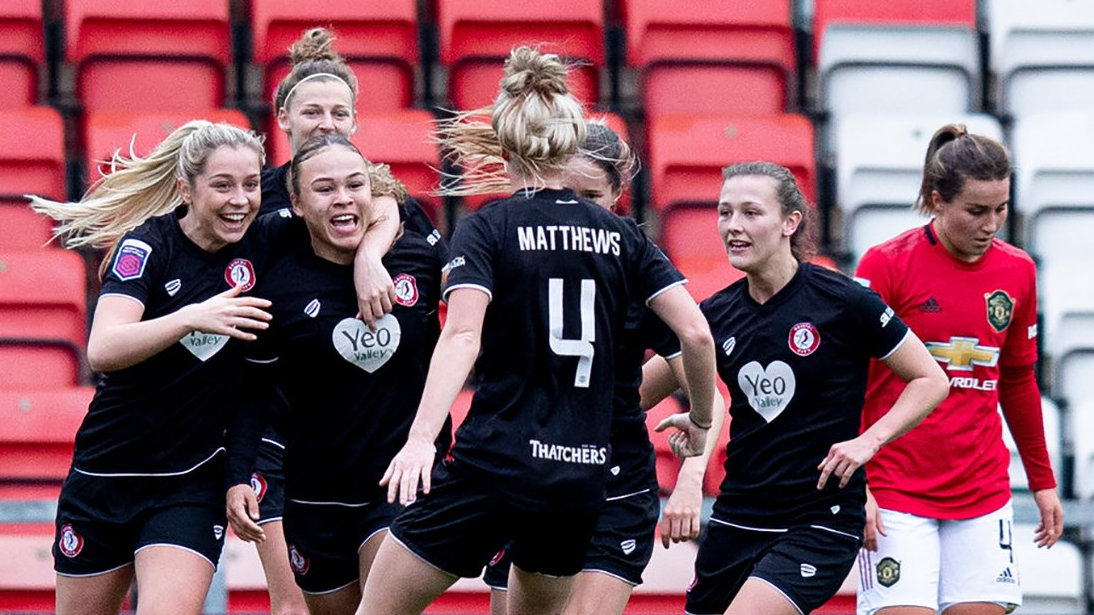 The momentous victory lifts Tanya Oxtoby’s side three points clear of Liverpool at the foot of the Barclays FA Women’s Super League.

The game’s decisive moment unfolded soon after the half hour mark.

Poppy Pattinson fired the ball into the feet of Salmon and with her back to goal 30 yards out, the speedster turned Abbie McManus and put on the afterburners to jet past the centre back and tuck the ball past Mary Earps in the United net to give City Women the lead.

United had one big chance before the half was up as the ball bounced around in the box from a corner and Leah Galton instinctively fired a shot on goal, which flew past Sophie Baggaley, but Loren Dykes was well placed on the line to head the ball clear and keep City’s lead intact going into the break.

As the second half progressed the hosts piled on the pressure but they were met by a resolute Bristol City defence, who fought for every second ball and put their bodies on the line and when United managed to break through they were met by an inspired Baggaley between the sticks. 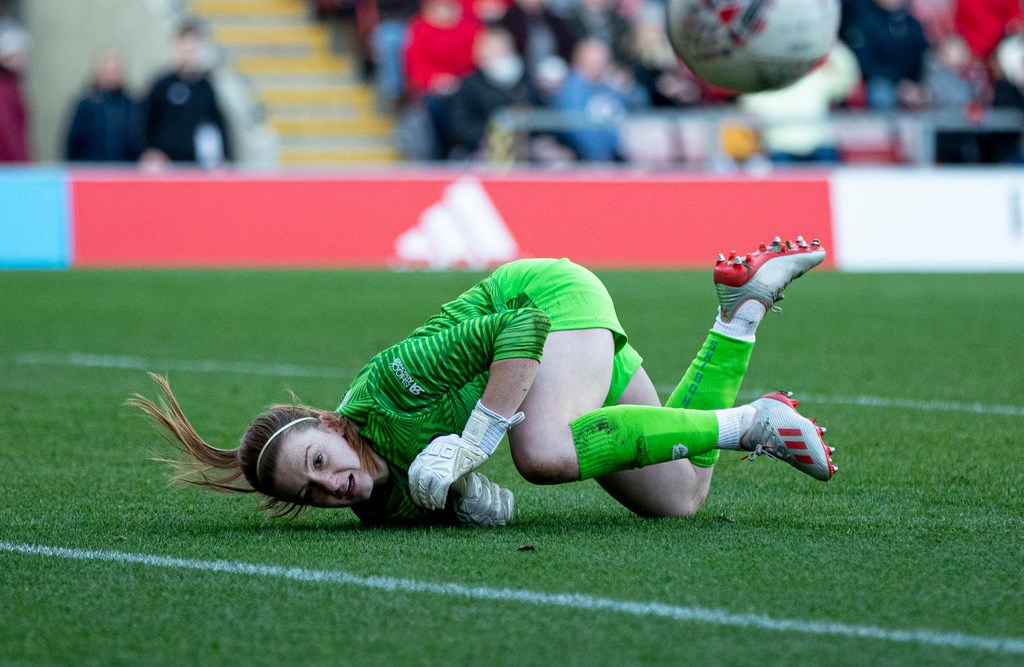 The City Women shot-stopper made a string of fine saves, including a spectacular one-on-one save with Galton as well as a rocket from the left boot off Ella Toone that looked destined to nestle in the top corner but for an acrobatic intervention.

United had one final chance as Hayley Ladd picked out Toone with a long diagonal but the substitute’s effort bounced off the post and clear of danger.