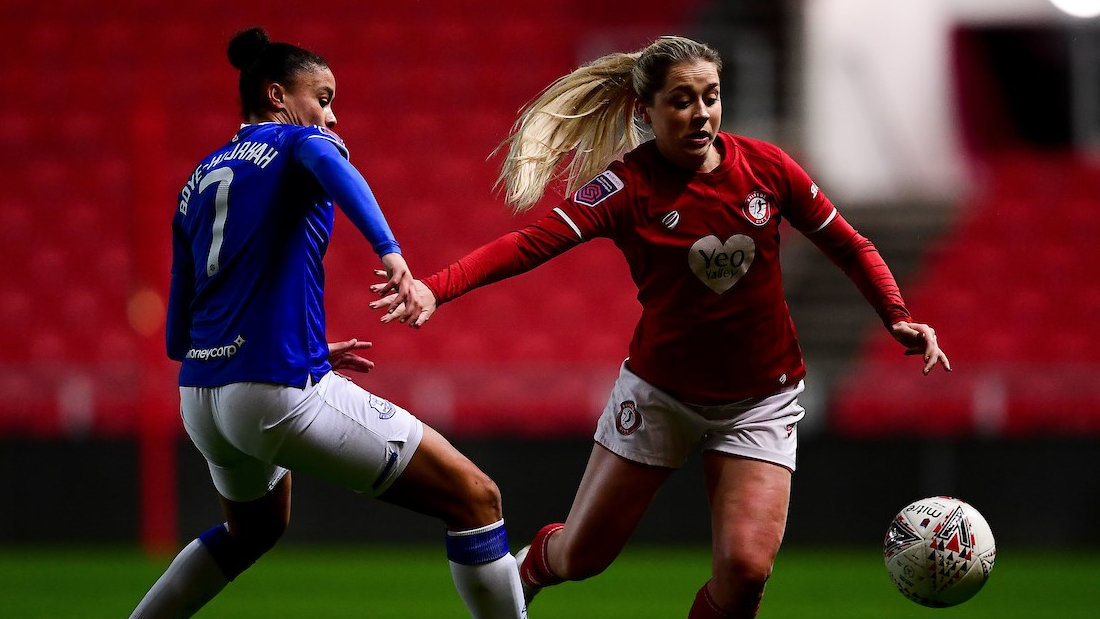 Bristol City Women fell to a heavy defeat at Ashton Gate Stadium as Everton advance to the quarter-finals of the Women’s FA Cup.

Everton took the lead just before the 10-minute mark when Inessa Kaagman’s low cross sliced through the City defence before reaching Lucy Graham who brushed the ball into the net.

The second came seven minutes later when Kaagman’s inviting corner fell to the unmarked Esme Morgan, who headed past Baggaley.

City Women probed for an avenue back into the game and almost pegged a goal back after 25 minutes as Salmon latched onto a through ball from Daniels, but the forward saw her curling effort flash inches wide of the shirt.

The visitors added a third before the end of the half as Graham got her second with a well-executed header into the top corner, leaving Baggaley with no chance.

Everton started the second-half stronger than the Robins, and they got their fourth 53 minutes in when Boye-Hlorkah played a pass in between the lines through to Kaagman, who slid the ball past the onrushing Baggaley.

Cain rounded off the scoring for the Toffees shortly after when Boye-Hlorkah’s lofted cross towards the far post was met by the winger with an acrobatic volley that deflected past Baggaley.