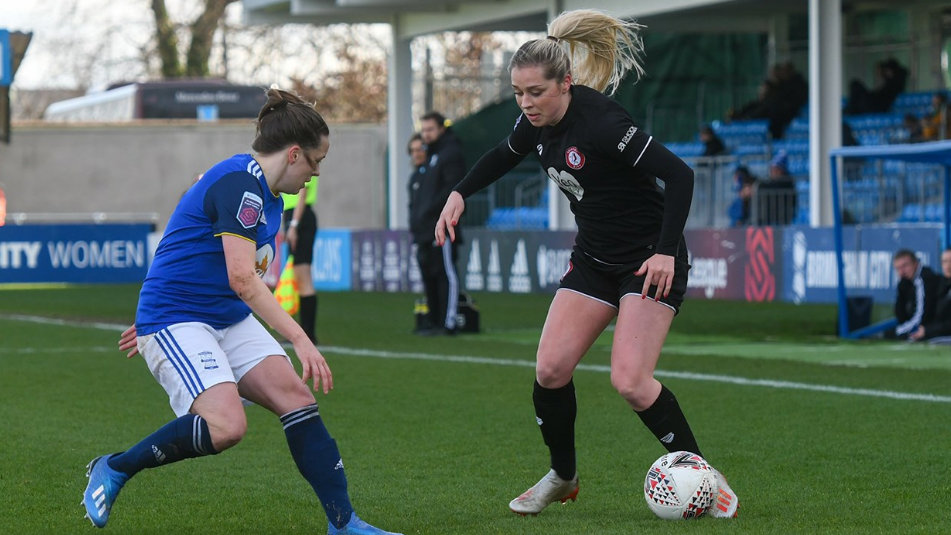 Having played 14 games, City Women are on nine points. Below them are Birmingham, with a game in hand, on seven points; with Liverpool at the bottom of the table on six points.

Birmingham began the game brightly and got the first look on goal when Visalli picked up the ball 20 yards out and unleashed a strike, which Baggaley was on hand to get down quickly to and make a smart stop.

The pressure kept coming for the hosts as Mayling’s inswinging corner momentarily caused the Bristol City defence problems, but Baggaley came through the crowded box to beat the ball away from danger.

Bristol City’s first clear cut chance came on the half an hour mark as a well-crafted move allowed Robinson to burst into the Blues’ box, get to the byline and pick out Wellings in the six yard box but Hampton was equal to the forward’s effort to keep the scores level. 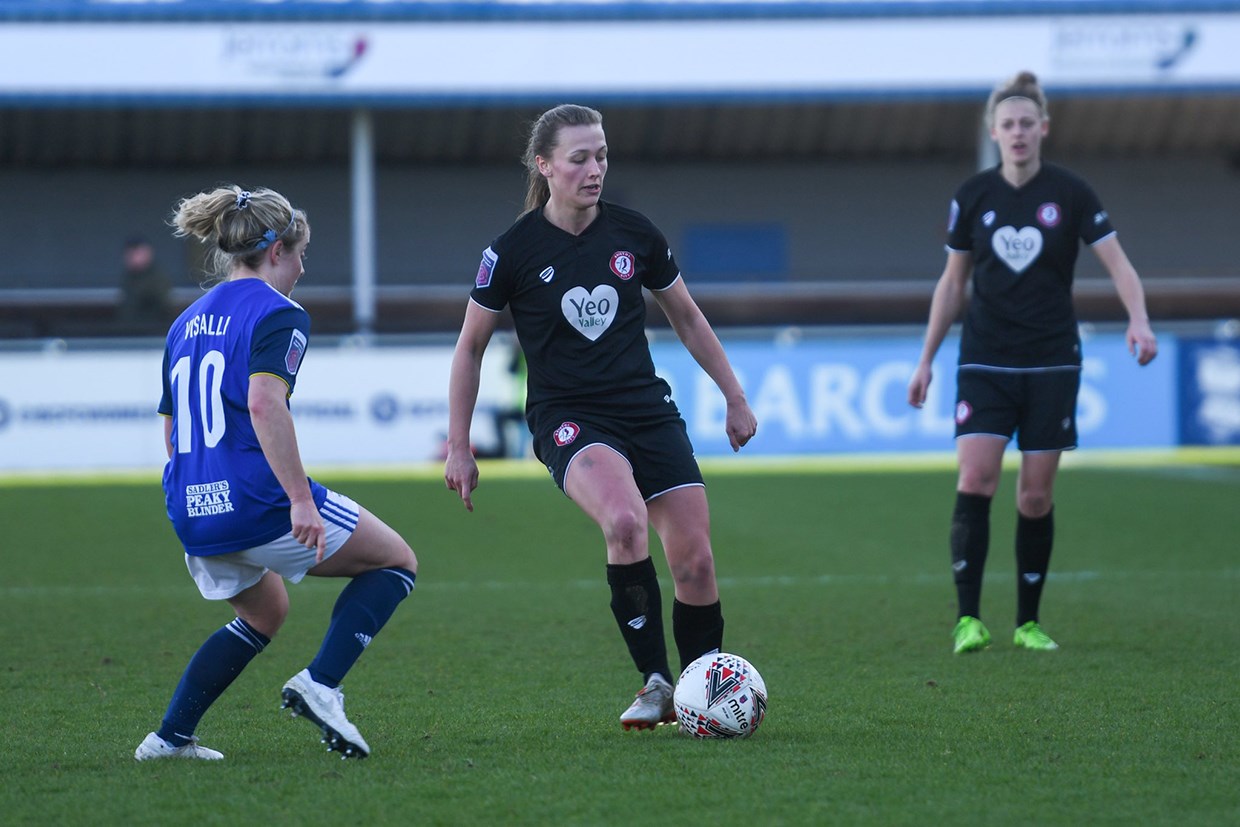 As the second half began, Bristol City seemingly had the wind in the sails as Tanya Oxtoby’s side pressed for an opener at Solihull Moors.

Yana Daniels almost opened the scoring in spectacular fashion with a well-struck shot from 25-yards out, which had Hampton scrambling to cover but the Blues had the crossbar to thank as the ball clattered off the woodwork and clear of danger.

Birmingham slowly built their way back into the game and had a chance to take the lead as Williams stole possession in the Bristol City half and found Grant in the box, however Chance had tracked her runner and put in a perfectly timed challenge to prevent a shot at Baggaley’s goal.

The decisive moment came 75 minutes into play and no less than ten minutes after the introduction of Salmon. The speedster raced onto a precise through ball from Matthews before keeping her composure and sliding the ball under Hampton to put the Robins ahead.

Birmingham pushed for an leveller but they couldn’t find a way through and City almost had a second as Chance instinctively pulled the trigger from range and rattled the ball off the crossbar.