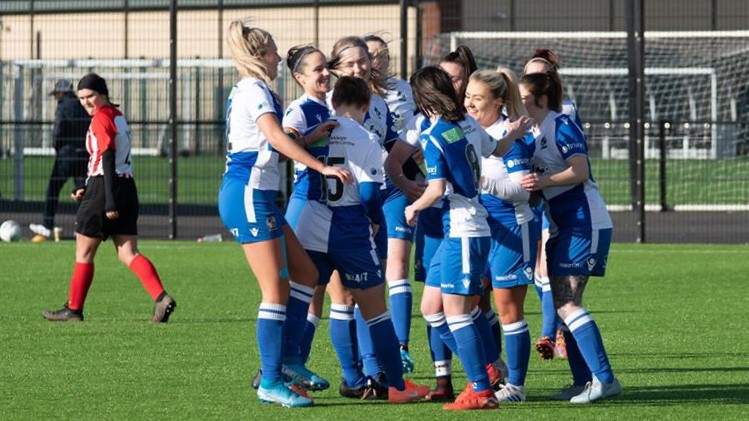 Despite winning all 11 of their matches in their comeback season, scoring 45 goals in the process, the Gas Girls will not be promoted.

It follows the announcement that all women’s and men’s football in England below the top tiers will end immediately with all results being expunged.

“Naturally we are disappointed that our first season in the GCWFL (Gloucestershire County Women’s Football League) has been declared null and void,” a Bristol Rovers Women’s statement said.

“It’s been an incredible debut season and we are so proud of our girls who continue to put so much effort into their football and wear the famous blue and white quarters with pride!

“However, there are far more important things to consider currently and we are already determined to come back stronger than ever next season with some exciting plans and developments coming in the near future.

“A huge thanks goes out to all of our sponsors, partners and supporters who have been with us since day one and we can’t wait for you all to join us on what will be a fantastic journey!”

Gas Girls captain Natty Coles tweeted: “Absolutely gutted, but only a set back, stay tuned for the comeback!”

The Gas Girls first team were playing in division one of the GCWFL, with their development team top of division two having won 10 of their 11 games.

The newly reformed club was an initiative from the Bristol Rovers Community Trust in 2019, which saw Rovers’ blue and white quarters represented in the English women’s football league pyramid for the first time since 2005.

Following their unbeaten return, the club was named Bristol24/7’s 2019 team of the year. 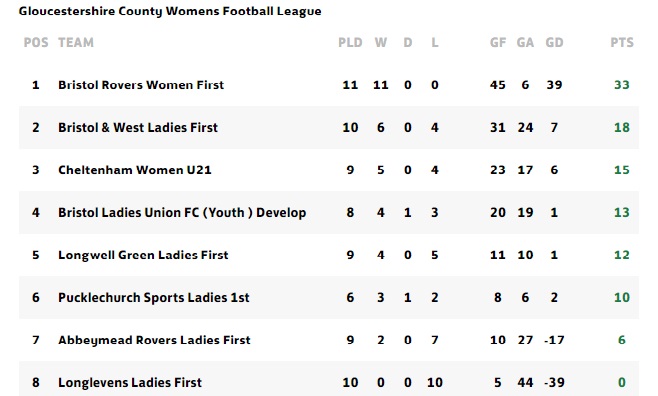 Bristol Rovers Community Trust tweeted: “Our girls should be so proud of themselves… Their effort and commitment to #BristolRovers is truly inspiring, but now is the time focus on the more important matters that we face.

“We can’t wait to see them back out there, wearing the 🔵⚪ shirt with passion & pride!”