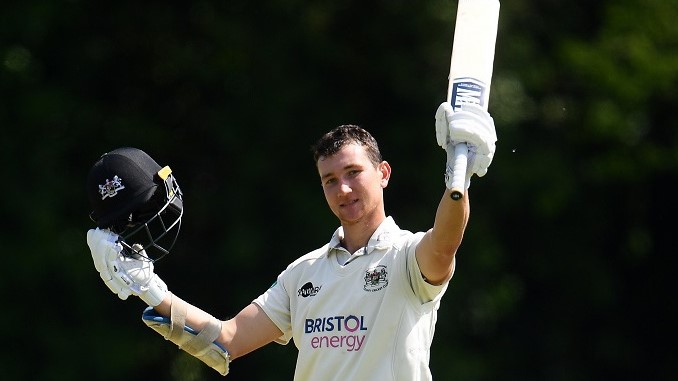 Bristol-born James Bracey only made his debut for Gloucestershire in 2019, but his impressive form behind the stumps and with the bat has earned him his first England call-up.

The 22-year-old top-order wicketkeeper-batsman has been named in a 55-man England training squad.

It’s another remarkable milestone for the cricketer known to his teammates as Bobby, who grew up playing for Winterbourne CC, joined the Gloucestershire academy and went to university at Loughborough.

Bracey’s 2019 season for Gloucestershire saw him finish as the highest run scorer across both one-day and T20 competitions, which earned him a call-up to the England Lions side where he scored 154 runs off 134 deliveries across two games against Australia A.

Bristol Rovers fan Bracey – who attended the Ridings, now Winterbourne Academy, then SGS College – is among 14 uncapped players that have been asked to return to training in preparation for a revamped international summer.

England & Wales Cricket Board performance director Mo Bobat said: “The pool of players will give selectors strong options when it comes to selecting squads across formats further down the line, as we move closer to our aim of playing international cricket this summer.

“We will need to continue to work closely with our medical team and government to ensure that our return to training and play activities are in line with best-practice guidelines.

“We’re also really grateful for the positive and collaborative response from our county colleagues who are doing a great job at facilitating coaching and support for the players.”