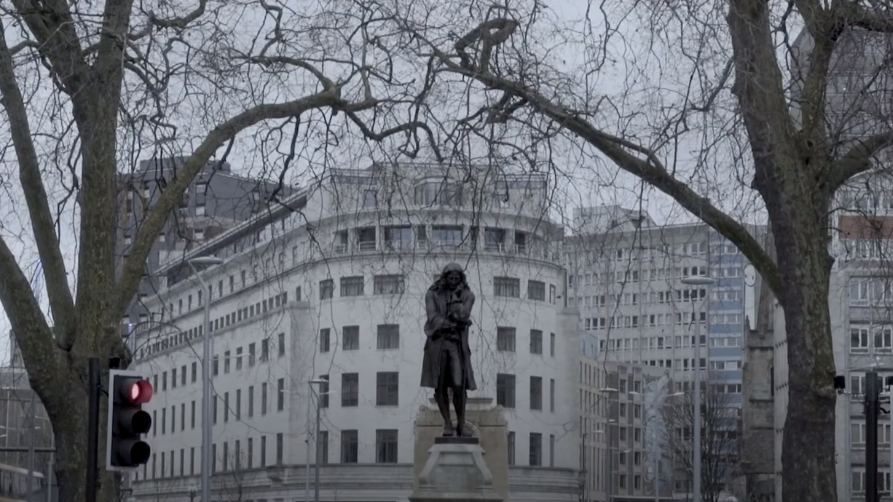 Earlier this year, I was given the opportunity to make a film about Bristol when I took part in the Stories from Our City programme run by boomsatsuma and Bristol24/7.

Whilst mulling over ideas for the assignment, I decided to make a film about Bristol’s often ignored and therefore invisible slave history, something I learnt about in my postcolonial class whilst reading my masters at the University of Bristol.

The film was inspired by a walk I took with my class in which we visited multiple sites of historical significance around the city and debated the inherent politics of empathy in who we choose to remember and who we choose to forget.

As a city, Bristol is steeped in iconography that serves as a constant reminder of who is important and who is not. Through Erased, I wanted to explore the ways in which statues like Colston’s are themselves the visible markers that tell us which version of history remains important.

Meanwhile, the invisible stories of the two “freed” slaves the film features remain untold and forgotten, effectively erasing them from history itself.

I was stood 50 metres away from the statue when I saw it get tugged to the floor. The whole crowd erupted into a sea of cheering as they looked on, unable to believe that the statue that finally come down after years of petitions and public campaigns.

For me, after staring at Colston’s face and trying to decide how to compile a series of shots to embody his sinister presence in the city, watching the statue come down felt personal.

As the protest continued and black people climbed up to take Colston’s place and speak about their struggles, it felt as though the city was finally acknowledging the history it had for so long chosen to forget. 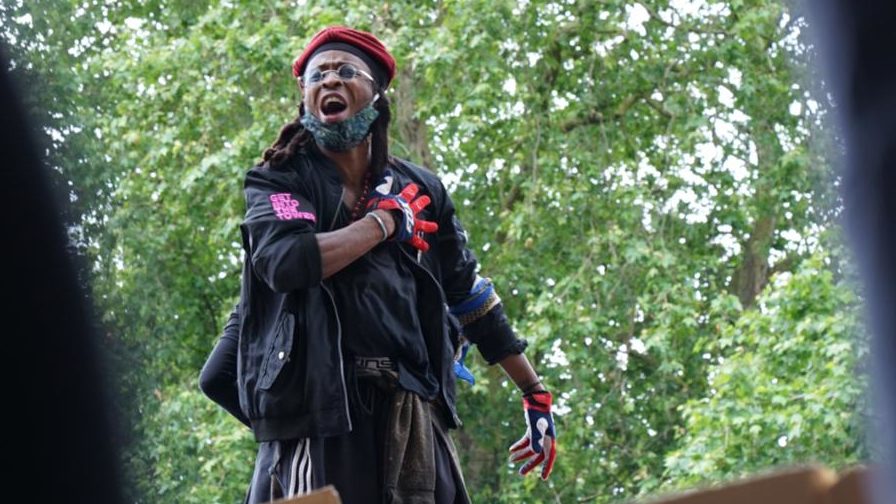 Protesters stood atop the plinth where Colston’s statue once stood to tell their story. Photo: Phil Riley

Erased is a film that asks you to question the ways in which British history has erased black history, black voices, and black lives.

In the days following the protests, it has become clear that the removal of Colston’s statue was not just an iconic moment in Bristol’s history, but rather a movement that has triggered a revision of history itself.

As the long re-writing of history continues, I hope that this film serves as part of the process of unlearning the celebration of oppressors and relearning the truths around historical injustice.

Warefta Murshed is 24-years-old and lives in Bedminster. She is studying for a masters in Geography at the University of Bristol, focusing on postcolonial geography, continental philosophy and environmental discourse.

Read more: ‘We are determined to tackle racism in all forms’