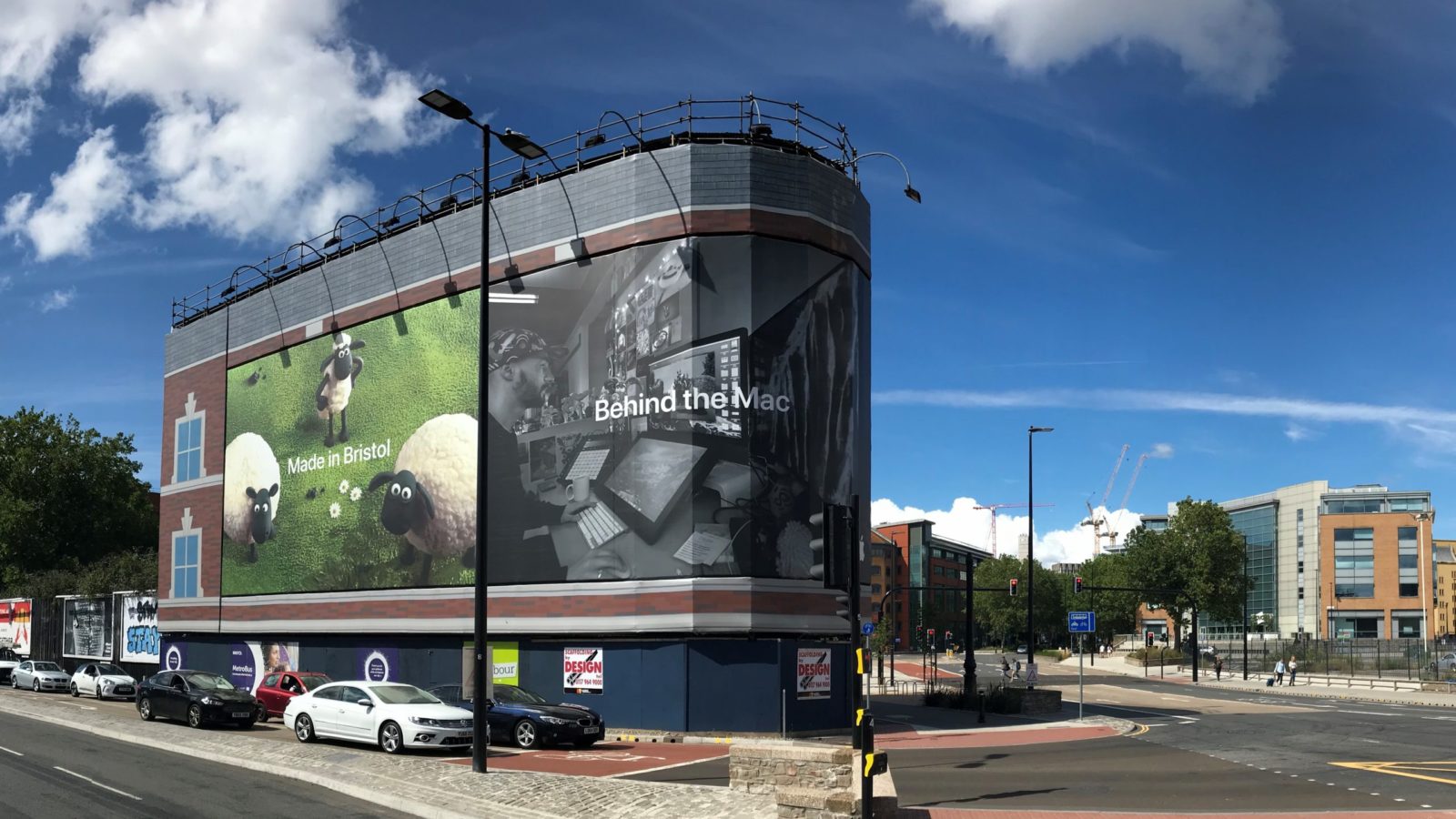 A director and designer from Bristol plays a starring role in Apple’s new advertising campaign.

Aardman’s Gavin Strange features alongside one of his company’s most famous creations, Shaun the Sheep.

Gavin can be seen both online and on billboards, including a huge advert on the side of the former George & Railway hotel opposite Temple Meads.

“I’m stoked to be a part of the campaign, especially to be alongside my stop-frame pal Shaun the Sheep!” Gavin told Bristol24/7.

Gavin, who lives in Yatton with his jewellery designer wife Jane, their three-year-old son Sully and rescue greyhound Peggy, said that he has been a Mac user “my whole creative life, so it’s lovely to be a part of the ‘Behind the Mac’ campaign”.

“It’s even more bonkers to see my face on billboards right here in Bristol! That feels really special for them to be a part of the city, as I’ve called Bristol my home for the last 15 years.

“I’ve had lots of friends tell me my face and Shaun the Sheep’s face has popped up before their YouTube videos or Twitch streams too, which blows my mind!” 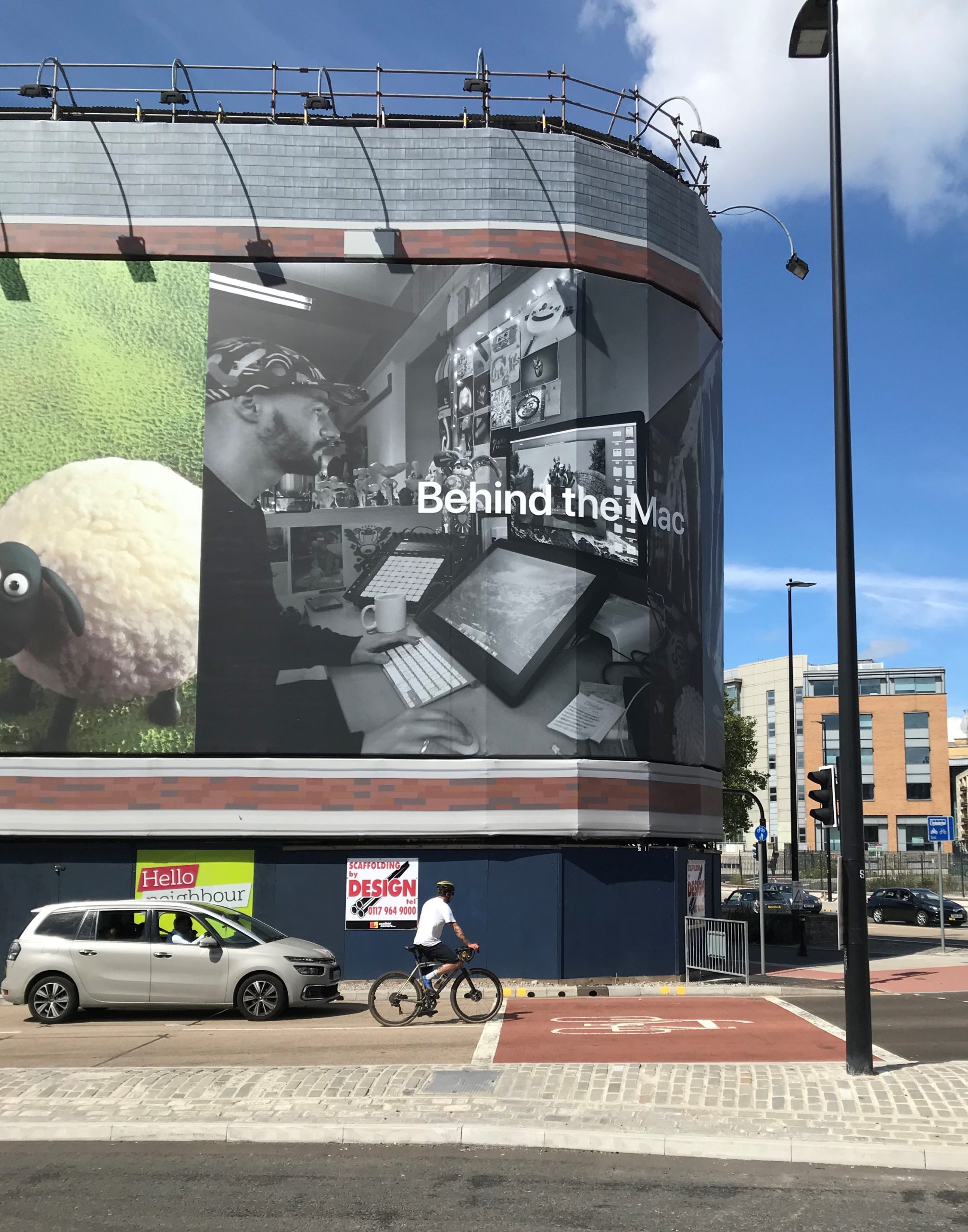 Gavin, who also creates work using the moniker Jam Factory, added: “It’s a real thrill to be a part of the campaign alongside so many super cool creators across the country – Michaela Cole, Grayson Perry, Dave, David Hieatt to name but a few!

“They’re people who inspire me, so it’s awesome to share the same stage as them!”

Stoked to be a part of @apple’s #BehindTheMac campaign, with this shot of me at my @aardmananimations desk, sharing the stage with some of the best creatives in the country! Dave! Grayson Perry! Michaela Cole! David Hieatt! Anthony Burrill! Shaun The Sheep to name but a few!! pic.twitter.com/wHlXeb6kLJ