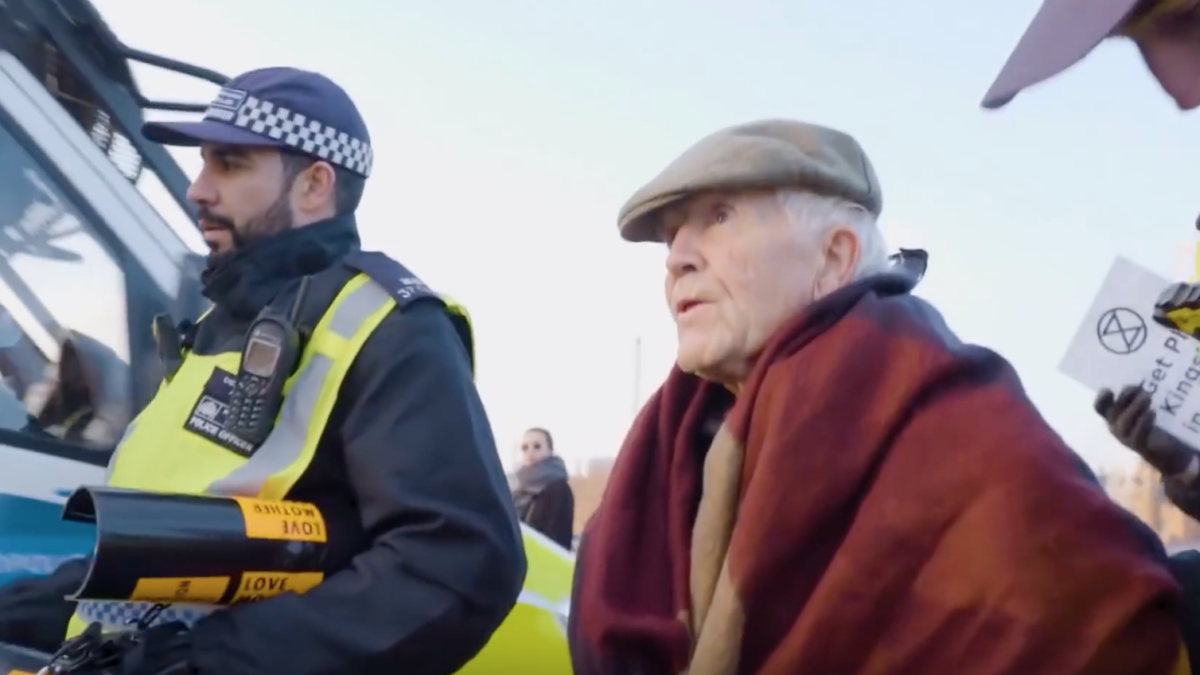 Phil Kingston is someone who’s all too aware of the dangerous direction our planet is heading in.

That’s why the 83-year-old Bristolian has spent so much time out on the streets supporting Christian Climate Action and Extinction Rebellion, making sure that those in power know exactly what he thinks of the current state of affairs.

He has been arrested some 12 times whilst protesting – most recently for climbing on top of a train at Canary Wharf station.

Amidst all his escapades, Phil’s wisdom, underpinned by an intense drive to make change happen, shines through brightly.

This has never been more apparent than the time he shared a stage with Greta Thunberg, the world famous Swedish schoolgirl who organised the first climate strike.

“We have extraordinary social power, if we’re willing to use it,” says Phil in a video on Extinction Rebellion’s YouTube channel.

“For years I’ve been on to members of parliament to really take this seriously…The suffering will be awful, and I don’t want my grandchildren to suffer. I want them to have life.”

Recounting a Sioux Indian proverb, he said: “When the last fish is caught, we will realise that we cannot eat money.”

Thanks to Rubber Republic for the photo and video