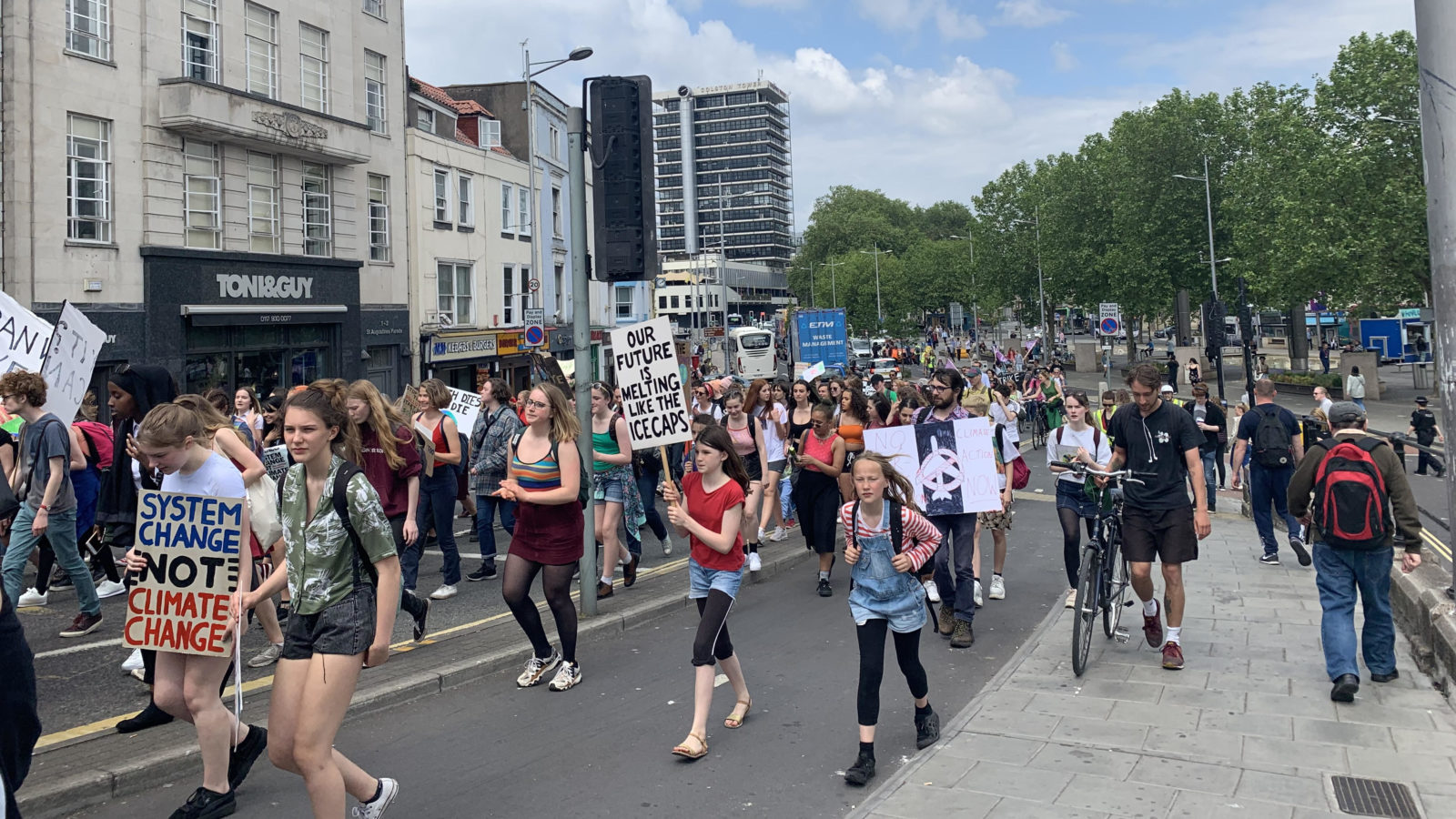 Hundreds of students and young people descended on College Green, protesting against the impact of climate change and demanding that the older generations take action, declaring a climate emergency and listening to the world’s youth.

Some of the specific worries among the young people striking were Bristol Airport’s planned expansion and the voting age remaining at 18, meaning that an large and vocal demographic, 16 and 17-year-olds, do not currently get a say in elections. 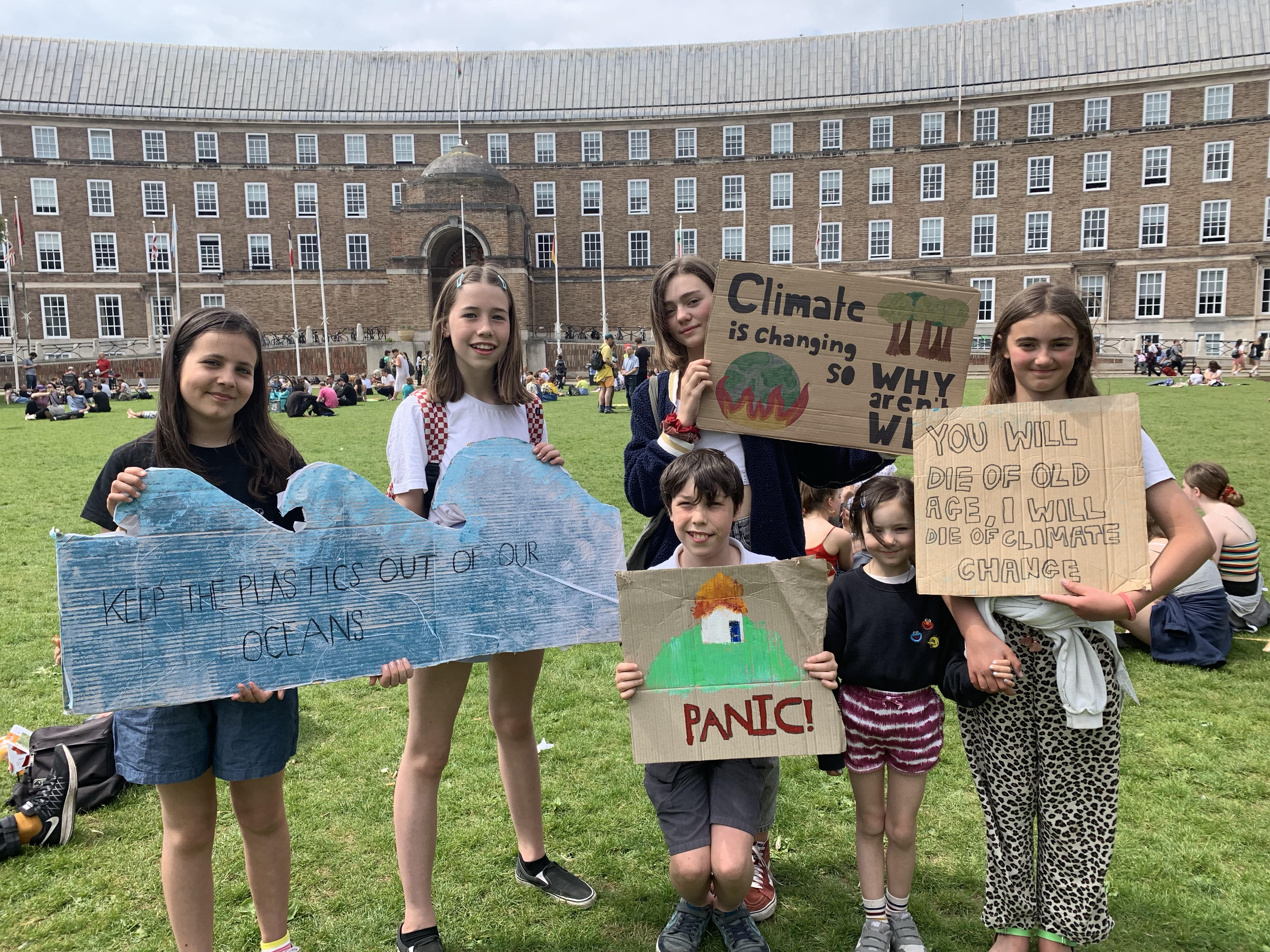 Students came from as far as Gillingham, as well as more locally. The ages of those striking from school ranged from seven to 19.

Speaking with protesters Emily Lloyd, 19, said: “Sometimes I feel really hopeful, because it’s becoming more talked about. But the people in charge don’t seem to be trying, and it’s scary.”

Liliam Stanley, 18, added: “Why would I go to uni and get a job I hate if I’m going to die before I can retire?”

Liliom and Emily are both part of The Mentality Project, a mental health campaigning group at Off The Record, and added that the climate crisis also adds to poor mental health among young people. They were handing out booklets with information on how to look after mental wellbeing while being an activist.

As the protest continued through the centre of the city, the chants and demands from the striking young people didn’t show any sign of quietening – in fact the chants seemed louder and more defiant than ever.