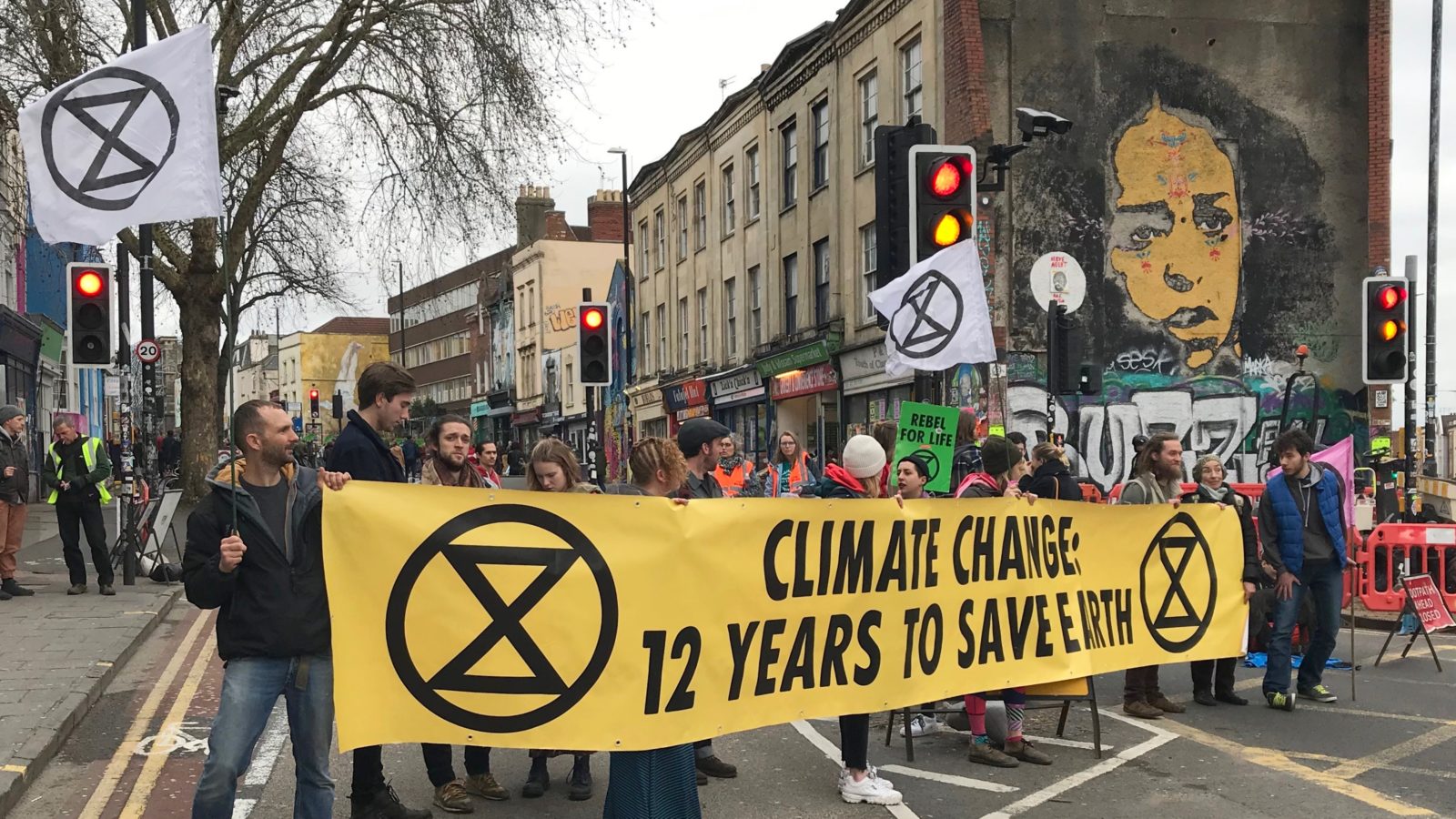 A mass non-violent protest will start on Bristol Bridge and sweep across the city from Monday, as campaigners call for action on climate change.

The Summer Uprising will see activists from across the South West occupy public roads and locations in Bristol for five days as part of a national movement.

Extinction Rebellion successfully brought the global climate change crisis to the top of the news agenda in April when campaigners caused mass disruption in the capital. More than 1,000 were arrested but, backed by the likes of David Attenborough and Greta Thunberg, the occupation led to Parliament declaring a climate emergency.

Hundreds are again expected to turn out in Bristol, Cardiff, London, Leeds and Glasgow from July 15 – 20.

“Maybe this is our generation’s moment – it’s as drastic and urgent as it is hopeful because it is possible to make a difference.”

He adds: “I have got to be able to look my daughter in the eye and say I have done everything I can.”

The rebels will be calling on the UK government to act now to halt biodiversity loss and cut greenhouse gas emissions to net zero by 2025.

Action will kick off at 10am on Monday on Bristol Bridge with a talk by Extinction Rebellion co-founder Gail Bradbrook.

The protest will spread to College Green on Tuesday, followed by a critical mass cycle ride on Wednesday and then action outside the Ministry of Defence in Stoke Gifford on Friday.

Throughout the uprising, there will also be space created for solutions, talks, music and family activities. 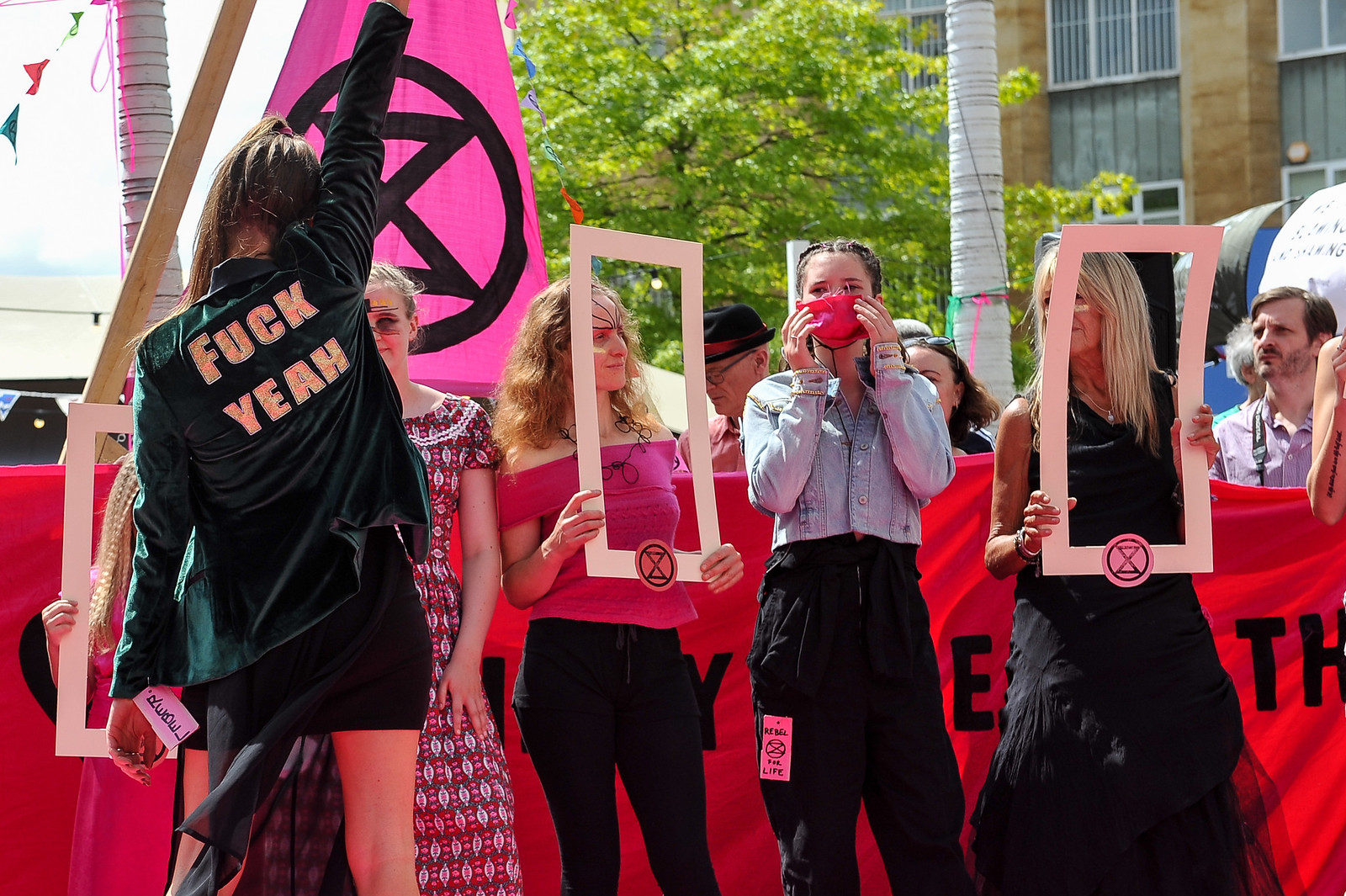 “It’s not just causing disruption but also creating a positive and constructive space where something can happen,” said an Extinction Rebellion spokesman.

“The magic of this event is that it’s in sync with four other actions across the UK. We really want to express the fact that this is not just happening in London but across the UK.”

Each city will focus on a different aspect of the ecological crisis.

Bristol campaigners will highlight the threat of rising sea levels and the risk of floods, which NASA research warns are likely to be a regular occurrence by 2050 if climate breakdown isn’t urgently addressed.

Speaking about why she’s getting involved, Lindsay Berresford, an Extinction Rebellion campaigner, Bristol resident and business owner, said: “As a mum of three young children, it has been really hard for me to face up to the full reality of our climate emergency. However, it has become impossible to ignore, as very credible people tell us that there is a real threat of complete societal breakdown.

“I want my children to have a future, a beautiful one at that, and I feel compelled to do what is in my power to make that happen.

“I know that there can be additional barriers for parents to get involved – it’s not easy to find the time to devote to activism alongside looking after my kids and running a growing business – but I really hope that lots of families will come and join us at the Summer Uprising.”

Two important trainings in the run down to #SummerUprising today

Extinction Rebellion campaigners say government at a national and local level is not taking the issue seriously enough and argue the only way to avert climate catastrophe is to act now and make an urgent transition to a renewable energy economy.

The Summer Uprising – codename Project Mushroom, because mushroom spores can crop up all over the place – will use the hasgtag #ActNow.