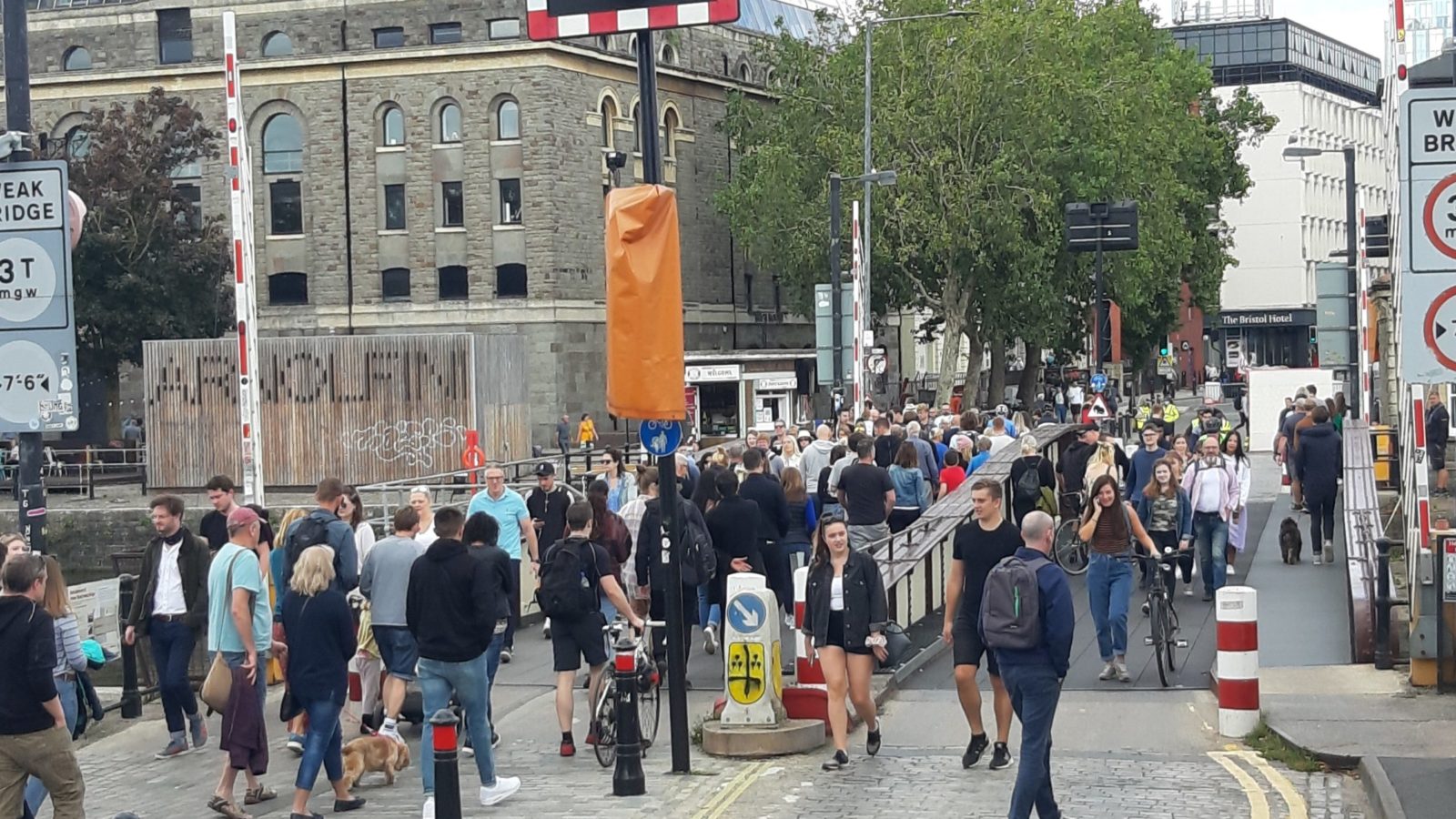 A system of temporary pink road signs, some featuring elephants, efficiently separated pedestrians and cyclists at the weekend, when protesters closed Prince Street Bridge to traffic.

Now Extinction Rebellion activists are calling for vehicles to be permanently banned from the swing bridge that crosses the water, linking the Arnolfini and M Shed.

In an open letter to Bristol’s mayor, they say the action over the bank holiday weekend prompted numerous positive comments from people crossing the bridge and argue it makes “common and environmental sense” to make the historic bridge accessible for cyclists and pedestrians only.

Responding to the call on Wednesday, Marvin Rees said all ideas will be listened to and taken into account, but he warned such matters can’t be approached as a single issue as city leaders have to balance improving air quality, maintaining access and keeping the economy running.

The letter from Extinction Rebellion comes three years after the bridge first reopened to cars following lengthy reconstruction and refurbishment works, a move that was at the time documented with calls for it to remain traffic-free.

The activists say: “Following the bank holiday weekend of Extinction Rebellion events on Bristol’s waterfront, it was clear that the closure of Prince Street Bridge to vehicle access was appreciated by Bristolians and visitors to the city. There were numerous positive comments about no cars on the bridge from passers-by.

“Seeing the bridge crammed with pedestrians, it is common sense – and environmental sense – to close the bridge to vehicle traffic permanently. Crowding pedestrians and cyclists into 50 per cent of the bridge width makes no sense in terms of health and safety in a time of social distancing.”

The campaigners claim ten times as many people now walk and cycle over the bridge than those who drive. Yet, the ten per cent in cars get 50 per cent of the space, squeezing walking and cycling into a “congested pinch point”.

Their letter concludes: “We hope that you will agree with our call to you and Bristol City Council to immediately and permanently close Prince Street Bridge to vehicular traffic.”

It comes in the wake of a raft of changes to the transport networks around the city as part of accelerated plans to improve walking and cycling. This work has seen the closure of Baldwin Street and Bristol Bridge to through-traffic, new segregated cycle lanes and plans for further closures of streets to through-traffic.

Local media were updated by the Mayor on Bristol’s response to coronavirus.

Watch the footage back now.https://t.co/ksfXt7YTUs

Responding to the proposals to ban vehicles from Prince Street Bridge during a press conference on Wednesday, the mayor said: “When we think about what we close, it’s done in line with a strategy that looks at people’s movements around the city. We can’t approach it as single issue. I think we have done pretty sterling work on Bristol Bridge and pedestrianisation of the Old City and increased active travel areas in Bristol.

“We do still have to maintain access between the north and south of the city and bridges are important to that end.

“We will listen to people’s ideas and take them into account, but we have to model the impact it will have on people’s lives before we do it.”

He said city leaders are “constantly trying to do the high wire act” of keeping the economy going, while at the same time trying to decarbonise the consequences of economic activity and improve air quality.

Rees added: “We will take the suggestion on and it will be a full part of the ask that the transport team grapple with.” 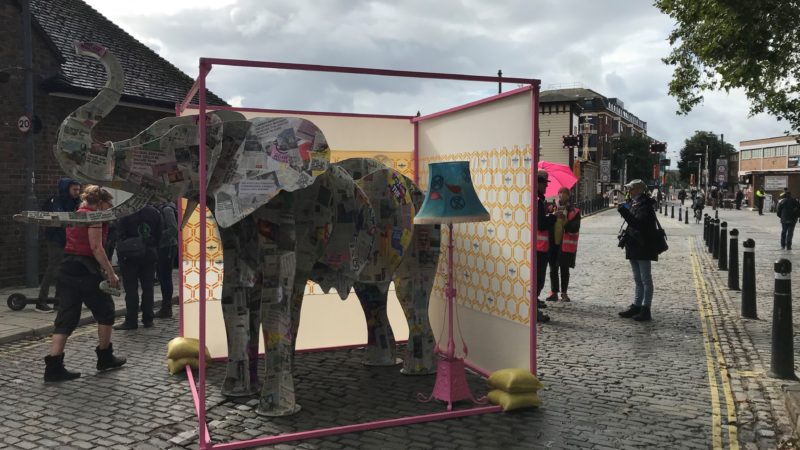