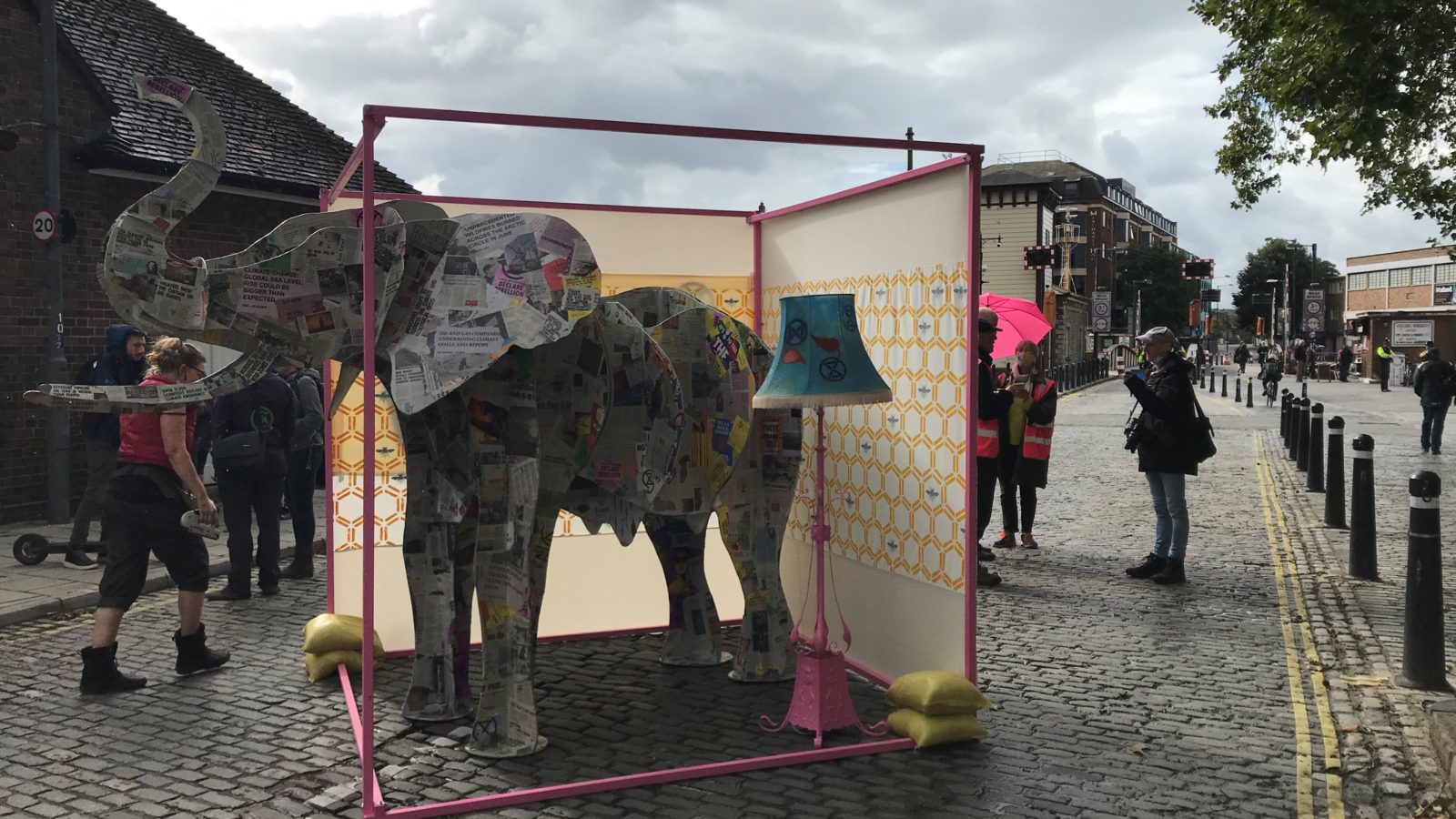 Extinction Rebellion protesters say that there is an elephant in the room.

To symbolise their point, a cardboard sculpture of an elephant has been placed on the Arnolfini side of Prince Street bridge, which activists closed to motor traffic on Friday morning.

The elephant represents the issues that XR say politicians need to urgently address to save our planet, with activists asking people to write to their MPs to ask them to back a reading of the Climate & Ecological Emergency bill in parliament.

Over a planned four days of protest over the Bank Holiday weekend in Bristol, there will be a stage, an arts area and collaborative artwork activities.

Talks on the stage will be given by people including former lord mayor Cleo Lake, with music from the likes of Dizraeli and The Callous Lips.

Extinction Rebellion’s Pete Hughes told Bristol24/7 that for years politicians and prime ministers have spoken “empty words” on the climate and ecological emergencies.

Hughes, who was one of the protesters on the roof of City Hall in June, said that Prince Street bridge was “emblematic” as part of the issue.

Ten to 20 times the number of pedestrians and cyclists as car drivers use the bridge, and yet they get the smaller half of the crossing.

Hughes said: “We decided to take this bridge, to cause as little disruption as possible to the people of Bristol, and actually make life a little bit more comfortable for people using the bridge.”