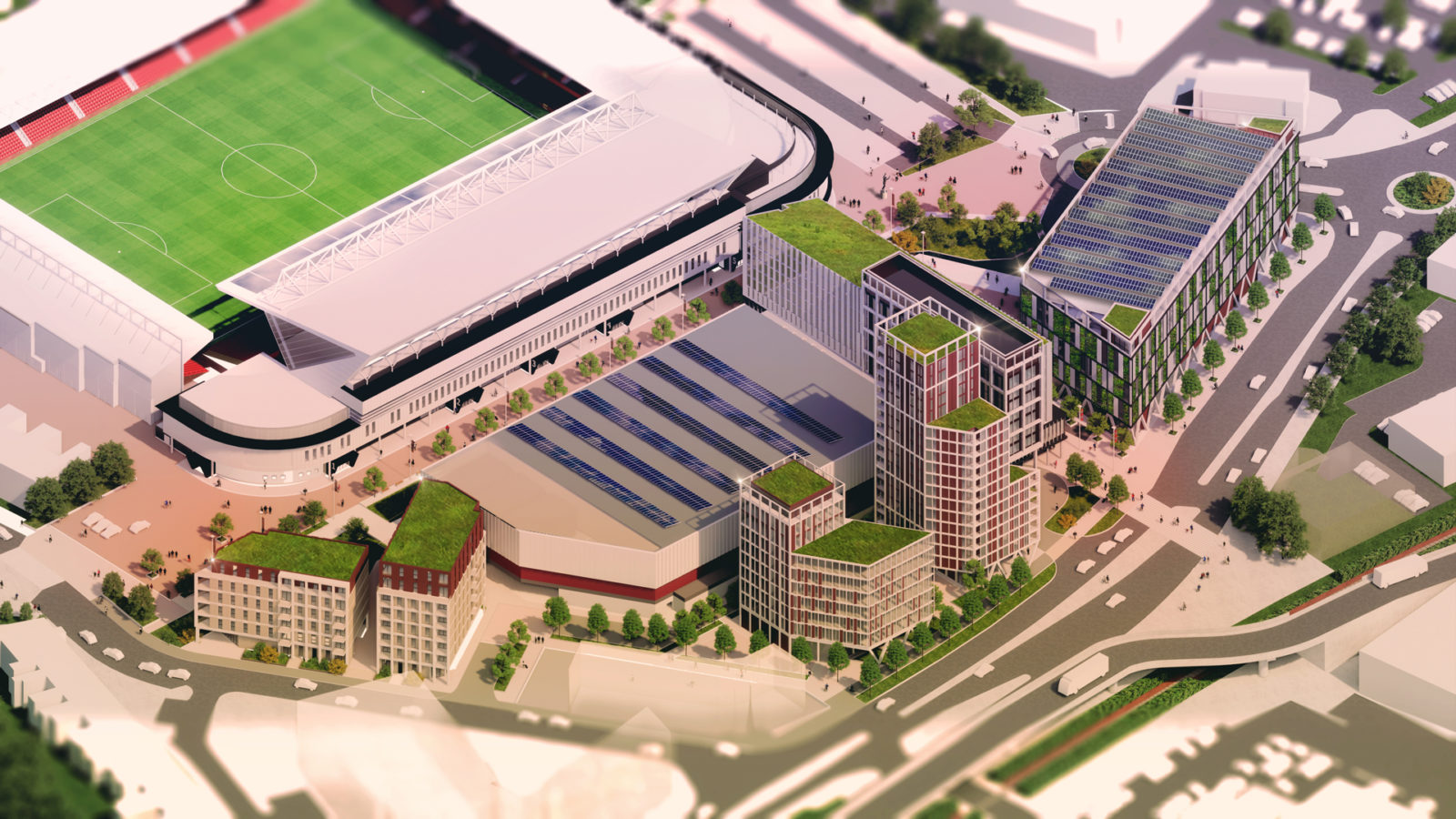 A planning application for new buildings around Ashton Gate and a new residential development called Longmoor Village could be submitted as early as the new year.

Ashton Gate Stadium bosses are starting the next round of consultations on the ambitious schemes, which aims to create “a world-class sporting quarter” as well as a new “urban village development” 500m from the stadium.

At the centre of the Sporting Quarter will be a 4,000-seater state-of-the-art sport and convention centre (SCC) providing a home for the Bristol Flyers basketball team as well as supporting multiple sports, entertainment, events and community uses.

Attached to the SCC will be a ten-storey-high four-star hotel, with the plans also including 140 flats in three buildings (the tallest which is 17 storeys high), a multi-storey car park and 30,000sq ft of office space. 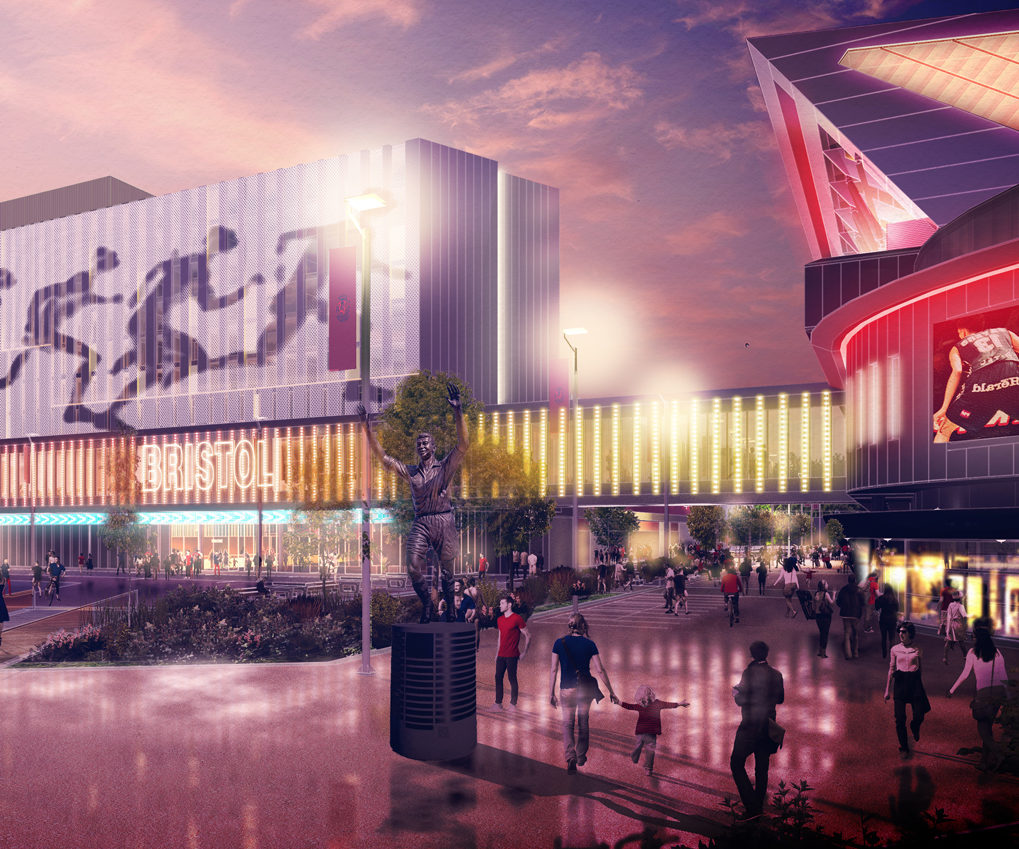 The Sporting Quarter will have at its heart a new home for Bristol Flyers, who currently play at the SGS College Arena in Stoke Gifford – image: Bristol Sport 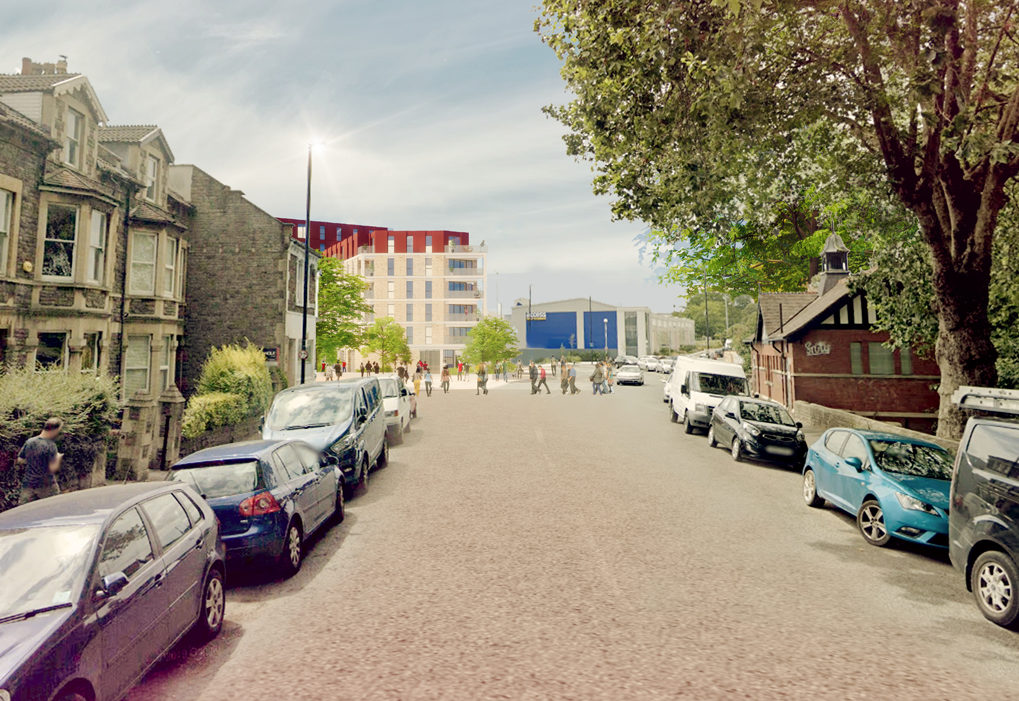 The Longmoor Village site is currently enclosed between the David Lloyd gym and Cala Trading Estate to the north and the metrobus route to the south west.

Plans are for the development to include some 500 homes, consisting of two-, three- and four-bedroom units “in a high-quality urban village environment” which will include affordable housing. 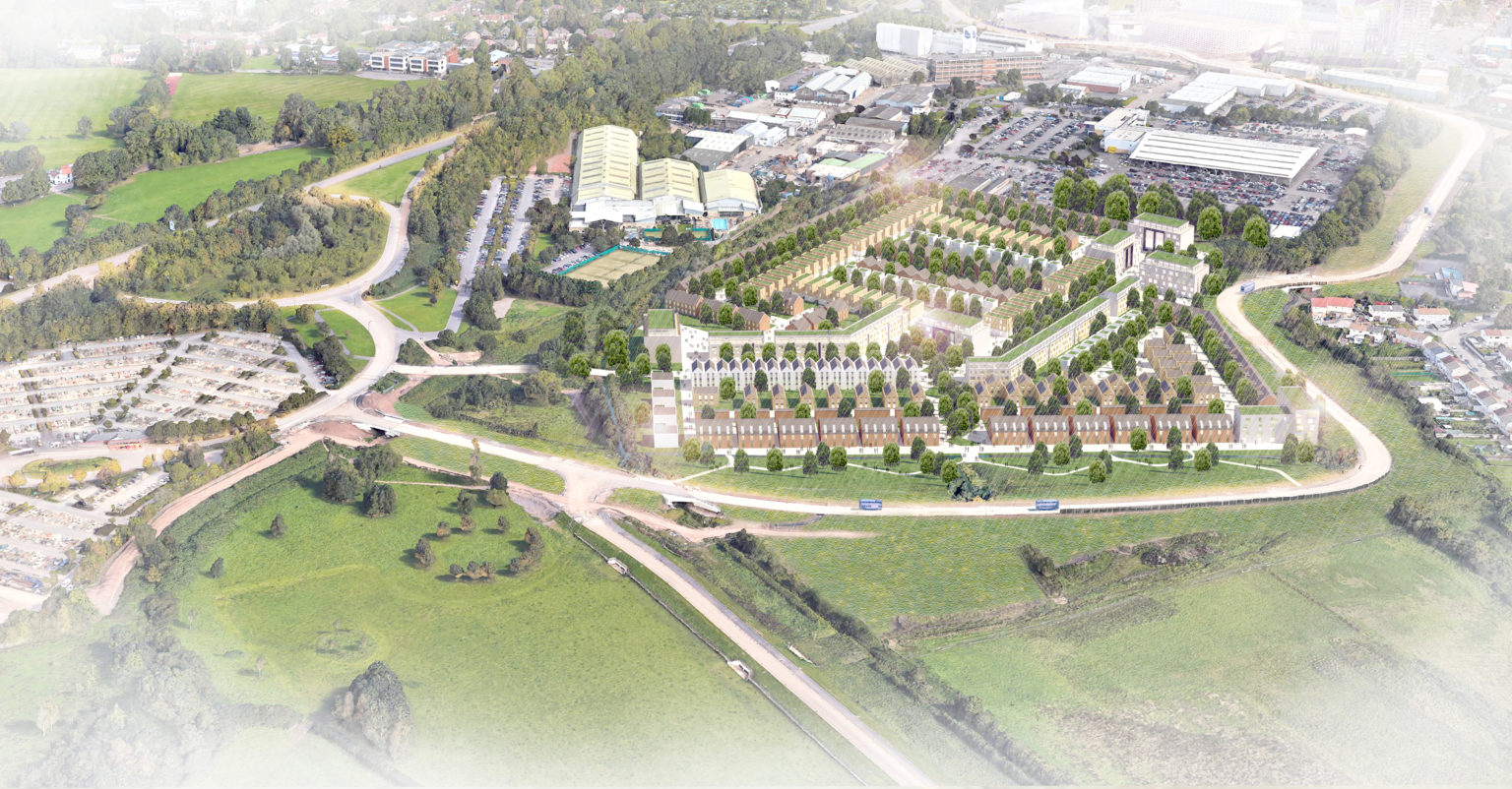 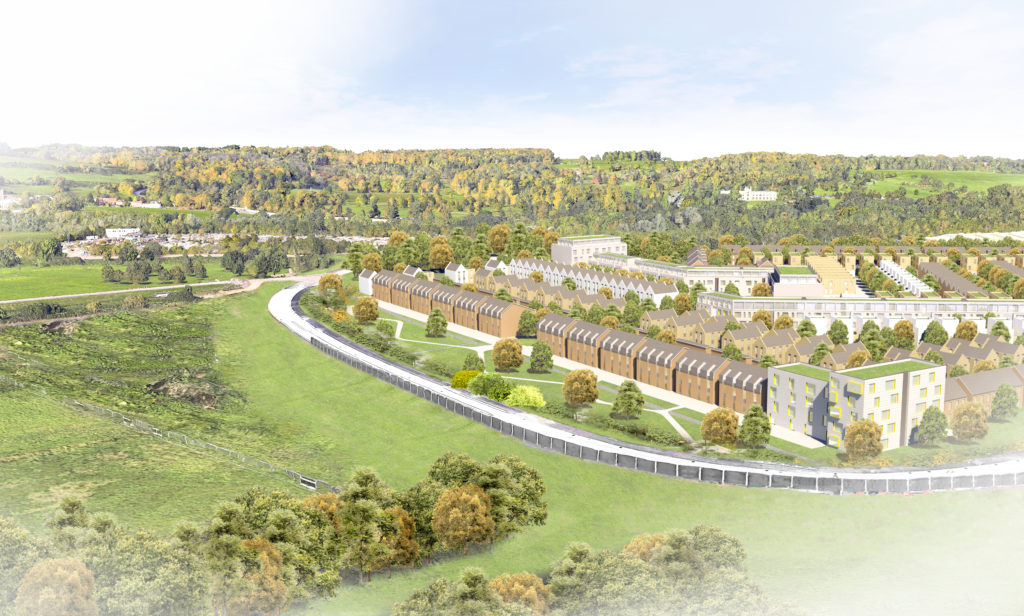 On the development’s website, Bristol Sport say that “the delivery of the metrobus route has changed the context of this land, moving the urban boundary.

“As a result, the Council has already reviewed the contribution this land makes to the Green Belt and has concluded that it no longer serves the purposes of functional Green Belt land.

“As a result, the land has been proposed for removal from the Green Belt and allocated for residential development of approximately 500 units.” 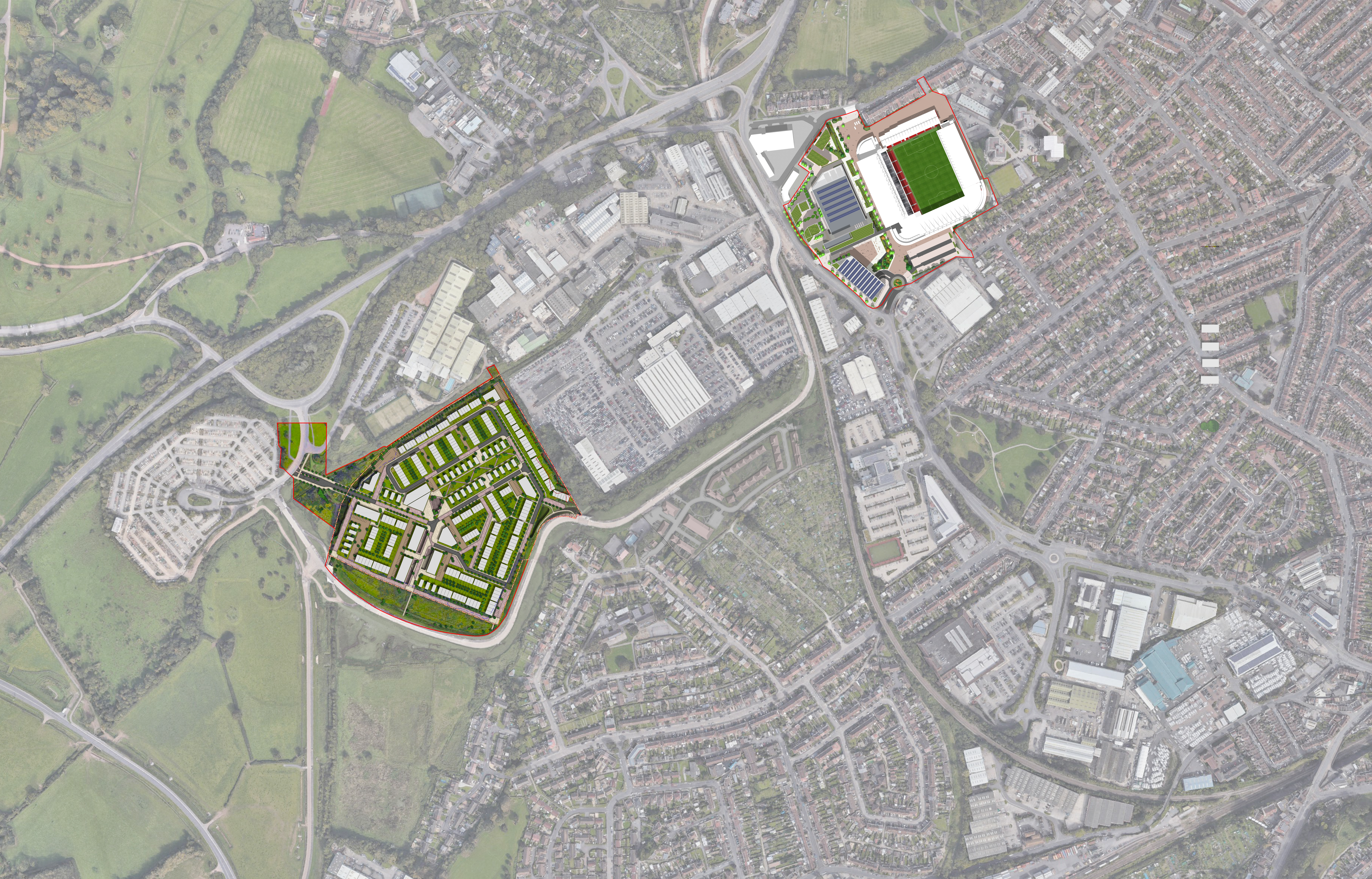 Longmoor Village is just 500m from Ashton Gate. The site boundary ends at the metrobus route and there will be no development south of this – map: Bristol Sport