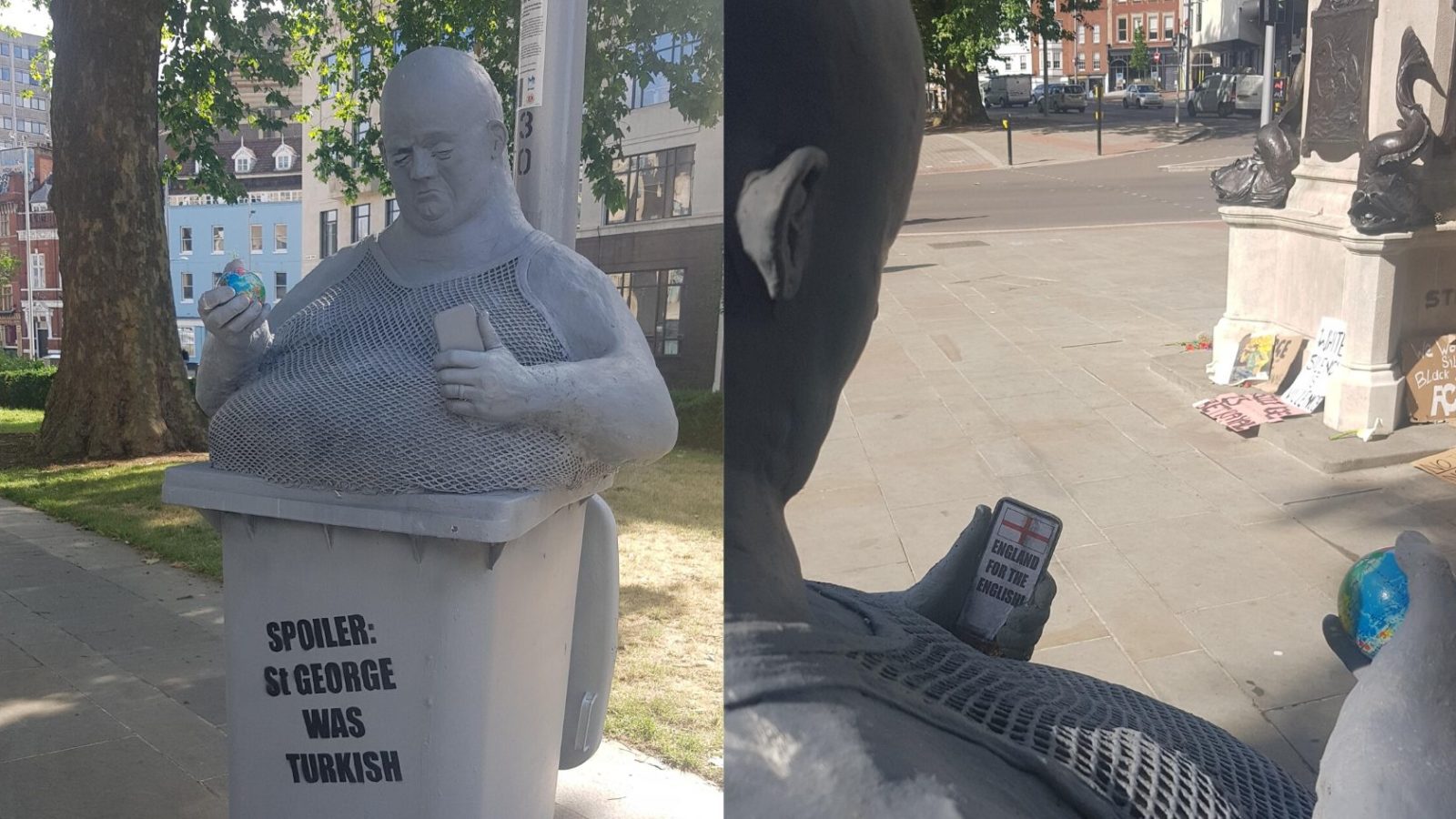 A new character sporting a string vest and beer belly now looks over the site where Colston’s statue was famously toppled from its plinth.

Resting atop a bin inscribed with the words ‘Spoiler: St George was Turkish’, the grey sculpture of a bald man is clutching a small globe in one hand and a phone in the other.

The screen shows the St George flag and text saying, ‘England for the English’.

The new mystery installation spotted on Monday morning follows an “All Lives Matter” demonstration at the weekend, which saw a group of protesters turn out with the stated intention of “defending the Cenotaph”. 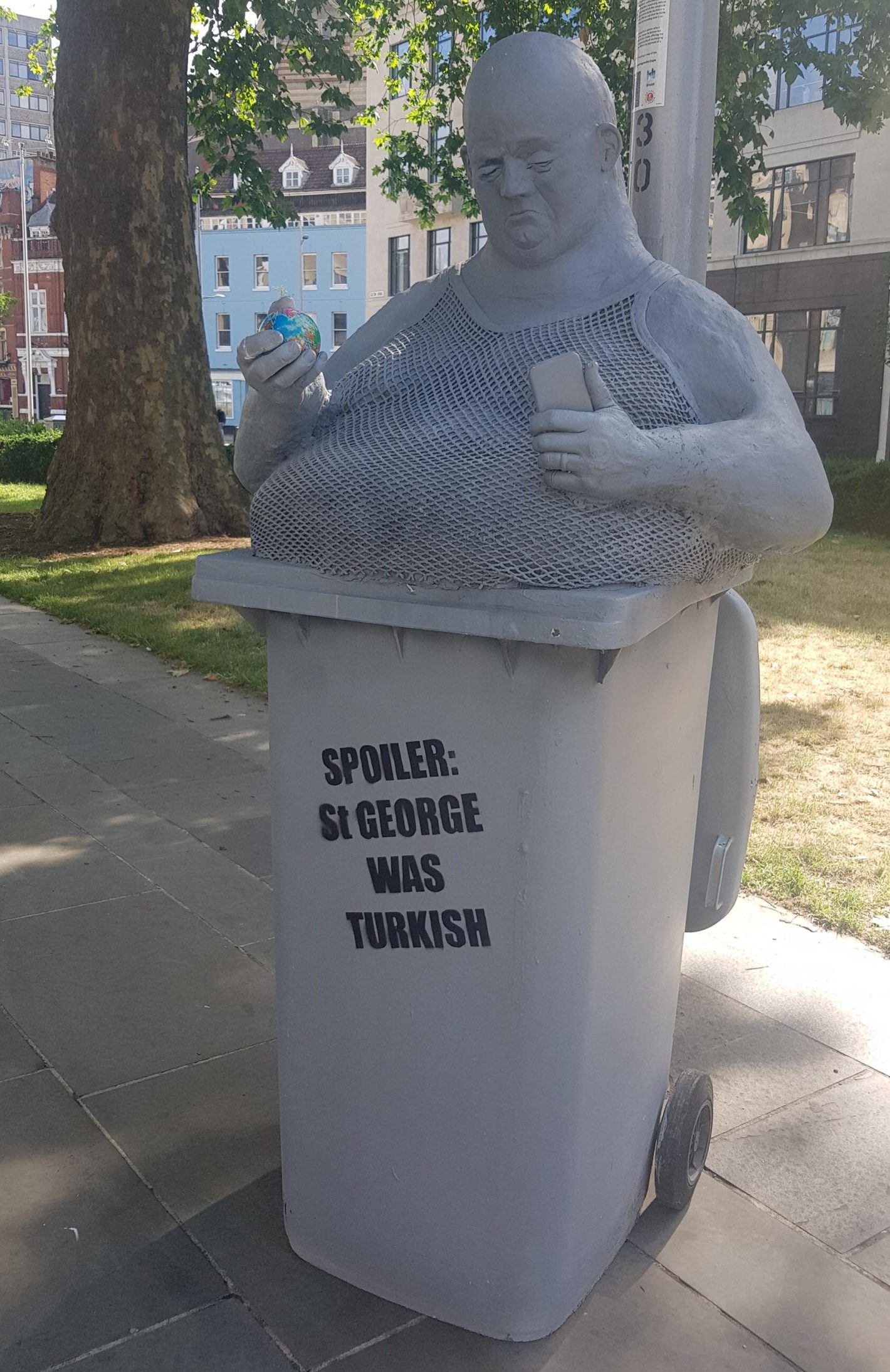 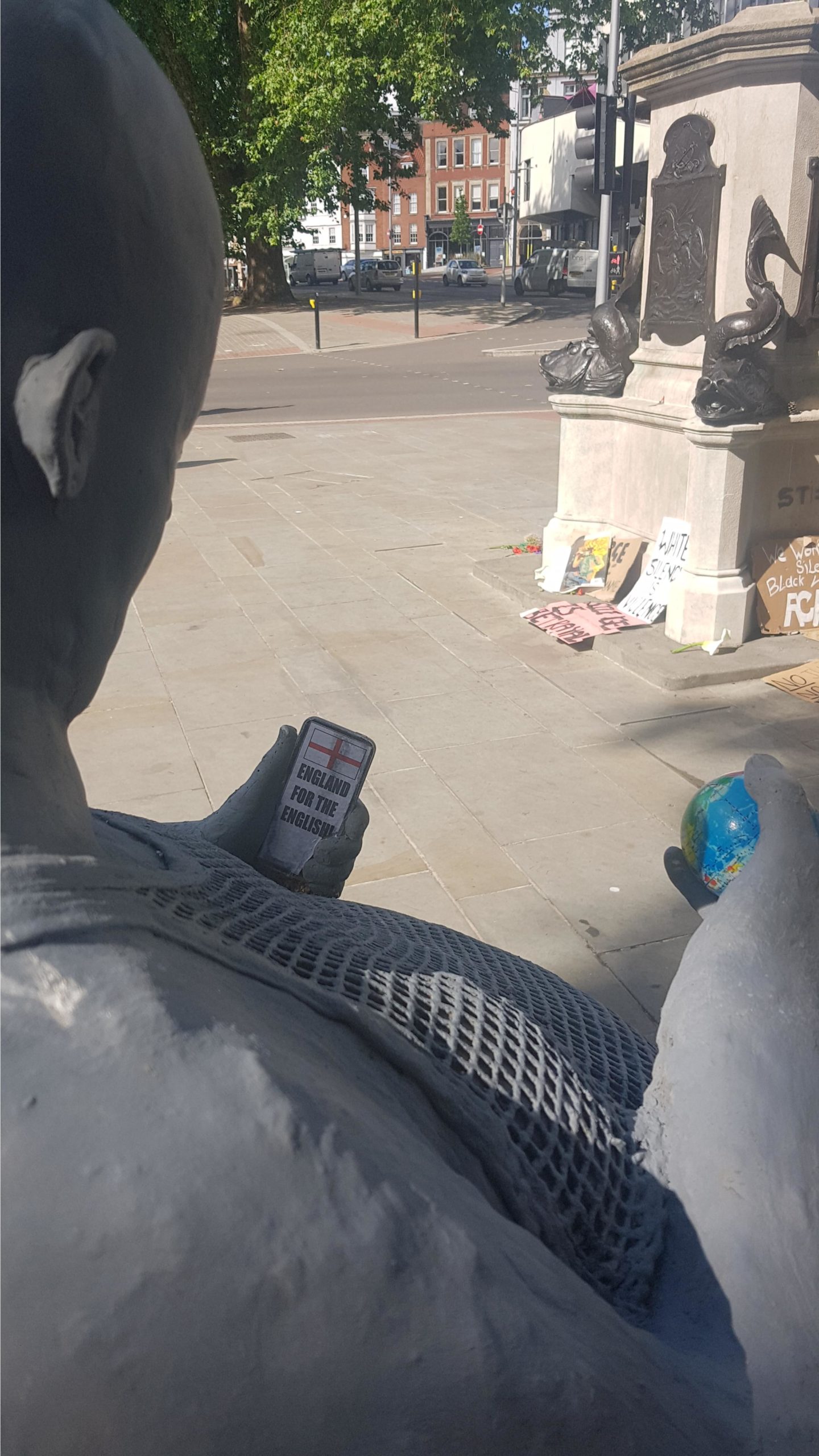 The new installation follows ‘All Lives Matter’ protests at the weekend

The artist behind the new statue on Colston Avenue remains a mystery.

Harry, who did not want to give his last name, saw the new installation on Monday morning and speculated as to whether it could be the latest Banksy works.

“I thought it was a mime artist when I first saw it from a distance,” he tells Bristol24/7.

The mental health nurse who lives in Old Market adds: “It’s a pretty cool piece. No doubt inspired by some folks who gathered nearby at the weekend.”

The statue bears some similarities to Ruth, a bespectacled character who appeared on Victoria Street in April 2018.

Do you know anything more about the statue? Please email ellie@bristol247.com.

All photos by Harry