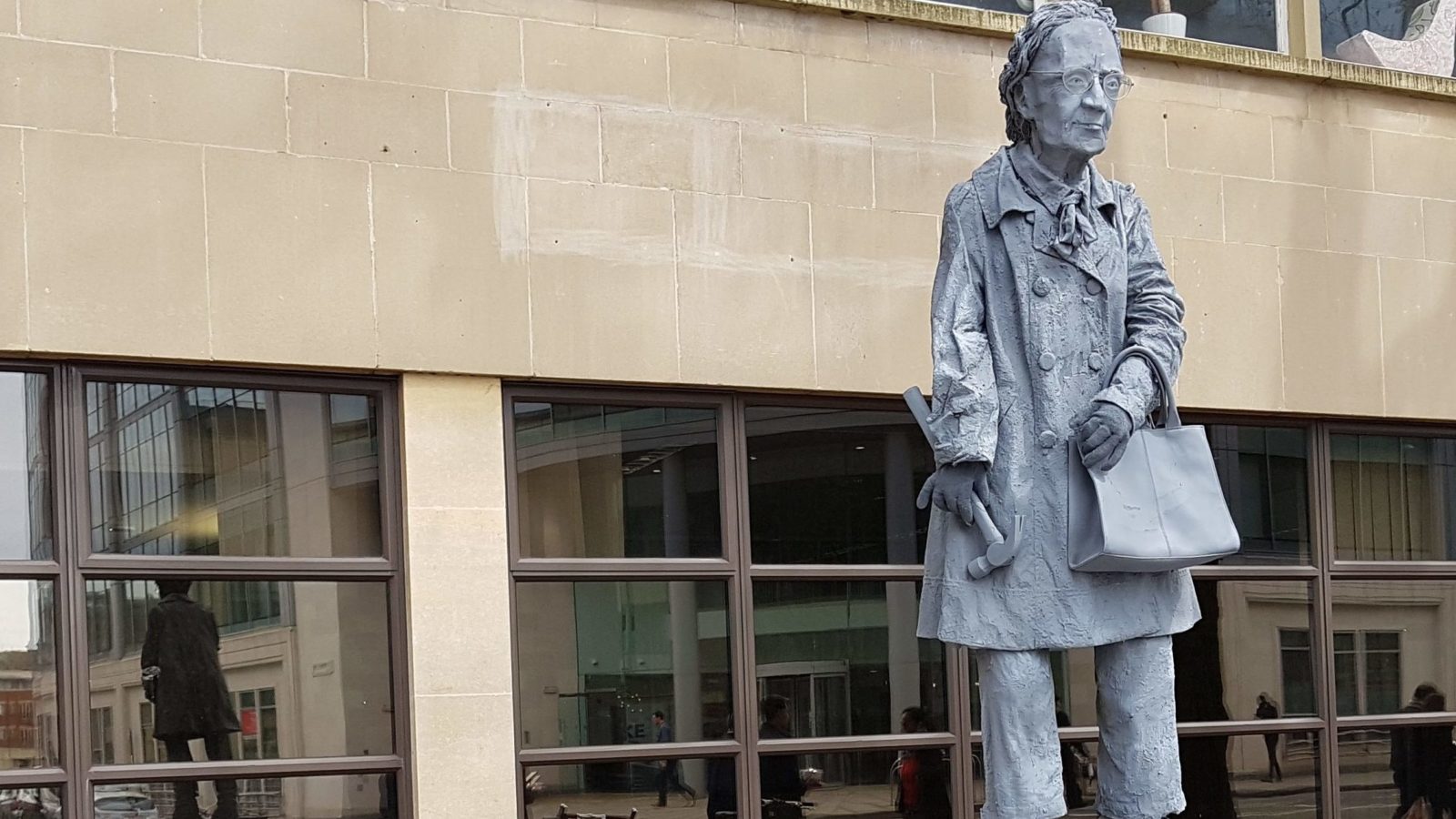 “Where’s this come from then?” questions one woman, stopping in her tracks to stare up at the new grey statue staring down at passers-by on Victoria Street.

Clutching a handbag in one hand and a hammer in the other, the elderly figure is larger than life and emblazoned with black writing that appears to say ‘OAP’ with an ‘anarchy’ symbol in place of the ‘A’. 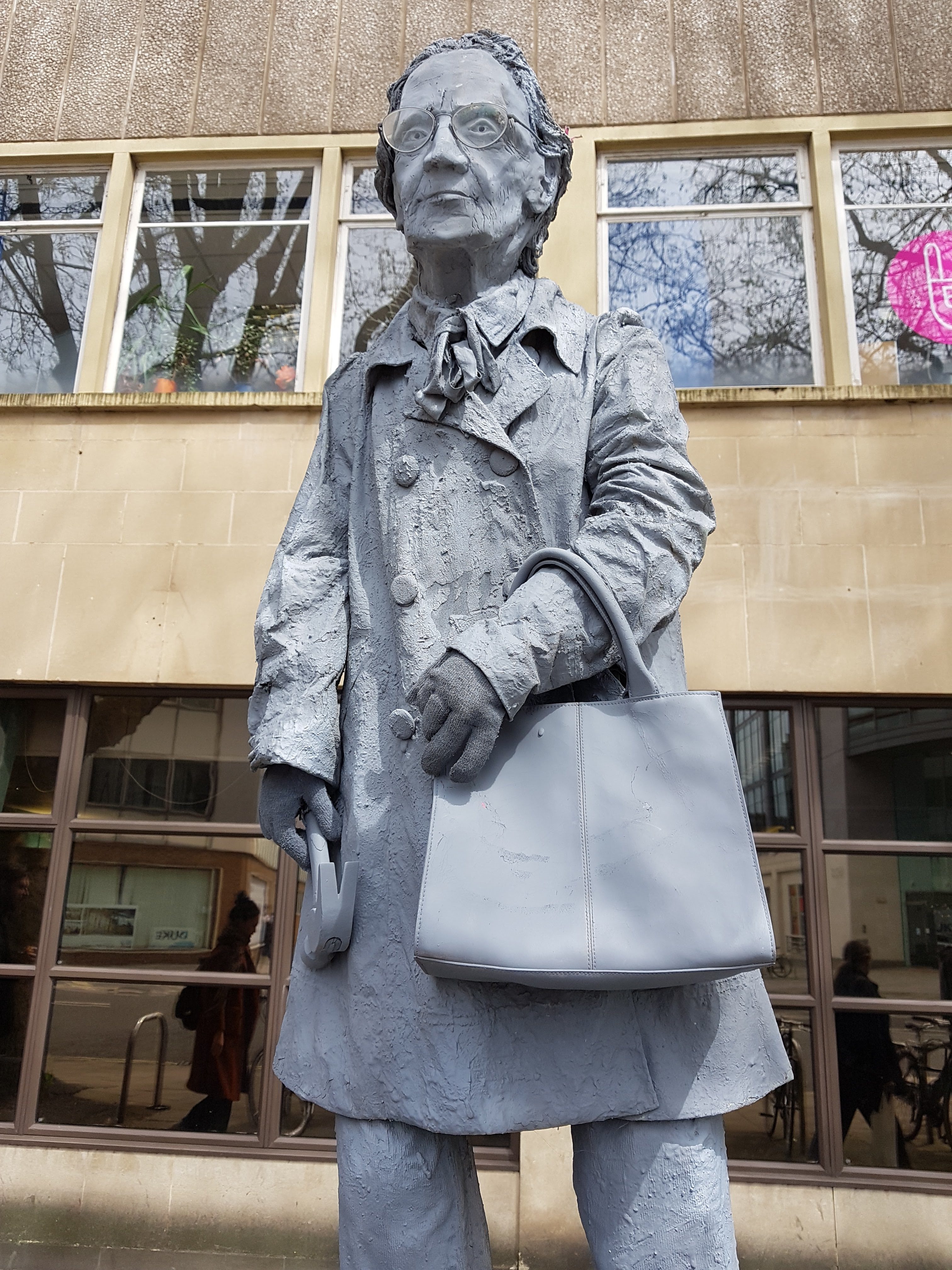 The statue, which is chained between two bike racks near Friska, mysteriously appeared overnight and is creating a talking point among people on their lunch breaks on Monday, as they stop to ponder Bristol’s latest street art installation.

“Could it be another Banksy?” asks one woman.

“I thought it was one of those street entertainers that move at first,” replies her friend. 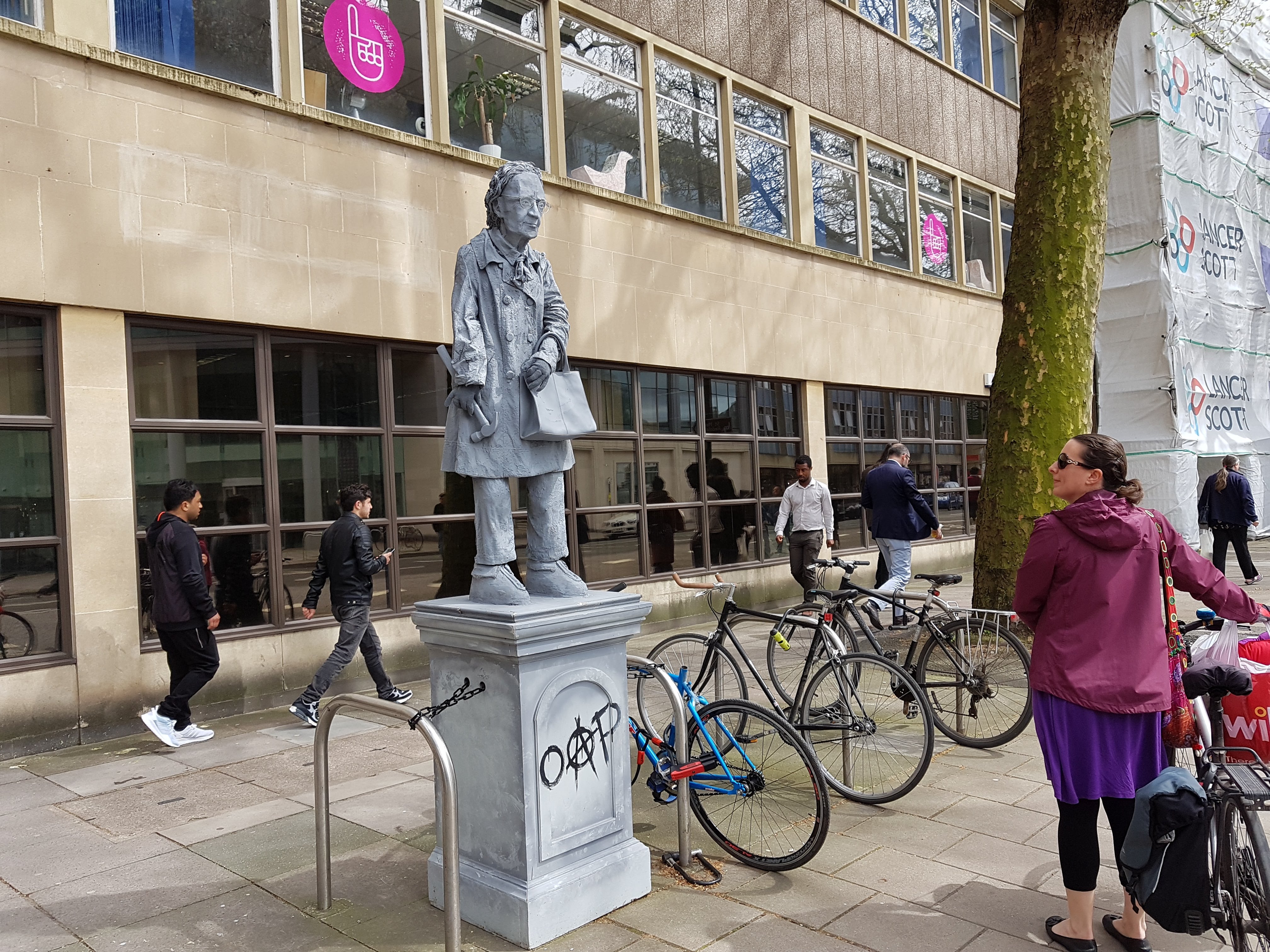 People stopped to ponder the new statue on Victoria Street

The bespectacled character, dressed in an overcoat and necktie bears also bears a simple inscription of ‘Ruth’ stencilled on the back of her plinth. 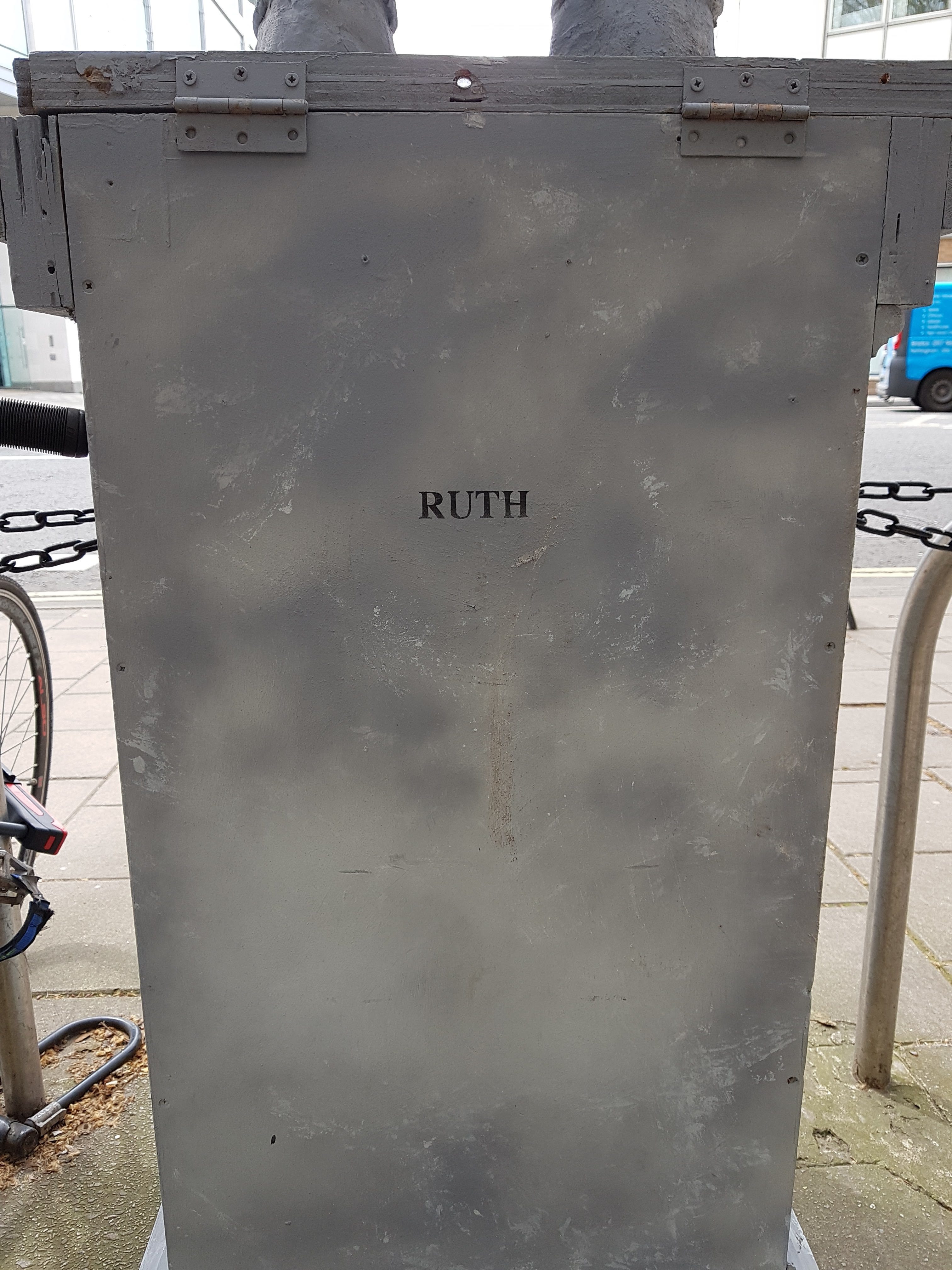 Tellingly, the position of the new statue is right in front of the headquarters of charity Age UK Bristol, which is based in Canningford House, leading some commentators to ponder if it is a protest about pensions or issues concerning the elderly.

A employee of Age UK Bristol said that nobody in the office had any idea who put the statue in place, but it has provided a source of entertainment to watch people stop and stare.

So far, no one has claimed the work, although it has some similarities with the mysterious angel that appeared outside the original BRI building on Marlborough Street in February. 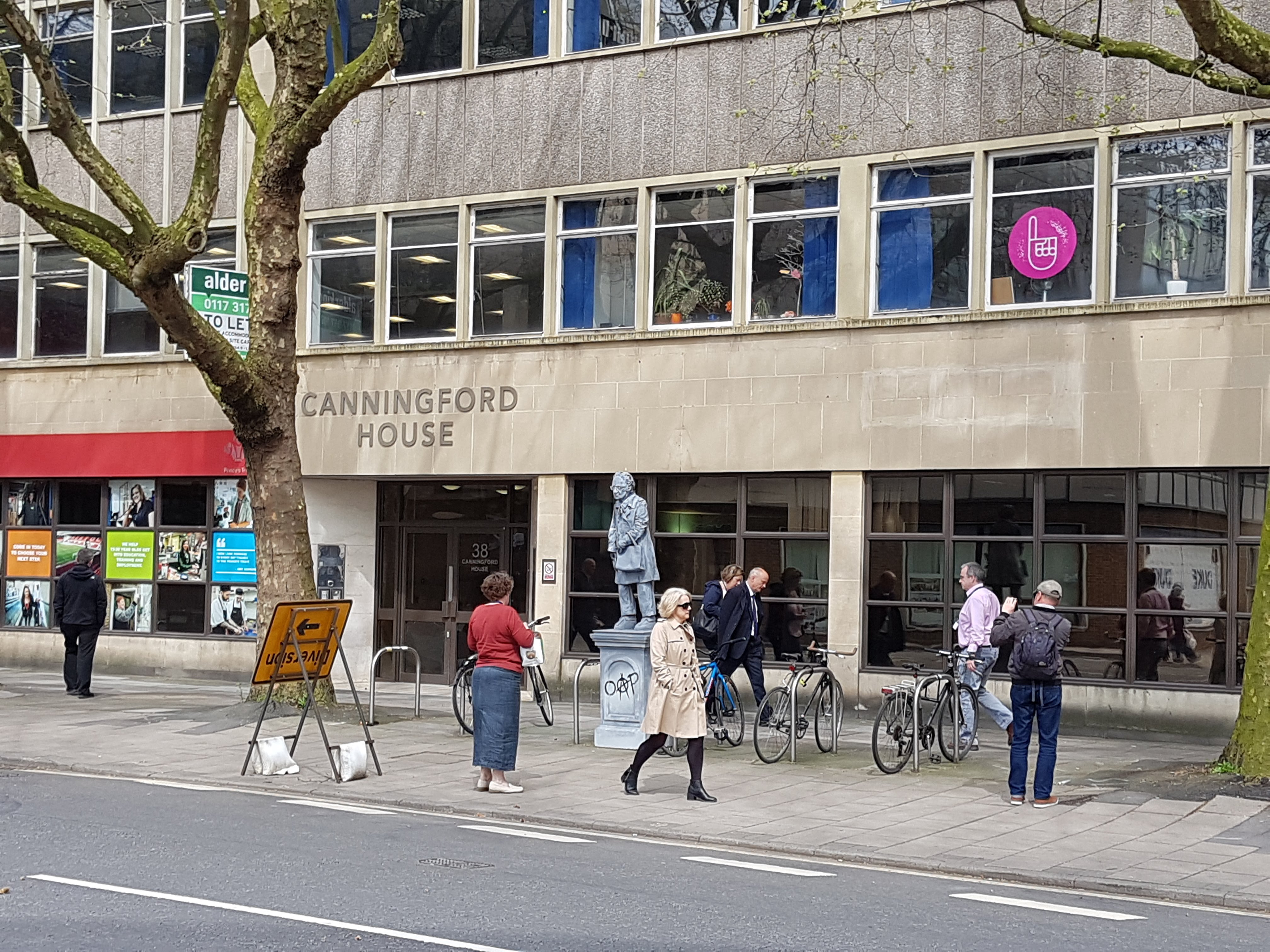 People pause to photograph the statue