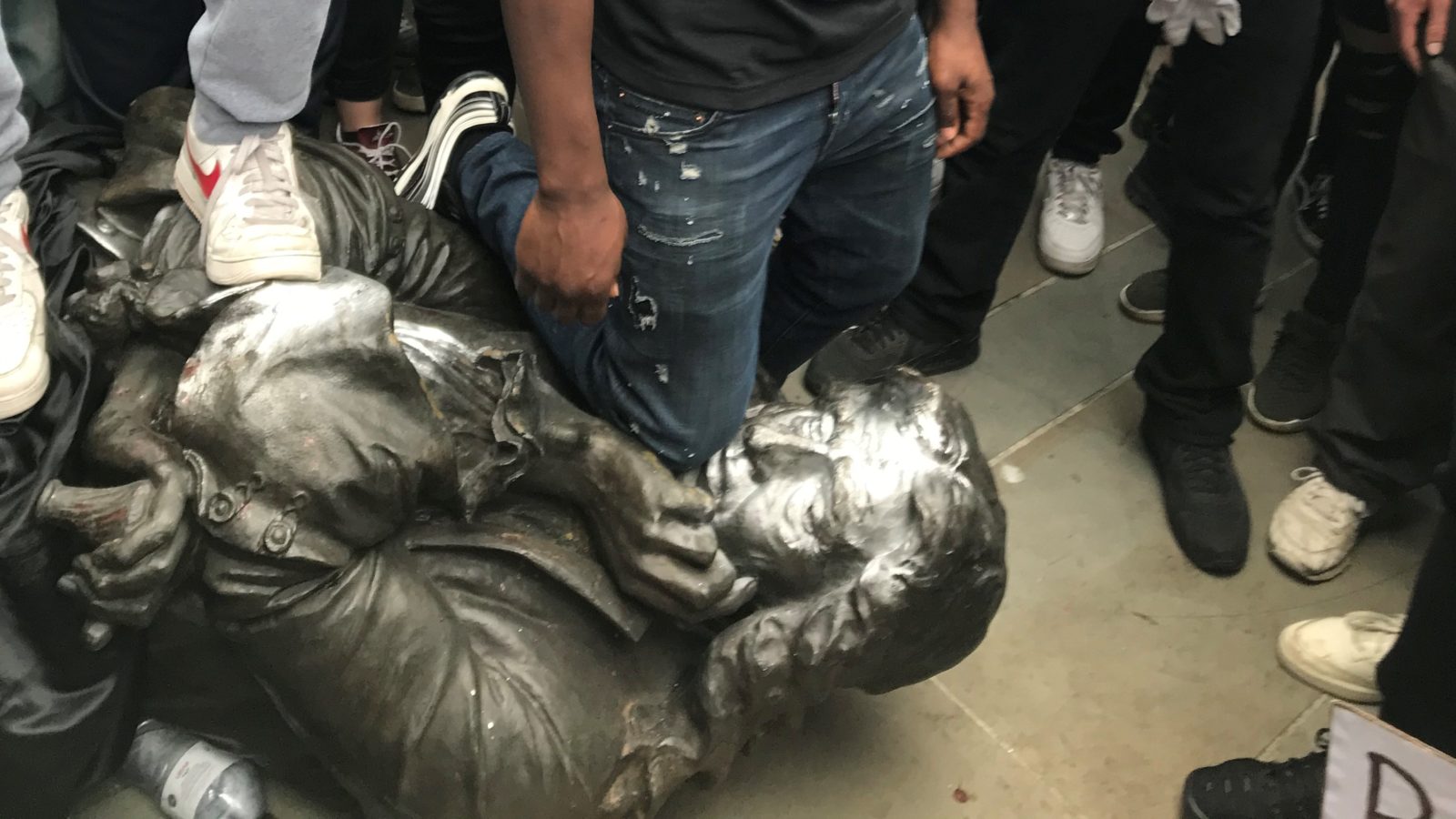 US rapper Ice Cube is among people across the world who have been reacting to the toppling of the statue of Edward Colston on Sunday.

“One Hood” he tweeted, also retweeting photos of the statue being pushed into Bristol’s docks.

The Gavin & Stacey star and now presenter of The Late Late Show on CBS, called the police response “considered, concise, not condoning, but understanding”, linking to a video of Avon & Somerset Police superintendent Andy Bennett.

On Monday morning, Bennett has told BBC Radio Bristol that police have identified 17 suspects over the criminal damage to the statue.

This is absolutely brilliant policing, considered, concise, not condoning, but understanding. pic.twitter.com/5N56yujPZd

The Bristol band added: “The Colston statue should never have been a public monument. Its history could have been understood in a museum.

“The elevation of a slave trader clashed badly with our civic identity. A philanthropy derived from crimes against humanity is as hollow as the statue itself.”

The elevation of a slave trader clashed badly with our civic identity.

A philanthropy derived from crimes against humanity is as hollow as the statue itself. #Colston pic.twitter.com/y3W4NON4Tp

Despite the Colston Hall not receiving any money from Colston and being named after the road it was built on, Massive Attack refused to play at the venue – which when it reopens after a major refurbishment will have a new name.

Tory members of Bristol City Council have branded the toppling of the statue “criminal damage” and called for the “perpetrators” to be prosecuted.

Conservative group leader Mark Weston said: “I do not believe that anyone has the right to deface or destroy public property, no matter how warranted they believe their actions or motivation to be.

“I believe that the perpetrators should be prosecuted for what is a wanton act of criminal damage.”

His comments echoed the sentiments of senior Tory MPs, home secretary Priti Patel and Bristol-raised Bromsgrove MP Sajid Javid, who condemned the felling of the statue.

BRISTOL: The empty plinth that for 125 years had a statue of Edward Colston on is cleaned this morning. Yesterday’s placards have been collected up and will be eventually put on display @bbcrb ⁦@BBCBristol⁩ pic.twitter.com/TGdcHYfOE6

Labour leader Keir Starmer said that, although the statue should have been removed years go, the manner in which it was pulled down was “completely wrong”.

Asked for his reaction to what happened on Sunday, Starmer told LBC listeners: “It shouldn’t be done in that way. Completely wrong to pull a statue down like that…

“A statue is there to honour people. And you can’t have that in 21st-century Britain. That statue should have been brought down properly with consent and put, I would say, in a museum.”

The Society of Merchant Venturers, of which Colston was a member and up until only four years ago kept his nails and hair on display at their headquarters, Merchants’ Hall, in Clifton, released a brief statement on Monday morning.

It read: “As people around the world, in the UK & here in Bristol, take a stand against racial injustice, we are committed to educating ourselves about systemic racism & its impact. We have a responsibility to identify & challenge racism & inequality in all that we do & wherever we see it.”