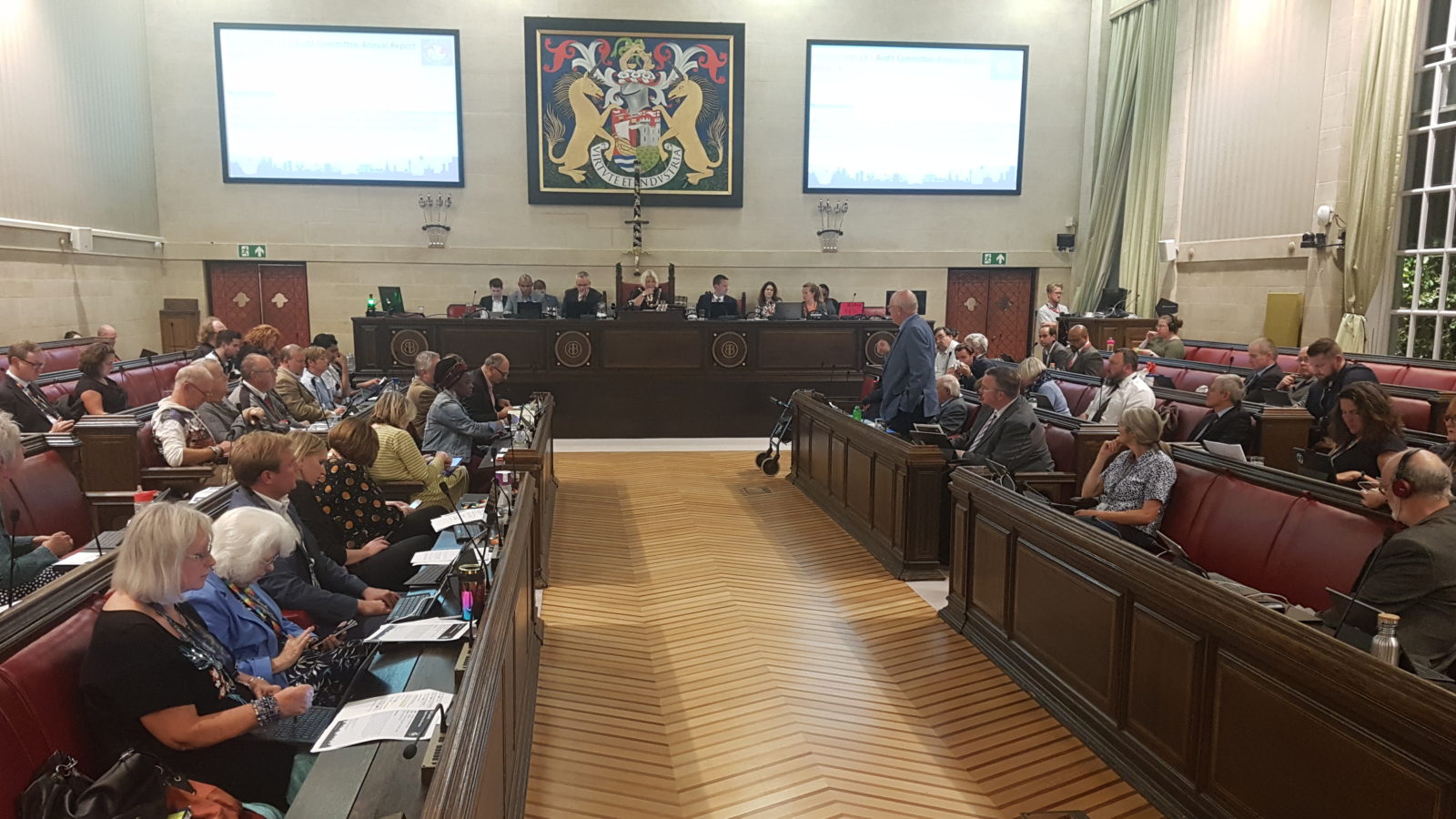 The Bristol mayor is set to receive a pay rise of almost £9,000 to match the salary of an MP.

The 12.6 per cent increase from the current level of £70,605 to £79,468 was agreed at a full council meeting on Tuesday, September 10, following the recommendation of an independent review panel.

The pay rise will come into effect after the May 2020 mayoral and council elections.

There will be no increase in the special responsibility allowance for any of the city council’s nine cabinet members — including both deputy mayors — the lord mayor, deputy lord mayor, opposition party group leaders and chairmen of the four scrutiny commissions and three regulatory committees.

Speaking at the meeting, the chair of the independent remuneration panel, Wendy Stephenson, said there is still more work to be done to review the pay for these roles.

The changes to members’ allowances will cost taxpayers an extra £139,926 a year, taking the overall bill from £1.28million to £1.42million.

A report to members said the mayor’s pay comprised a special responsibility allowance but not the basic allowance.

It said the panel concluded this should have been included in the role’s remuneration since the city’s first directly elected mayor, George Ferguson, took office in 2012, but that it had not been.

There is no mention in the report of any back pay for either Ferguson or current mayor Marvin Rees.

The report said some, but not all, councils of a similar size paid their mayor the basic allowance on top of the special responsibility allowance.

It said: “The panel was of the understanding that this payment should have been made since the directly elected mayor position was created in 2012.

“The panel also noted that when the directly elected mayor’s special responsibility allowance was originally set, it matched that of an MP.

The report said directly elected mayors played a “significant role on a national level and also often have an international profile as the figurehead of the city”.

It added: “In making the recommendation regarding an allowance for the elected mayor, the panel was mindful that the council needed to be able to attract high-calibre candidates with the skills, knowledge and experience for this position who were also able to commit to the leadership of the city.

“This is an extremely high-profile and demanding role, not without risk, and should be rewarded as such.

“While the panel was initially minded to set the special responsibility allowance for the mayor at a higher rate, following cross-party discussions they accepted there were issues around public perception which would make it difficult for politicians to support a significant increase.”

Instead, it recommended reducing the mayor’s special responsibility allowance from the current £70,605 to £65,512, but then top it up with the basic allowance, taking the mayor’s salary to £79,468.

The report said: “While the panel were mindful of the ongoing financial pressures affecting public sector bodies, it also strongly felt that elected representatives were not being remunerated fairly for the work they were undertaking and this inevitably had a direct impact on those who could afford to enter public life.

“The panel were of the view that if the council was to become more diverse, the basic allowance needed to be increased.

It said that apart from inflationary increases that have matched annual rises in officers’ pay, the local authority’s allowances scheme had not been changed since 2014.

The new basic allowance has been calculated on a member working an average 25 hours a week on council business at £13.41 an hour — the median average wage for Bristol residents — but with a 20 per cent reduction to reflect the voluntary element of the role, the report said.

At present, travel and subsistence is deemed to be included in the allowance to simplify the system and reduce the bureaucratic burden on officers who would have to deal with expense claims from the 71 councillors every month.

But the panel decided that was unfair because of members’ different travel needs.

On its recommendation, travel and subsistence will be separated from the basic allowance and introduce direct invoicing for expenses claims for mileage, including cycling, and other modes of transport.

Councillors’ existing free car parking permit scheme will be retained but a bus pass could also be introduced to make it fairer for those who use public transport.

There is no proposed immediate change to the £21,550 special responsibility allowance for deputy mayors Craig Cheney and Asher Craig or the seven other cabinet members, all of whom also receive the basic allowance.

The report said the panel would conduct a full review of their pay before the next local elections in May 2020, when all the changes would come into force.

However, because the Labour group technically has no leader as the mayor effectively holds that role,  there will be an additional position created commanding that same amount for whichever party holds the majority on the council.

Special responsibility allowances for party whips, who support group leaders and members, including pastoral care and helping to manage workloads, will rise from £6,465 to £8,000.

The pay of lord mayor and deputy lord mayor, which are largely ceremonial roles but involve a large number of engagements, will be unchanged at £21,550 and £6,465 respectively.

The overview and scrutiny management board chairman’s special responsibility allowance is set to rise from £6,465 to £8,000, while there will be no increase for the chairmen of the four scrutiny commissions or the currently unpaid scrutiny task groups chairmen, ahead of a review of their pay by April 2020.

The chairmen of regulatory committees, including development control and public safety and protection, will continue to earn £6,465 on top of their basic allowance, while the human resources committee chairman will be paid for the first time, receiving the same amount, following an expansion of their workload.

But the licensing committee chairman will be stripped of the special responsibility allowance, with the £6,465 to be split between licensing sub-committee members, who do the bulk of the work at lengthy hearings.