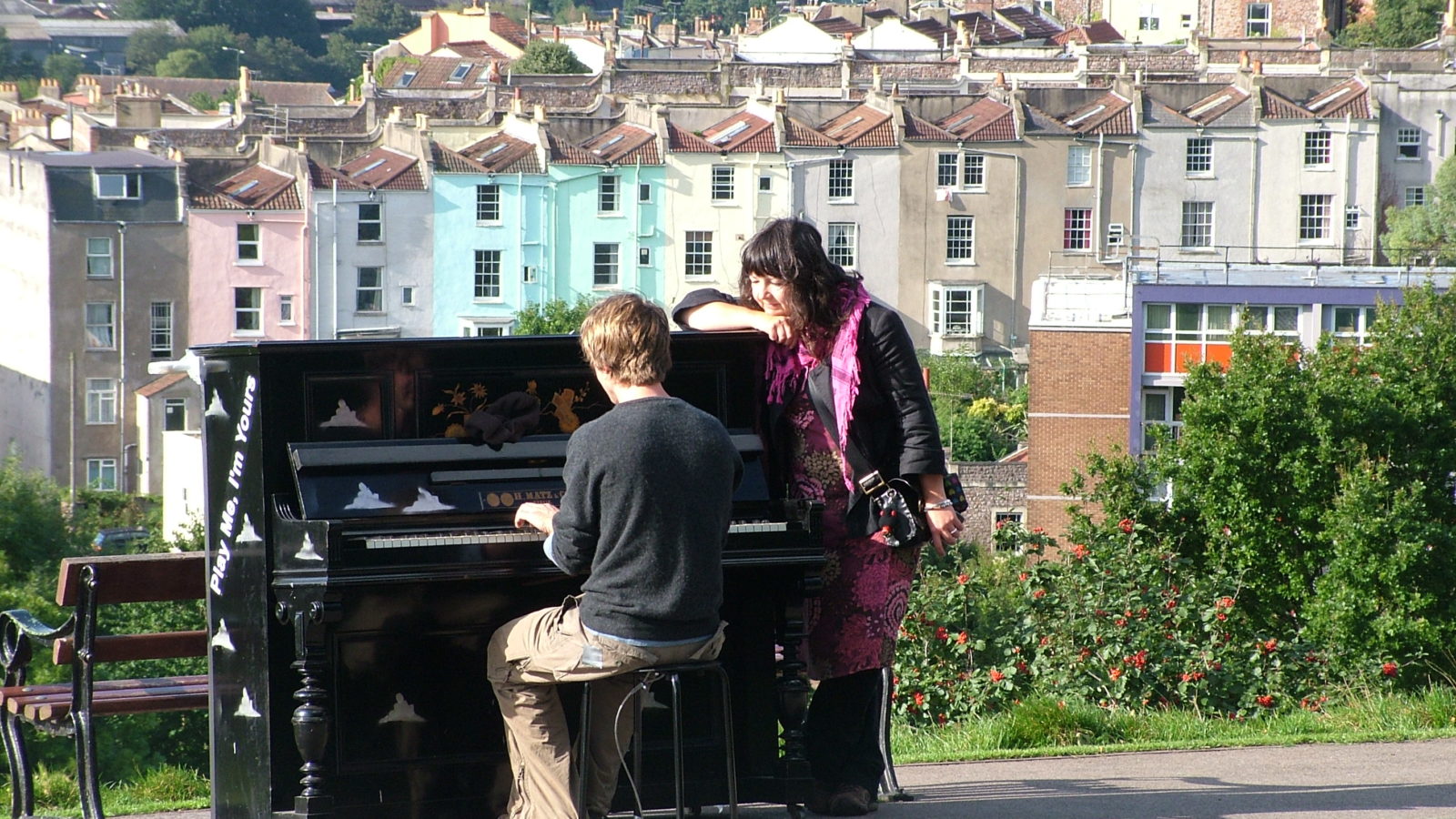 Luke Jerram is the man and mind behind the giant waterslide that graced Park Street in May 2014 and a flotilla of marooned fishing boats in Leigh Woods. Now, he’s hoping to transform the streets of Bristol once again, by flooding them with music rather than water.

Luke’s project, ‘Play Me, I’m Yours’, has brought over 1700 pianos to the streets of 55 cities worldwide. It is now a not-uncommon sight to see pianos in streets, stations and festivals, often bringing strangers together over a shared love of the joanna.

“Two journalists from different papers in Sydney met over a piano while writing about the project and they ended up getting married,” says Bristol-born Luke in an exclusive interview with Bristol24/7. “I’ve also heard of people being talent-scouted after playing them.”

These are just some of the millions of moments sparked by the simple act of placing a piano in the street. Luke regrets that he cannot find out about all of them, but perhaps the best thing is, you never know what you’re going to get. “Some people look really creative and they can’t play at all. Then sometimes, a homeless guy sits down and is totally amazing,” Luke continues.

“There’re lots of people who have training in piano but don’t have access to one because they’re expensive, or people who play at home but never think about performing on stage. These pianos can turn ordinary people into street performers.” 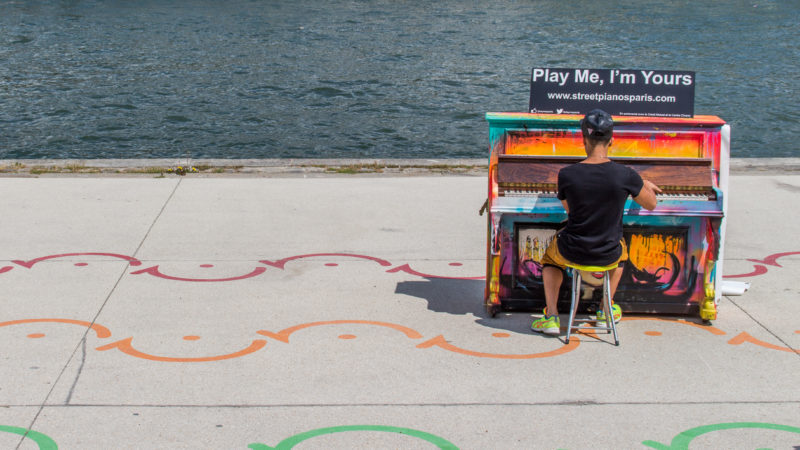 St Pancras Station in London is so fond of the piano that was installed there that it lovingly replaces it when it gets tired out. The same is likely true somewhere in many of the countries Luke has taken the project to. But, funnily enough, the original idea was sparked not by creative invention, but financial necessity.

Luke had promised Birmingham City Council a large scale arts project involving live musicians in hot air balloons. They were supposed to play as they drifted over the city in the early morning with speakers attached to the balloons, and in doing so reach people with music as they dreamed.

The weather, however, was not permitting, and Luke found himself with half his budget gone, some surly trombonists and no project to speak of. His solution? Plant pianos throughout the city and make the public the orchestra.

Ten years later, he’s hoping to bring 20 pianos to Bristol for three weeks for the delectation of talented and not-so-talented passers-by.

“It’s the 10th anniversary of the project and people in the city need cheering up. We all need cheering up,” he says. “The project is normally funded by a festival or major arts organisation. But I thought, perhaps we could do it in Bristol through crowdfunding. Creativity is what gives Bristol its uniqueness and its edge.” 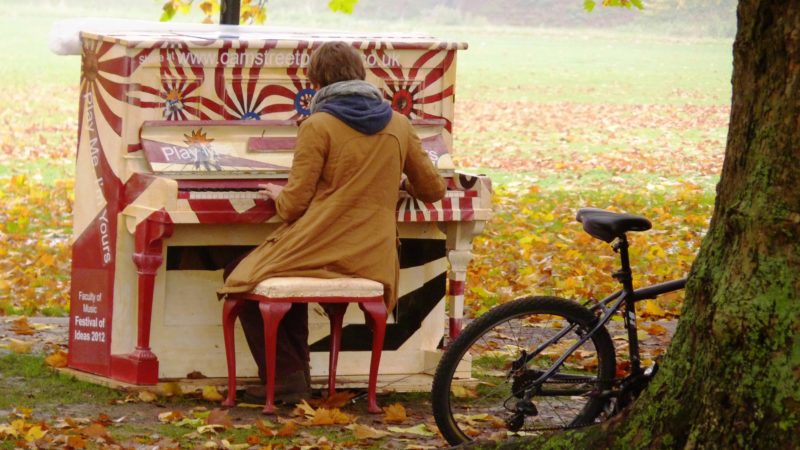 Of its £40,000 target, the crowdfunder has reached an impressive £37,289 at the time of going to press, with less than 24 hours before its deadline of 10am on Friday, May 26. But it hangs in the balance whether the remaining £2,711 needed for Arts Council match funding will be reached.

The money raised would go towards buying, installing, maintaining and tuning the pianos, as well as commissioning 20 Bristol artists, including illustrators, sculptors and textile artists, to decorate them.

Once the three-week project is finished, some pianos will remain in the public domain and others will be donated to organisations, incluing schools and youth centres.

If you want to see 20 pianos in Bristol for three weeks from Aug 17-Sept 7 2017, donate to the crowdfunder and spread the word on Twitter using the handle @streetpianos.