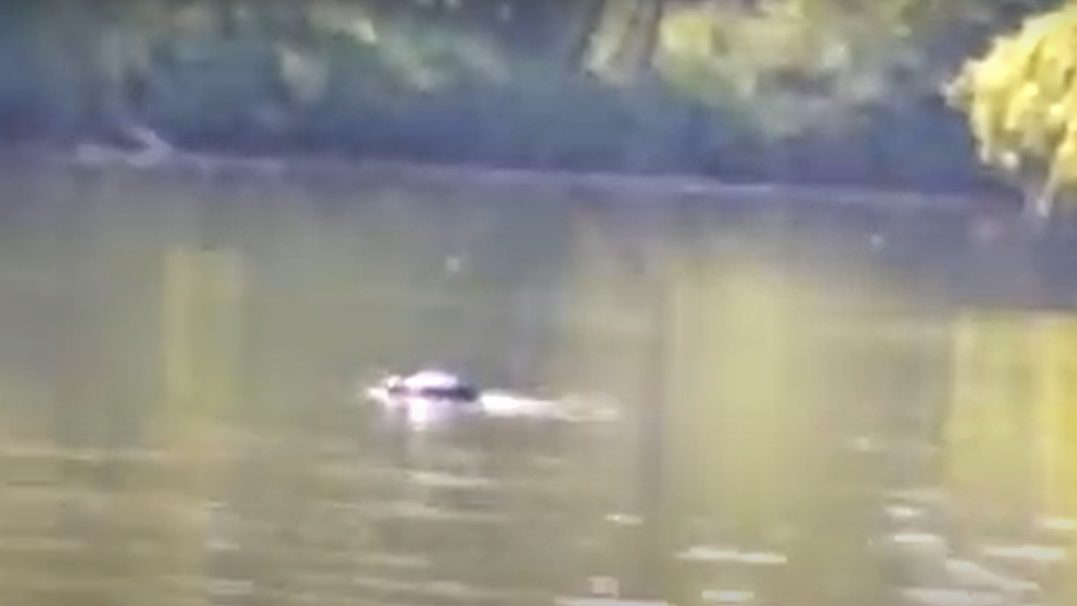 The crocodile rumoured to live in the waterways around Bristol looks like it has been joined by another creature.

A Bristol24/7 reader has sent us video of what she thinks is definitely a seal frolicking in the summer sunshine.

The marine mammal was spotted on Friday afternoon in the river near Beese’s in St Anne’s.

A family of otters has been photographed hunting among the houseboats in the Floating Harbour and in the Eastville Park lake.

But very rarely has a seal been sighted this far up the Avon, having to swim up into the city from the Bristol Channel.

The first sighting of the crocodile was by a bus driver in 2014 close to Bedminster Bridge.

A group of South African fur seals live at Bristol Zoo but there are no reports of any of them escaping.

Tom Gwillam also sent in this video of what appears to be a seal near the Old Lock & Weir pub in Hanham.

Read more: Dozens of animals at Bristol Museum covered in veils to highlight dangers of extinction